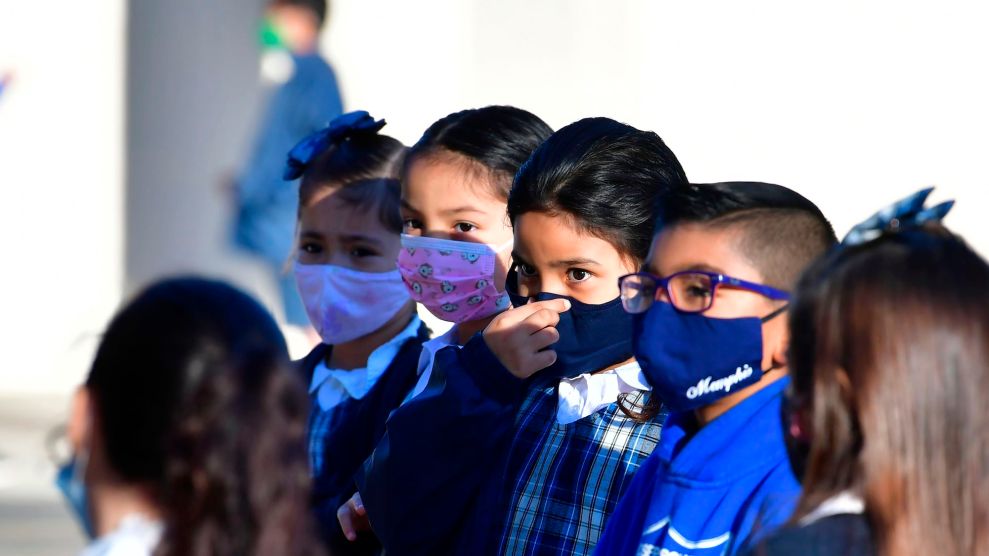 Researchers have long known that the coronavirus is airborne, lingering in floating particles that spread whenever an infected person coughs, sneezes, or simply exhales. It’s the reason public health authorities have been urging schools to improve ventilation as part of their reopening plans: Bringing in more clean outside air can dilute the virus in classrooms, hallways, and cafeterias, helping to prevent spread. But thousands of schools across the country have gone a step further, using high-tech air cleaning systems in an attempt to fight COVID-19—often paying for air purifiers with federal CARES Act money intended to make schools safer during the pandemic.

Now, a top seller of one of the most popular high-tech air purification technologies among schools is facing a federal class action lawsuit claiming that its devices could produce toxic chemicals in classroom air and do not work as advertised to fight COVID, according to a court filing.

“Global Plasma Solutions Inc. preys on people desperate to cleanse the air and protect themselves from ailments including the COVID-19 virus,” alleges the complaint filed in US District Court in Delaware on May 7. “Defendant’s ‘profits over people’ scheme won the company acclaim, publicity, and generated hundreds of millions of dollars in sales.”

Global Plasma Solutions (GPS) is one of the country’s top manufacturers of purifiers that use a technology called bipolar ionization: small machines, usually installed in air ducts, that zap passing air molecules and give them a positive or negative electrical charge. According to the company, those charged molecules, called ions, spread through the room, destroy pathogens, and eliminate other harmful contaminants. GPS claims its devices can eliminate 99.4 percent of the coronavirus from surfaces in 30 minutes and 98.3 percent of the coronavirus from the air in 60 minutes. Schools have found the pitch compelling: GPS says over 1,300 K-12 schools have installed its devices, and demand has only increased over the last year. The lawsuit, which was filed by Robert Garner, a Maryland resident who bought a GPS ionizer for $750.67 in March, estimates that GPS has sold “tens of thousands of units” at minimum.

The company’s claims about COVID are “deceptive,” overstating the purifiers’ ability to fight COVID and “instilling customers with a false sense of security through misleading claims,” according to the lawsuit. Testing that GPS touts as “independent” is actually paid for by the company itself and employs unrealistic experimental conditions, the complaint adds. It cites an investigation published last week by Kaiser Health News, which found that one of the company’s COVID tests amounted to blasting the virus with 27,000 ions per cubic centimeter in a chamber the size of a shoebox. (In a full-sized room, the complaint adds, the machine would generate a concentration of 13 times fewer ions.) A GPS spokesperson says that further tests in larger chambers, with lower ion concentrations, still reduced airborne coronavirus by more than 90 percent. While 2,000 ions per cubic centimeter is a “minimum goal,” she adds, some real world spaces using the company’s technology reach more than 40,000 ions per cubic centimeter.

All in all, the lawsuit paints a picture of an air purification company whose products make the air worse, not better. “Defendant’s misrepresentations and false statements were woven into an extensive and long-term advertising campaign,” the complaint says, citing company webpages and other marketing portraying the ionizers as safe and effective. “The misleading representations grew like a virus.”

Back in March, I interviewed Delphine Farmer, a chemist at Colorado State University who was at the time working with other scientists on one of the only peer-reviewed studies on bipolar ionization in real-life environments. Farmer warned about the unintended consequences of using what she described as an unproven technology:

As an environmental chemist, I think about the precautionary principle, where you say, “Well, if this might do harm, and you don’t need to do it, then you just shouldn’t use it.” You have to prove that something is benign—that it’s not going to hurt the environment, and it’s not going to hurt people before you use it. And I think this rush to market these air cleaning devices is very concerning. I think we’re creating devices that might—not guaranteed—but they might create some some dangerous byproducts. And they certainly haven’t been proven to be effective.

Farmer’s study, which was published in the journal Building and Environment later that month, tested GPS devices in an experimental chamber and an occupied office building. While the experimenters didn’t test for the coronavirus, they found the machines did little to remove particulate matter from the air and actually appeared to produce some concerning byproducts. The class-action lawsuit filed Friday argued that GPS machines are not as safe as the company’s advertising would make it seem, because the gaseous byproducts detected by researchers included “harmful toxins including Acetone, Ethanol, Toluene, and Butyraldehyde.”

The study by Farmer and her collaborators had immediate consequences for communities struggling with how to safely open schools: During a school board meeting in Montclair, New Jersey, last month, it fueled questions from parents worried about the GPS ionizers recently installed in local schools. (According to the local newspaper, the district has decided to turn off the machines until they can be researched further.)

GPS, meanwhile, has gone on the offensive, publishing a rebuttal to the Building and Environment study and pointing to what the company says are flaws in the experimental design. Since March, GPS also filed defamation and product disparagement lawsuits against two indoor air engineering consultants who have publicly criticized the company’s products and testing, including one who likened the air purifiers to cigarettes. “We intend to aggressively defend our technology and claims,” a GPS spokesperson told me. “Testing in independent labs and feedback from thousands of installations demonstrate that GPS technology works, is safe and can play an important role in making comprehensive air cleaning and filtration systems even more effective. We will review the complaint and respond accordingly.”

A judge has yet to rule on whether the lawsuit, which claims more than $5 million in damages for consumers nationwide, can proceed as a class action. Yet it all but ensures that the question of whether GPS bipolar ionizers work—and whether they are dangerous—will be litigated in court, with potentially devastating results for GPS. After all, the company now finds itself standing in the same shoes once occupied by the Sharper Image, whose signature product (along with massage chairs) was an ionizing air purifier called the Ionic Breeze, which used an earlier version of the technology now employed by GPS’s devices. In 2005, a series of articles in Consumer Reports claimed that the Ionic Breeze did little to clean particulates from the air, but produced harmful byproducts—in this case, ozone. Like GPS, the Sharper Image fought back with a defamation and product disparagement lawsuit. It lost. And soon, like GPS, Sharper Image was facing a nationwide class action lawsuit that helped drive it into bankruptcy.

This story has been updated to provide more context about GPS’s coronavirus testing.