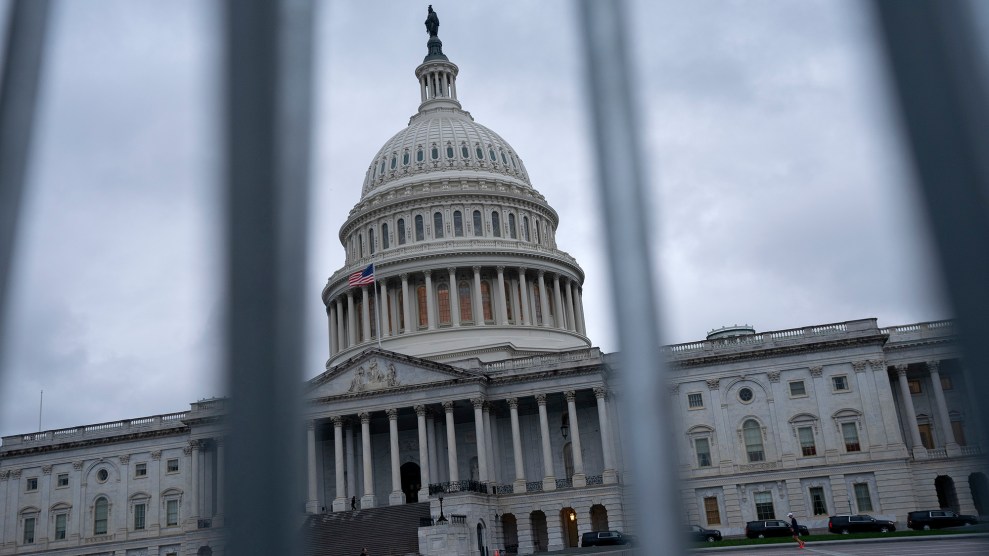 Residents of the District of Columbia pay more federal taxes than the residents of 22 states. They pay more per capita than any other state’s taxpayers. The population is greater than that of Wyoming and Vermont and comparable to that of several other small states. But, relative to states, the $2 trillion coronavirus aid package passed by the U.S. Senate on Wednesday night shorts Washington, DC by as much as $750 million.

While Washington, DC is regularly treated as a state for most federal funding purposes including highways, education, food assistance, and Medicaid reimbursement, according to Sen. Chris Van Hollen (D-Md), Republicans crafting the aid package purposefully gave DC a bad deal.

“Surely in a bill of $2 trillion dollars we can do right by the people of the District of Columbia and not shortchange them $750 million,” Van Hollen said on the floor of the Senate last night, urging Senate Majority Leader McConnell to offer up an amendment to fix the inequity. In his remarks, Van Hollen said that when he asked about the issue, he was told “‘No, no this was not a mistake. This was not an oversight. That Republican negotiators insisted on shortchanging the people of the District of Columbia.'”

The aid package, which is expected to pass the House on Thursday and quickly be signed into law, gives a minimum of $1.25 billion to each state, with additional money doled out based on population. While other parts of the aid package treat DC as a state, Republicans apparently left DC out of this state formula and instead stuck it with US territories, whose residents generally do not pay federal income taxes, to divide a much smaller pot of money.

Surely in a $2 trillion in emergency relief, we can do right by the people of the District of Columbia.

But the answer I got back was no, it's not a mistake.

“In this bill they decided to treat the District of Columbia in a very discriminatory way,” House Speaker Nancy Pelosi said at a Thursday press briefing. “It really makes no sense unless you have some other motivation. The District of Columbia has always been treated like a state in terms of distribution of funds.” She continued to say she hoped it would one day be fixed: “It wasn’t an accident. It was a decision. So let’s make a decision to correct that.”

But it’s unclear when such a correction could come. The Senate won’t be back in session for almost a month, and the coronavirus could keep Congress from working for much longer. Without two senators or a voting member of the House, DC lacks a strong advocate in any debate over future responses to the crisis.

“I am so heartbroken” tweeted Jen Budoff, budget director for the DC City Council. She estimated that DC would see under $500 million in aid, less than half what states with fewer people than DC will receive. Mayor Muriel Bowser and Phil Mendelson, the council’s chair, sent a letter Wednesday to McConnell and Senate Minority Leader Chuck Schumer asking for the inequity to be corrected. “The District has the densest population of any state or territory which puts us at higher risk of transmission of the virus,” they wrote. “We also have to work in unison with Maryland and Virginia—each of which will get at least $1.25 billion under the legislation. It is also bad policy as well as unfair to pay our smallest states at least $2,000 per capita while funding District around $700 per capita.”

Washington needs the money. The Washington-Maryland-Virginia region has 1,277 known coronavirus cases as of Thursday, and the city council, which before the pandemic had been exploring how to use a budget surplus, now expects to make as much as a billion dollars in cuts as tax revenue plummets. “I have to say, the very idea of being treated like a territory is shocking, infuriating, wrong, and outrageous,” Bowser said Thursday during a press conference.

Republicans haven’t offered an explanation for the shortfall, even as the nation’s capital deals with a rising number of coronavirus cases. Washington, DC is a minority-majority city made up of African Americans, Latinos, Asian Americans, immigrants, and mostly progressive white people. They work alongside lawmakers in Congress, feed them, wash their clothes, and clean their homes. They vote overwhelmingly Democratic.

“I’m not going to hold up a $2 trillion emergency rescue package that is urgently needed by the country for this, but I think it’s shameful,” Van Hollen said shortly before the bill’s passed the Senate Wednesday night. “To do it intentionally is really outrageous.”