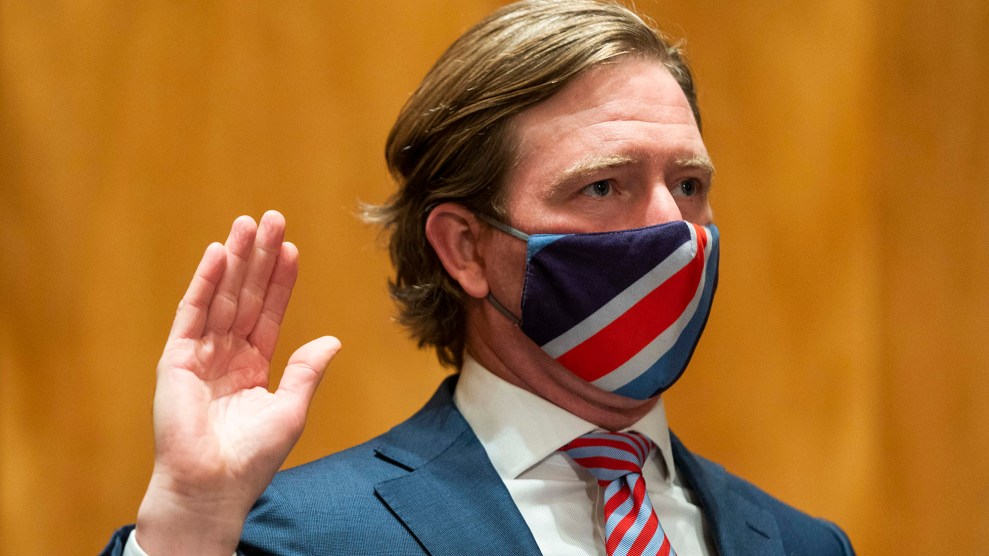 On Wednesday, the day after the Electoral College selected Joe Biden as the country’s next president, Sen. Ron Johnson (R-Wisc.) chaired a hearing of the Senate Homeland Security and Governmental Affairs Committee to explore alleged “irregularities” in the 2020 election. While Johnson said the hearing was intended to bolster confidence in the outcome, most of the witnesses he invited echoed claims made by supporters of President Donald Trump that courts have already found false.

“We have to come back together as a country.”

But the star speaker was former Trump administration official Chris Krebs, who until recently led the Department of Homeland Security agency tasked with coordinating federal efforts to help states and local jurisdictions upgrade election security. While Krebs broadly addressed what he saw in his time in the post, he kept returning to a single point: The continued trumpeting of such inaccurate claims is dangerous.

“We’re going to have to move past this somehow,” Krebs said, warning that failing to could jeopardize the republic. “It requires commitment and follow-through on both sides. If a party fails to participate in the process and instead undermines the process, we risk losing that democracy. We have to come back together as a country.”

Witnesses who backed Trump and his allies’ unsubstantiated claims of fraud included Ken Starr, who had pushed for the Pennsylvania legislature to disregard the outcome of the state’s election and appoint its own electors, and Jesse Binnall, a Trump campaign attorney in Nevada who’d claimed that roughly 87,000 votes in the state were improper or illegal—a figure a state court found was not based in fact, a conclusion that was later backed up by Nevada’s Supreme Court. Another witness was James Troupis, whose failed legal efforts in Wisconsin prompted a liberal state supreme court justice to say his allegations “smack of racism” and a Trump-appointed federal judge to say the claims “fail as a matter of law and fact.”

In his testimony, Krebs decried threats made against election administrators as a result of Trump’s attacks and the consistent undermining of confidence in the system, and called on members of the president’s party to take a different course. “I would appreciate more support from my own party, the Republican Party, to call this stuff out and end it. We’ve got to move on.” He took aim at the invective directed against two Republican officials in Georgia—Secretary of State Brad Raffensperger and his subordinate Gabriel Sterling—who he said “are putting country over party” but had been “subjected to just horrific threats as a result. This is not America.” (On Tuesday, Trump retweeted a message hoping Raffensperger and Georgia Gov. Brian Kemp would be jailed.)

Trump fired Krebs from his job heading the Cybersecurity and Infrastructure Security Agency on November 17 after Krebs signed a statement alongside representatives of a host of other relevant government and private entities that declared the 2020 election “the most secure in American history.” After Trump campaign lawyer Joseph DiGenova responded by saying Krebs should be “drawn and quartered,” and “taken out at dawn and shot,” Krebs filed a lawsuit earlier this month against him the campaign alleging defamation and intentional infliction of emotional distress.