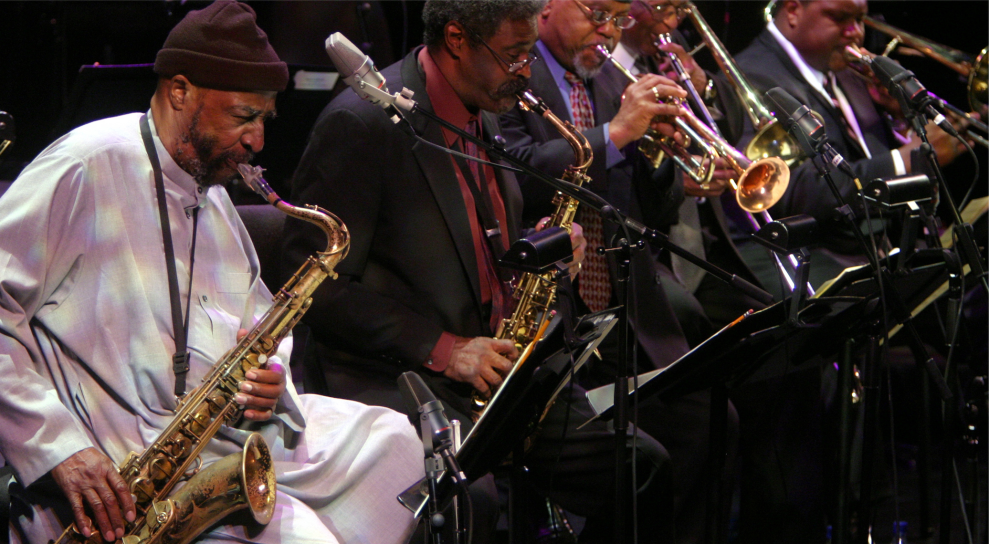 Friday marks the centennial birthday of Yusef Lateef, the late legend of “jazz” who rejected the word as politically and musically “degrading” and “limiting,” he said, even after mentoring John and Alice Coltrane and Pharoah Sanders in modal motifs. “The word ‘jazz’ is a meaningless term that too narrowly defines the music I play. If you look it up, you’ll see that its synonyms include ‘nonsense,’ ‘blather,’ ‘claptrap,’ and other definitions that reduce the music to poppycock and skulduggery.”

He died at 93 after having coined “autophysiopsychic music” to describe the expressive sounds of the physical, mental, and spiritual realms. Friday’s livestream honors him with five performances and clips of his concerts, along with a gallery of his drawings and a reading of his fiction. Lateef heard in the word “jazz” a reduction of his life’s work, but origin stories abound: A 1960 study compiled and tested theories of derivation, from the names Jasbo, Jasper, Jess, and Chas of the 1920s to a 1910s group called Razz’s Band. The New York Times posited in 1935 that it derived from “the West Coast of Africa” and “became incorporated in the Creole patois as a synonym for ‘hurry up.’” A later theory traced it to the Arabic jaz, and yet another to the French jaser, meaning “to chatter,” “to prattle,” “a playful whispering of little nothings,” according to a 1926 linguistic theorist. It’s also, of course, “the devil’s music”: “The word has evil associations,” a 1924 Musical Courier article coughed up.

“Jazz presents to the mind disorder…things unpleasant, or atavistic leanings of which we are all properly ashamed, or borrowings from savages or near-orgies that have quite properly been combatted by those who have care of the young and the morals of youth.” A 1949 DownBeat issue ran a contest to replace the word under the headline “New Word for Jazz Worth $1,000.” First prize: “crewcut music.” Second prize: “Amerimusic.” Runners-up: “jarb,” “le hot,” “hip,” “sock,” “blip,” “improphony,” “schmoosic,” and “reetbeat.”

“All of the judges concurred on one thing,” DownBeat announced, “that none of the hundreds of words…[was] a suitable substitute for jazz.”

“Autophysiopsychic music” may be the most fitting alternative. Lateef’s ear for history, language, and sound was both acute and wide open. He was born William Emanuel Huddleston in Tennessee. He grew up in Detroit and got his start with Dizzy Gillespie, but he continually defied easy categorization as a musician, theorist of language, and philosopher of mind who, in his 80s, taught at the University of Massachusetts, Amherst—which is hosting Friday’s livestream—and nearby colleges. “I wish I could be more like Yusef,” Sonny Rollins once said.