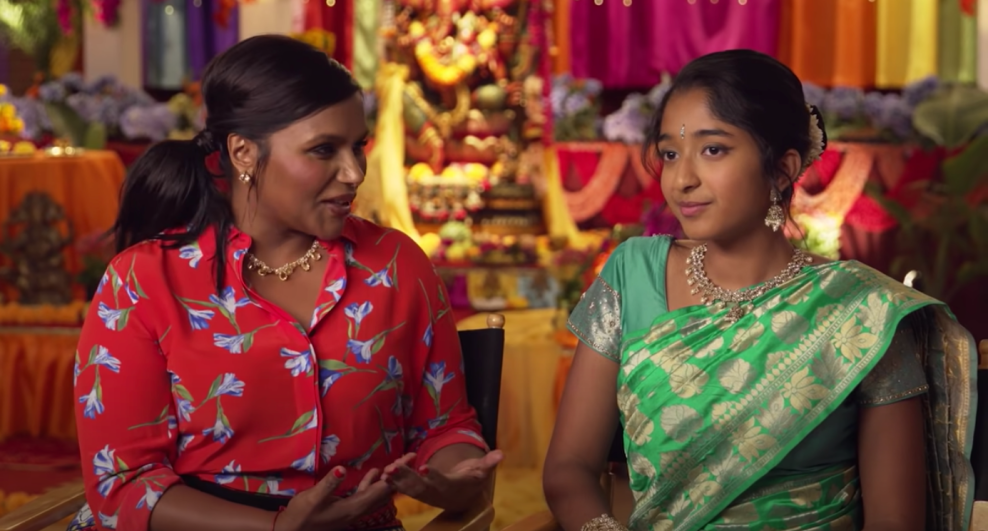 The coronavirus pandemic has given me so many opportunities to experience new things: worrying that my face mask might fall into the toilet; making (and burning) multiple loaves of bread; and binge-watching television shows with total delight.

My deep dive into TV has produced amazing finds, including The Great British Bakeoff, Fleabag, Unorthodox, MasterChef Junior, Dave Chapelle’s 8:46, The Good Fight, and, possibly my favorite, Never Have I Ever, produced by Mindy Kaling of The Office and The Mindy Project. Forty million households watched Never Have I Ever in its first four weeks, and this probably includes you, so I won’t go into great detail, but the basic premise is that Devi, a nerdy Indian American teenager in a Los Angeles suburb, is determined to have sex—and a boyfriend, in that order.

Devi is played by Maitreyi Ramakrishnan, who landed the part after an open audition with 15,000 other submissions, and she is brilliant. Devi, her mother, and their family and friends are a panoply of neuroses, awkwardness, humor, pain, and love.

I’ve been a fan of Kaling’s work for a long time, but NHIE is different—and not just because I was a nerdy Indian American girl living in American suburbia, who, incidentally, was too scared of my parents and myself to think about having a boyfriend or sex in high school. NHIE captivated me because, by the end of the first episode, I knew I could let my guard down.

Some of you will know the “guard” of which I speak. It’s a protection, but really it’s a nuisance. Anytime I go anywhere—a restaurant, theater, concert, classroom—or watch anything, part of me is always keeping track of how many BIPOC there are, and how, onstage or on TV, they are being portrayed. My attention to it is not conscious anymore: Once my internal security system is on, unless and until my subconscious feels comfortable with the representation, I’m holding my breath.

Before I started watching NHIE, I’d heard enough about the show to expect several Indian and Indian American characters, but that alone isn’t usually enough to disarm my security system. The first few scenes have brown and white characters, and the next few have Black, Asian, Latino, Indian American, and Indian immigrant characters, plus multiracial characters and people who live across or outside the limited shorthand labels of race. About 15 minutes in, I realized there is deep inclusion, and not just racial; there are characters across religious identities and sexual orientations and abilities and disabilities. That’s when it happened: The part of me that holds my breath—constantly counting and surveying—released. I felt it happen, and it was glorious.

In each episode, there are progressively more people meeting, mixing, interacting, and scrambling our familiar concepts of representation. We get to meet who we are.

I am glad NHIE is in the world. It posits that it is possible to be anti-racist—and for a super nerdy Indian American girl to have a boyfriend in high school—at least in Mindy Kaling’s imagination. Deep breath.