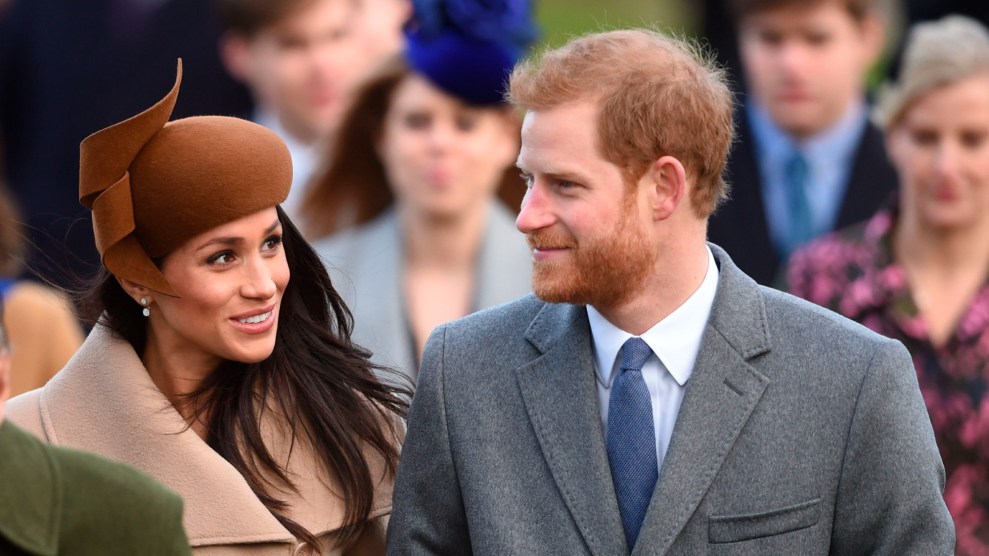 The third episode of Netflix’s new six-part documentary about Prince Harry and Meghan Markle, the Duchess of Sussex, opens with a November 2017 formal interview the then royal couple gave BBC News about their engagement. As they begin to describe the proposal, it quickly cuts to an equally well-produced but more recent sit-down interview with H and M, as they refer to each other, reflecting on the BBC segment, which Meghan promptly labels as an “orchestrated reality show.” The duo then commiserates about the fact that they haven’t been allowed to tell their story—“until now,” as Meghan puts it.

It has become more than clear at this point that Harry and Meghan really want to tell their side of the story. They have done so before in a far more revealing conversation with Oprah Winfrey, where they disclosed that an unnamed member of the Royal Family had speculated about the color of her unborn first child’s skin. Harry, who has partnered with Winfrey on a documentary series about mental health, will also be sharing his truth in an upcoming memoir titled Spare. But the first half of their latest coming clean venture leaves viewers to wonder: What else is there left to say and why should anyone care? In other words, is there even a story here anymore?

The trailers for the docuseries—some of which reportedly used misleading images for added drama—promise an enticing narrative of a modern fairy tale-turned-nightmare filled with intrigue that would presumably get to “what on earth happened” and how “a dirty game” played by the monarchy and the British press ultimately drove the loving couple away to the hills of Southern California. “No one knows the full truth,” Harry says in one preview. “We know the full truth.” In this case, the truth comes in the form of almost exclusively flattering accounts from close friends and associates, some cute moments from their courtship mixed with video diaries, all sprinkled with historians and expert opinion on the entirely not surprising, albeit still disturbing, methods of the tabloid industry and the racist legacy of the British empire to provide gravitas.

The result so far comes across as an exercise in vanity and controlled exposure for the purpose of moneymaking, which is exactly what it is. The documentary, a collaboration between Harry and Meghan and Oscar-nominated filmmaker Liz Garbus, is part of a multiyear production deal with Netflix estimated at more than $100 million. And despite the creators’ best efforts to make something “very personal and raw and powerful” and the fact that Harry and Meghan no doubt deserve some degree of sympathy on a basic human level, the documentary fails to portray them as either relatable (which would have admittedly been difficult to do) or all that interesting. Perhaps Martin Short summarized it best during his and Steve Martin’s Saturday Night Live monologue last night: “We are like Harry and Meghan, no one is rooting for us but you’ll tune in to watch anyway.”