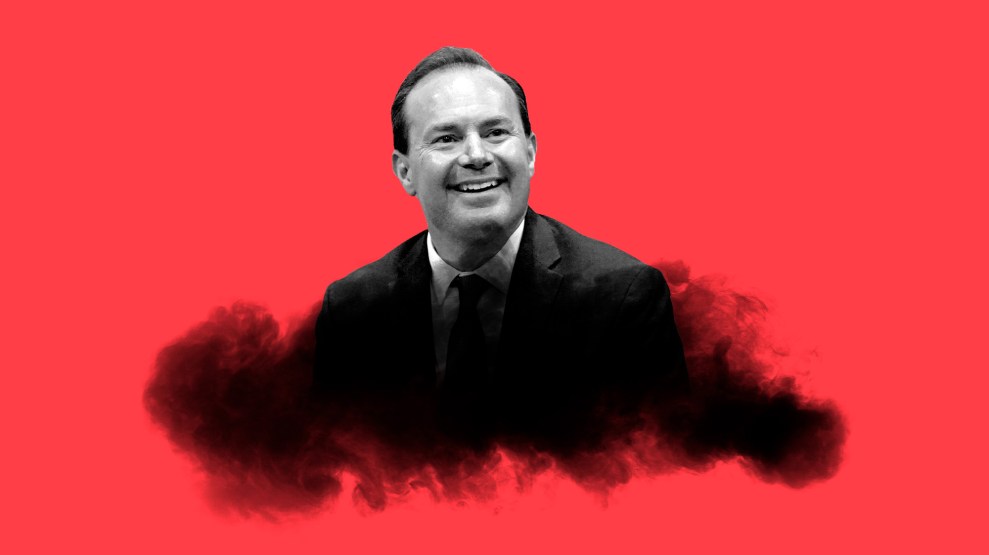 For most of the past year, Sen. Mike Lee’s approval ratings never cracked 50 percent. He was surprisingly unpopular for a Republican in Utah. He offended LDS voters in 2020 by comparing President Donald Trump to Captain Moroni, one of the most revered figures in the Book of Mormon. His fealty to Trump wasn’t always appreciated in a state where voters have been lukewarm on the crass real estate mogul. Lee’s text messages to former White House chief of staff Mark Meadows laid bare the work he was doing to try to help Trump overturn the legitimate results of the 2020 presidential election.

That’s why, for a while this summer, the national news media were awash in stories on the race suggesting that independent candidate Evan McMullin might actually have a shot at knocking off the incumbent with his campaign focused on preserving democracy.

But in the past few weeks, McMullin has been hammered with an onslaught of negative ads, most paid for by outside spending groups like the Club for Growth, and the close race opened up with Lee cruising easily to victory. Lee prevailed in the final vote by 55 to 41 percent.

McMullin had previously been a Republican working on Capitol Hill in DC before running for president in 2016 as an independent, and he had promised that if elected, he wouldn’t caucus with either party. He hoped to appeal to principled Republicans offended by Trump and his party’s turn away from democratic norms. But his independent Senate campaign relied heavily on Democrats who’ve been gerrymandered out of much of political life in Utah, despite their concentration in Salt Lake County, the state’s largest. McMullin won Salt Lake but that wasn’t enough to get him elected. As I explained recently:

He has virtually no support in the state’s rural areas, which account for about 20 percent of the population. Earlier this year, McMullin attended a Democratic caucus night event in Vernal, in rural Uintah County. Three people showed up—both a sign of McMullin’s challenges and those of the state Democrats he’s leaning on to help elect him.

He has lured some big-name national Republicans to campaign with him, namely former RNC chairman Michael Steele and Rep. Adam Kinzinger (R-Ill.), one of the 10 House Republicans who voted to impeach Trump. And he’s got Luke Skywalker. Yet not a single prominent Utah Republican has endorsed him. Both Romney and Gary Herbert, who retired last year after 12 years as Utah’s governor, have declined to endorse fellow Republican Lee, which is striking for what it says about Lee. But they haven’t thrown their weight behind McMullin, either.

The Senate race was Utah’s most expensive political campaign ever. McMullin raised $7 million on the campaign, while Lee raised $11 million. Despite all that money, McMullin did only marginally better than Democrat Misty Snow, the transgender supermarket clerk who spent $35,000 running against Lee in 2016 and garnered nearly 30 percent of the vote. Lee underperformed Trump’s 2020 record, when the former president won nearly 60 percent of Utah votes, but not by much. The race proved once again that Utahans may have occasional flashes of independence, but when it comes to pulling the lever, most of them will vote Republican, regardless of how bad the candidate may be.