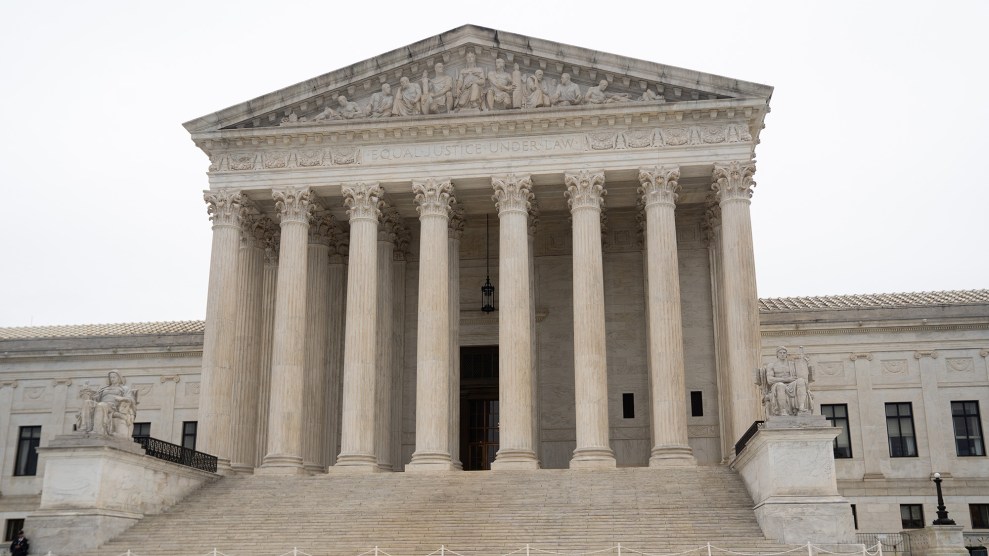 The Supreme Court on Wednesday heard an under-covered but very important case about the the Indian Child Welfare Act (ICWA), a law that helps to keep Native children who are put up for adoption close to their families and tribes after decades of forced separation and trauma in Native communities. During oral arguments, the majority of the justices appeared poised to rule against the law.

At the heart of the case is the question of whether prioritizing Native adoptive parents over non-Native ones when placing Native children for adoption is an unconstitutional racial preference. But tribes are political entities, as established by the Supreme Court and US law, not racial ones. Thus, the case against ICWA is a threat not only to Native families and communities but also to tribal sovereignty, because it could reclassify tribes as racial instead of political entities. Doing so could threaten Native people’s rights to their land, their laws, and their rights as tribal citizens—and could pave the way for non-Native people and corporations to ensnare more of these valuable resources for themselves.

As I wrote last month, this case does not stand alone. It is one of several this term brought by conservative activists and GOP-controlled states that seek to twist the constitutional principle of equal protection installed to bring Black people towards equality into a tool of white dominance.

A week after the Supreme Court hears the two affirmative action cases, it will hear a dispute over the Indian Child Welfare Act (ICWA), a 1978 law that gives preference to Native adoptive parents over non-Native adoptive parents when Native children are placed for adoption. The goal of the law is to stop state child welfare agencies from taking Native children away from their families and communities and assimilating them by placing them with mostly white families, which was happening with alarming frequency when the law passed. At the time, an estimated 25-35 percent of Native children were being placed for adoption. Today, according to the National Indian Child Welfare Association, Native children are removed from their homes at a rate 2 to 3 times that of white children, and, despite the ICWA’s protections, “often are not placed with relatives or other Indian families, even when such placements are available and appropriate.”

The state of Texas and several adoptive parents are challenging the law on the grounds that its classifications of Native and non-Native violate the equal protection guarantee of the 5th Amendment, which mirrors the 14th Amendment. They argue that applying a unique standard to Native kids is a racial classification that causes them to be treated differently from children of other races in adoption proceedings. The division of the prospective adoptive parents into Native and non-Native classifications, they claim, is also problematic. “ICWA treats non-Indians as a politically disfavored class: they are placed last on preference lists for either adoptive or foster-care placements,” the latest brief from Texas states.

The federal government and several tribes dispute that the law classifies based on race. Instead, they argue that native and tribal status are political classifications. Indian law experts warn that reading race into the Indian Child Welfare Act is a backdoor attempt to strip away tribal sovereignty by reclassifying Native tribes as racial rather than political entities—an effort that would threaten tribal sovereignty and the laws and treaties that give them land and economic resources. For tribes, this is an existential threat. With that context, it becomes clear that in this case, too, the plaintiffs are using laws meant to undo racism against minorities to instead secure the wants of white elites: be those business opportunities on tribal lands or an equal claim to Native children.

After oral arguments, the conservative majority appeared to have enough votes to strike down ICWA but that outcome did not seem to be a foregone conclusion.