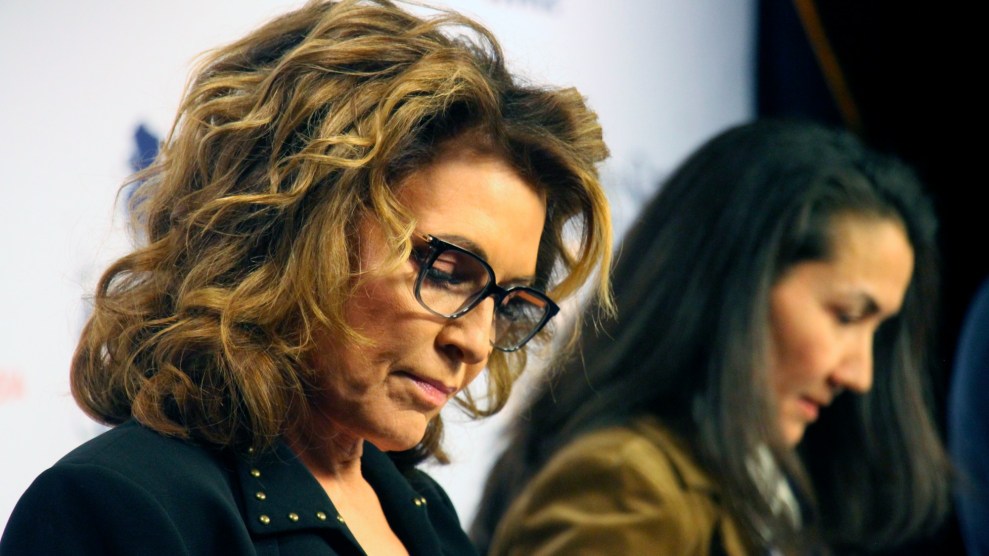 For decades, it’s been unthinkable that Alaska could let a Democrat occupy its only seat in the House of Representatives, which had been held by the late GOP Rep. Don Young since 1972. But in the background, as Americans in the lower 48 were captivated by races in Georgia or Arizona, that’s exactly what’s happened: Alaskans voted 55-45 in favor of Democrat Mary Peltola, a former state legislator who just won her first full term over celebrity ex-Gov. Sarah Palin.

Peltola’s had just enough time to drop off her suitcase in Washington after winning the seat in an August special election. Palin was also her main opponent then, and in the months since, Peltola only grew her lead. She was helped in part by ranked-choice voting in its Alaska general-election debut. The system, which transfers votes to second-choice candidates when a voter’s first pick is eliminated, has drawn national attention and sometimes controversy.

Elections are a long affair in the 49th state, where challenges like distance, isolation, and tough weather abound, and mail-in ballots that are postmarked by election day have up until ten days to arrive for counting. The Alaska Division of Elections doesn’t count absentee, mail-in, and questioned ballots—many of which come from rural, predominantly Alaska Native regions—until after election day.

It’s not a system that benefits election-denying extremists like Palin, and Palin is not a good loser.  The ex-governor has been hinting since polls closed that she’ll challenge the results of the race. She was sowing doubt and misinformation about ranked-choice voting as early as August, as I reported at the time:

“It’s bizarre, it’s convoluted, it’s confusing and it results in voter suppression,” Palin told the CPAC crowd. “It results in a lack of voter enthusiasm because it’s so weird.” None of that is true. Maine has been doing ranked-choice voting since 2016, and several cities and municipalities around the country have also adopted the system. “There isn’t a higher rate of incomplete or spoiled ballots in ranked choice races compared to ballots in elections using plurality voting,” Amy Fried, a professor of political science at the University of Maine, told Mother Jones. “Nor is turnout lower.” Rick Pildes, a constitutional law professor at the New York University School of Law, noted, “There’s no evidence voters have been confused or don’t understand how to rank candidates one, two, three.”

Palin was the first to sign her name last week to a citizens initiative that would overturn ranked choice voting.

For her part, Peltola has been frank that ranked-choice voting helped her, as she told Teen Vogue earlier this month: “I was very pleasantly surprised by the outcome. The timing was just right. [This new voting system] will help us get out of closed partisan primaries, which result in very extreme and sometimes fringe candidates winning.”

With Peltola’s win, Alaskans have demonstrated that being geographically disconnected from the rest of the country doesn’t mean they’re less connected to preserving democracy and abortion rights.  Palin, who had the endorsement of Donald Trump, is an election conspiracist and proponent of misinformation. Peltola has openly supported codifying abortion rights into federal law—like her campaign slogan promises, she’ll be a “pro-choice, pro-fish” voice in Congress.