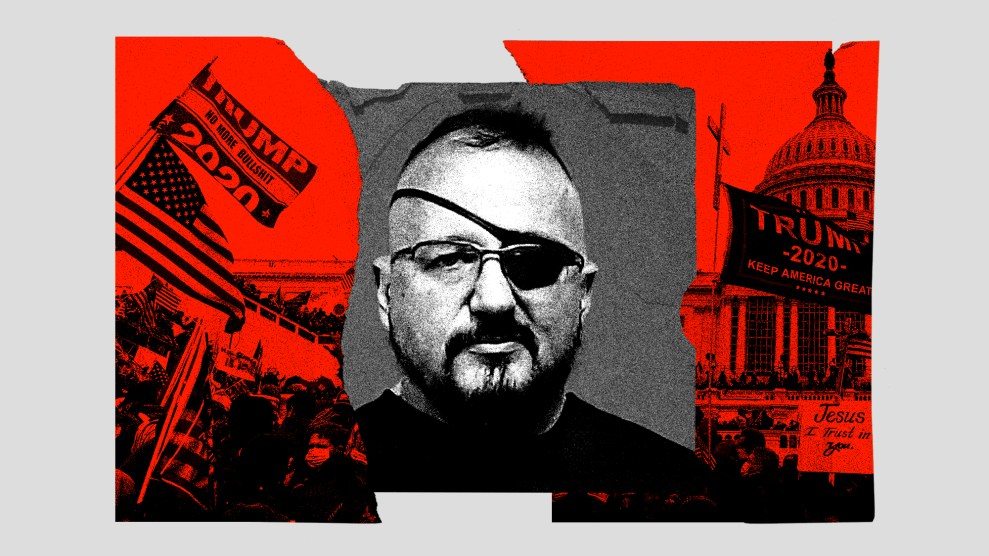 But the same jury acquitted three other defendants on sedition charges. Kenneth Harrelson, Jessica Watkins, and Thomas Caldwell were found not guilty on that count, which carries a sentence of up to 20 years imprisonment. The jury also acquitted Rhodes, Harrelson, and Caldwell of conspiring to obstruct an official proceeding. All the defendants were convicted of obstructing an official proceeding, which also carries a sentence of up to 20 years in prison.

While mixed, the outcome affirms that the riot involved an attempt to violently overthrow the US government. The verdicts, which follow a marathon eight-week trial, are the most significant convictions so far in what the Justice Department has called the largest criminal investigation in American history, with nearly 1,000 people facing various charges related to January 6.

The mixed verdicts may reflect a conclusion by the jury that Rhodes and Meggs played leadership roles in the attack. The jurors, though they deliberated for just a three days, appear to have parsed the evidence against individual defendants, judging that the case was weaker against Caldwell, who did not enter the Capitol; Harrelson, against whom prosecutors admitted they had less evidence of conspiracy; and Watkins, whose emotional admission of wrongdoing on the stand may have been persuasive.

Three members of the Oath Keepers and one Proud Boys member had already pleaded guilty to seditious conspiracy charges. But Tuesday’s result marked the first jury trial to result in a sedition verdict since the 1995 convictions of 10 Islamic terrorists— including the so-called “Blind Sheikh,” Omar Abdel-Rahman—who plotted to blow up New York City landmarks.

Less than a year ago, Attorney General Merrick Garland faced attacks from the left amid concern that the DOJ would not charge anyone with sedition. Federal prosecutors have since indicted 11 Oath Keepers with that crime—a second Oath Keepers trial is set to start in December. Five leaders of the far-right Proud Boys are set to go on trial for seditious conspiracy and other charges next month. Garland also recently named a special counsel, Jack Smith, to oversee the department’s separate investigation into whether former President Donald Trump and aides will face charges related to their efforts to use false claims of election fraud to retain power after Trump’s 2020 defeat. That investigation appears to be advancing, though it remains unclear if it will result in charges.

Prosecutors had a heap of evidence against the Oath Keeper defendants. During the trial, they showed that Rhodes and allies in his group began discussing the potential use of violence to help Trump hold onto power as soon as media outlets reported that Joe Biden had defeated him. “We aren’t getting through this without a civil war,” Rhodes wrote in an Oath Keepers chat two days after the election. “Prepare your mind body and spirit.”

As Mother Jones first detailed, some Oath Keepers, including Harrelson and Meggs, engaged in what prosecutors called paramilitary training in the fall of 2020. Group members plotted to bring guns to the Washington, DC, area on January 6 and stashed them in hotel rooms with guards as part of a plan to deploy a “quick reaction force” if the street violence they anticipated broke out. Meggs, Harrelson, and Watkins stormed the Capitol along with other Oath Keepers on January 6, and prosecutors cited messages showing that Rhodes and Caldwell celebrated their actions.

But the government’s case had one big weakness. Prosecutors lacked evidence that the Oath Keepers ever had a clear plan to invade the Capitol before they did so. Lawyers for the Oath Keepers tried to exploit that fact, arguing the defendants had come to Washington to provide security at rallies supporting Trump due to their fear of attacks by antifa, or just to watch the president’s speech earlier that day. Defense attorneys also argued that the Oath Keepers only planned to take up arms if Trump deputized them under the Insurrection Act, a law allowing the president to respond to uprisings.

“There was no meeting of the minds to conspire,” James Bright, a lawyer for Rhodes, said in his closing statement. “There was no plan.” That may have been the Oath Keepers’ best argument. But the problem with it was that prosecutors did not need to prove the defendants had conspired to storm Congress.

“I felt like it was common-sense,” Young said on the stand last month. “We talked about doing something about fraud in the election when we got there on the 6th, and when crowds went over the barricades into the building, the opportunity presented itself to do something.”

This was a problem for Rhodes and Meggs. Given the chance to turn their alleged preparations for violence into action, they seized it. “We took the castle,” Meggs told Watkins on January 6, according to Watkins’ testimony at the trial. “Now we are standing our ground.” Defense lawyers argued that Oath Keepers’ talk about civil war, their stockpiling of weapons, and their travel to Washington were all incidental to the attack on Congress, which they depicted as spontaneous. But the Oath Keepers’ rhetoric appeared to converge with their actions on January 6.

Rhodes did not enter the Capitol on January 6. But Rhodes—who has assiduously promoted the Oath Keepers, aligning the group with various far-right causes since launching it in the wake Barack Obama’s election—may have done the most to sink himself with his own statements. “Next comes our Lexington,” Rhodes told colleagues in the wake of the riot on January 6, in a Revolutionary War reference that suggested he hoped the violence would escalate.

“My only regret is that they should have brought rifles,” Rhodes told an associate, who secretly recorded him, a few days after the attack.

Rhodes’ words also undermined Oath Keepers’ claim that they only planned violence if Trump invoked the Insurrection Act, seeming to admit it was a facade. In a recording from an online meeting in November 2020, which prosecutors obtained, Rhodes told group members that stance was “our official position.” He added: “The reason why we have to do it that way is because that gives you legal cover.”

Sentencing in the case is not yet scheduled, but is unlikely to occur earlier than March.