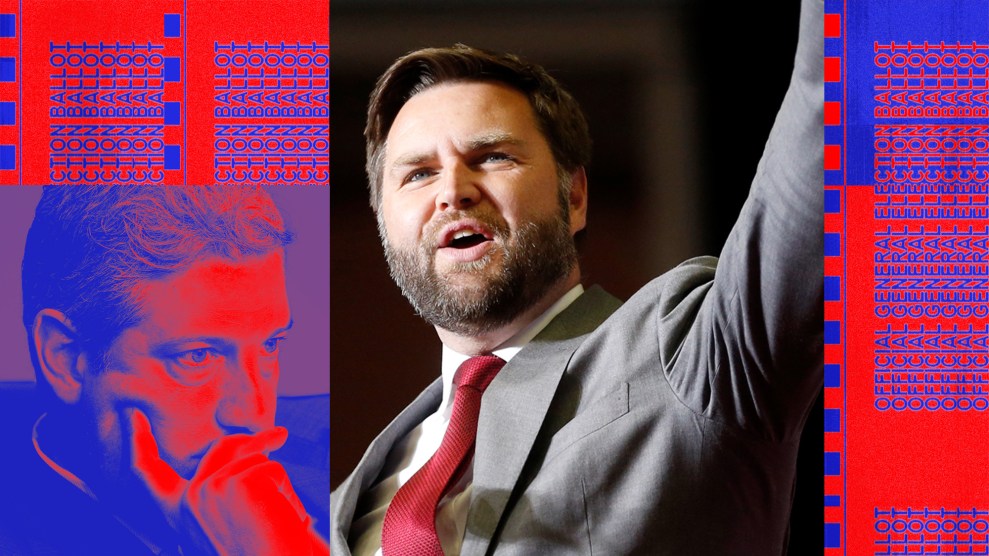 Democratic Rep. Tim Ryan ran a good campaign for US Senate. J.D. Vance ran a middling one. But Vance will be Ohio’s next senator for the simple reason that Ohio is now unquestionably a red state. With more than 90 percent of votes in, Vance leads by 7 points, and national outlets have called the race.

Ryan, who has represented the Mahoning River Valley in Congress for two decades, was exactly the kind of candidate progressive pundits hoped to see running in states, like Ohio, that were once solidly blue thanks to union voters. His grandfather and great-grandfather worked in steel. In high school, he was a star quarterback who got recruited by Youngstown State. For law school, he went to the University of New Hampshire, not the Ivy League institutions so many of his peers attended. (Vance, who chronicled his working class childhood in Ohio in his memoir Hillbilly Elegy, opted for Yale.)

Like the state’s senior senator, Democrat Sherrod Brown, Ryan spent much of his time in Congress attacking free trade agreements and fighting an uphill battle to bring manufacturing jobs back to the Midwest. On the campaign trail, he made a point of saying he’d supported Donald Trump’s efforts to crackdown on China. At the same time, he went out of his way to try to humiliate his opponent for sucking up to Trump.

In short, Ryan argued, “Ohio needs an ass-kicker, not an ass-kisser.”

During a September rally, the former president claimed, “J.D. is kissing my ass, he wants my support so much.” Vance’s decision to do nothing at the rally in response led to one of the defining moments of the campaign. “You have to have the courage to take on your own leaders,” Ryan told Vance during their first debate. “These leaders in DC, they will eat you up like a chew toy, right? I mean, you were calling Trump ‘America’s Hitler.’ Then you kissed his ass.” In short, Ryan argued, “Ohio needs an ass-kicker, not an ass-kisser.” The line became a bit. Ryan’s campaign put it on T-shirts and sold them for $27 a piece. As Irene Lin, a Democratic strategist in Ohio, put it: “Emasculating [Vance] is actually part of Tim’s effectiveness.”

Ryan was lucky to draw Vance as an opponent. After Yale Law, Vance had gone to work for the billionaire investor Peter Thiel. He then started his own venture capital firm with Thiel’s help. During the primary, Vance won thanks to $15 million from his old boss and a Trump endorsement Thiel helped secure. Without Thiel, Vance’s campaign would have gone nowhere. He was exactly who an Ohio populist would want to run against.

In the general election, Ryan painted Vance as a carpetbagger from San Francisco. (At the state fair, the campaign made a joke of trying to return a surfboard that Vance had “left” at a $2.6 million home in California.) But he also could be earnest, particularly regarding the struggles of voters. “I acknowledge, which a lot of Democrats haven’t done, I acknowledge the pain that they’re going through,” Ryan told Politico. “I’m not telling them the fundamentals of the economy are good, I’m not telling them that wages are up. I’m telling them that I agree with them that it’s painful.”

Ryan’s combination of populism and trolling worked—at least as well it could work.

Ryan’s combination of populism and trolling worked—at least as well it could work. He turned a race that experts thought he had no business winning into a competitive campaign. He led in the polls for months, despite the fact Trump won the state by about eight points in 2016 and 2020. It forced Republicans to spend money they would have preferred to use in other states. Super-PACs aligned with Senate Minority Leader Mitch McConnell ended up spending more than $30 million propping up Vance.

The money plus the reality of what Ohio has become politically proved too much. Ohio Democrats like Ryan and Brown know it didn’t have to be this way. There’s a world where Bill Clinton didn’t sign NAFTA and bring China into the World Trade Organization as national Democrats wrote off the Rust Belt. As Alec MacGillis recently wrote for ProPublica, the party now seems to have recognized the error of its ways. But it may not be much solace to a man who come January will be former Congressman Ryan.