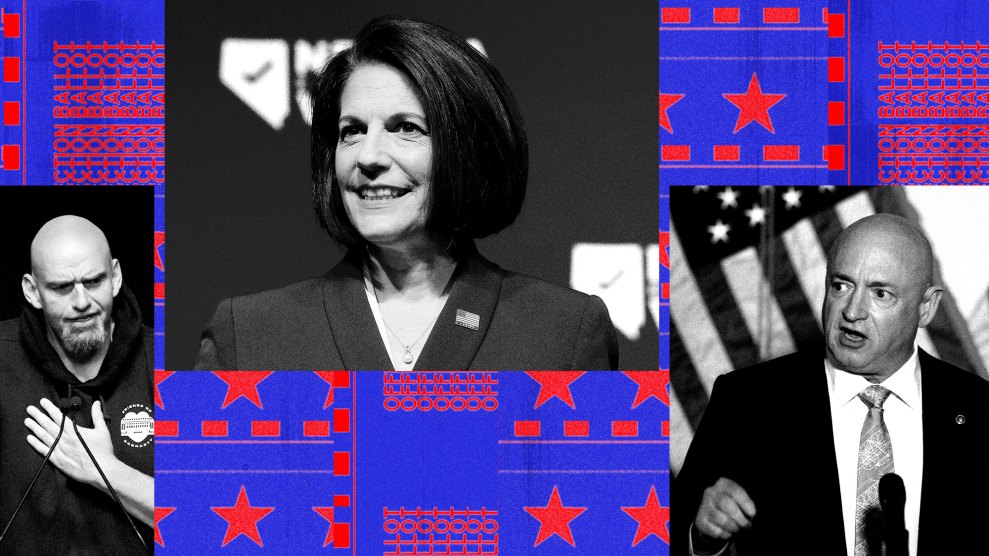 What’s been likely for days is now official: Democrats will hold the US Senate. Media outlets on Saturday night projected that Nevada Democrat Catherine Cortez Masto had narrowly won her race, giving Democrats at least 50 Senate seats—enough to control the chamber.

The party has many people to thank. Their own candidates for staying on message, avoiding gaffes, raising hundreds of millions of dollars, and generally coming across as the kind of people who don’t laugh at octogenarians who get assaulted in home invasions. The other party for nominating candidates who had no business making it to general elections. The Supreme Court for overturning women’s right to have an abortion five months before Election Day. And finally the voters—particularly in Arizona and Nevada—who decided by the slimmest of margins that they preferred people who accepted the results of the last election.

It all combined to create an exceptionally good week for Senate Democrats, who could now actually gain a seat if Sen. Raphael Warnock (D-Ga.) prevails in his December runoff against Herschel Walker. If Warnock wins, Dems will hold a 51-49 majority instead of the 50-50 split that’s required Vice President Kamala Harris to cast tie-breaking votes. As a result, the party would no longer have to get both Sens. Kyrsten Sinema (D-Ariz.) and Joe Manchin (D-W.Va.) to sign off on everything.

The House, on the other hand, still appears more likely than not to flip to the Republicans. The odds that a divided Congress will pass major pieces of President Joe Biden’s agenda in the next two years are slim. But Democratic control of the Senate means that they will remain able to confirm judges to federal courts, fill positions in the executive branch, and determine what legislation makes it to the Senate floor. It will also prevent at least one-half of the Benghazi-style hearings Republicans are expected to launch on Capitol Hill.

On a fundamentals level, Democrats had no business doing as well as they did. Biden’s approval rating is stuck in the low 40s, inflation is running at the highest level in decades, and off-year elections are almost always bad for the party in power. Democrats responded by focusing on the threats to abortion and democracy posed by their opponents. Republicans were plagued by what (at least for now) Minority Leader Mitch McConnell (R-Ky.) called his “candidate quality” problem. Four of the five nominees in the closest Senate races—Arizona, Georgia, Nevada, New Hampshire, and Pennsylvania—were exceptionally weak.

In Arizona, there was Blake Masters, the 36-year-old Peter Thiel protégé who won the primary thanks to $15 million from his boss. In Georgia, Herschel Walker racked up more scandals than perhaps any candidate in recent memory—so many that his past fondness for playing Russian roulette faded into the background. In New Hampshire, Democrats initially feared that they’d go up against Chris Sununu—the state’s moderate Republican governor—and instead got Don Bolduc, a retired Army general who couldn’t seem to decide whether the 2020 election was stolen. In Pennsylvania, there was a celebrity doctor from New Jersey whose campaign staff mocked soon-to-be-senator John Fetterman for having a stroke.

Only in Nevada did Republicans field a semi-normal candidate in former Attorney General Adam Laxalt, whose grandfather was elected governor and senator in the state. But by any usual standards, Laxalt, who’d tried to overturn the results of the election in Nevada in 2020, was still an extremist. Lined up against these five Republicans—all of whom were either endorsed by Trump or praised by him during the primary—were four incumbent senators and the lieutenant governor of Pennsylvania. It was a lopsided battle, and the results reflected it.

Democrats’ performance at the polls could put them in a far better position going into the next election. In 2018, then Sen. Bill Nelson (D-Fla.) ran a perplexingly bad campaign that likely led to the election of Rick Scott. Had Nelson won, Democrats would have been able to sideline either Sinema or Manchin in the current Congress. There have been no such failures this time.

Two years from now, 21 Democrats and two independents who caucus with them will be up for reelection in the Senate, compared to 10 Republicans (all of whom are in solidly red states). It has the potential to be a brutal year for Democrats. Dems needed as many seats as possible heading into 2024. On Tuesday, they got them.