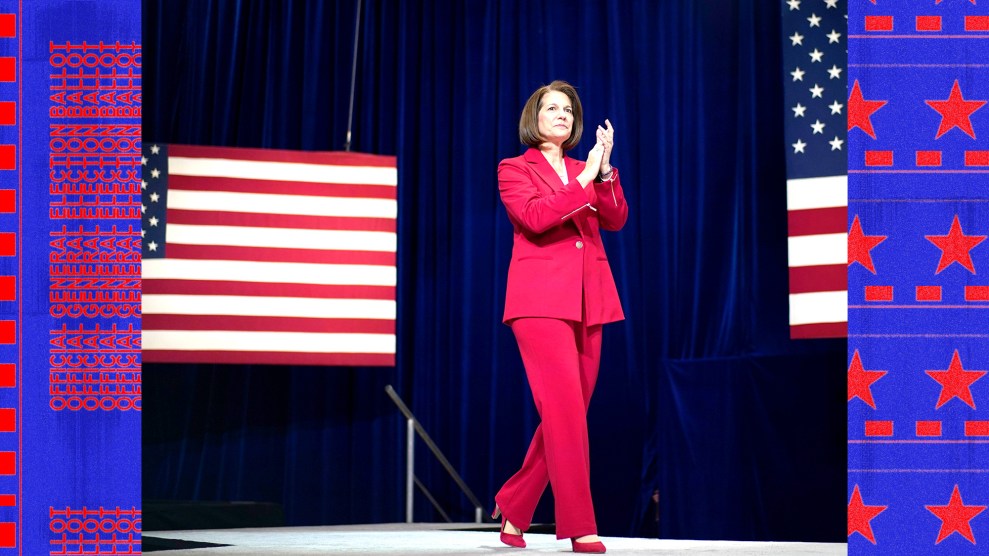 For months leading up to Election Day, Sen. Catherine Cortez Masto of Nevada was widely perceived as one of the most—if not the most—vulnerable Democratic incumbents and her seat as one of the best pick-up opportunities for Republicans to take control of the upper chamber of Congress. The contested and costly race between Cortez Masto and GOP challenger Adam Laxalt, which was critical in determining the balance of power in the split Senate, remained a toss-up until pretty much the last minute. But with a slim margin of votes—half a percentage point—the majority of voters in the swing state of Nevada have decided to keep the first-ever Latina senator and reject an election denialist. Her victory secured 50 seats in the Senate for the Democrats, with only the Georgia run-off remaining to determine the final breakdown.

A Nevada native and two-term attorney general, Cortez Masto was first elected to the Senate in 2016 following a tight race to fill the seat of her mentor, the late Senate Majority Leader Harry Reid, who built the Democratic machine in the state and picked her as his successor. Throughout her campaign this election cycle, Cortez Masto repeatedly called out her Trump loyalist opponent for peddling the Big Lie that the 2020 presidential elections were stolen and leading efforts in the state to overturn the results. She also made abortion rights a central tenet of her candidacy, vowing to block any attempts to pass a nationwide ban and decrying Laxalt for saying he would support a referendum to ban abortions after 13 weeks of pregnancy. Laxalt, who Trump called a “MAGA all the way” candidate, has described the US Supreme Court reversal of Roe v. Wade as a “historic victory.”

“There’s a stark difference between the two of us,” Cortez Masto told MSNBC. “To me this is about a race for Nevadans, fighting for Nevadans…It’s clear my opponent is about his own political agenda which is very extreme and is in opposition to even what Nevadans want.” The victorious Democratic senator also emphasized her background as the granddaughter of an immigrant from Chihuahua, Mexico, and her local roots, reminding voters that improving their lives is personal to her. Her ads often emphasize her efforts to secure relief for small businesses hit hard by the pandemic. “It’s about Nevadans that I know. It’s about my family. My mother still lives in this community, grocery shops…I hear it, I see it when I go fill up my gas tank.”

I grew up hearing our family stories from my cousins and tias around my grandparents' dinner table – everything I am is thanks to them.

I'll never forget where I come from – it's what drives me to fight for our families every day. pic.twitter.com/MMeWFDiDqp

At a campaign event in early November, former President Barack Obama reinforced the message that Cortez Masto is relatable and a woman of the people. “Third-generation Nevadan,” Obama said. “Grew up here in Vegas. Dad started out parking cars at the Dunes [hotel and casino]. She and her sister were the first in their family to graduate from college. She knows what it’s like to struggle and work hard.” Jacinto Alfaro-Martinez, a first-time Latino voter whose parents are non-naturalized immigrants told me “la senadora” Cortez Masto “cares about people like me.”

Just as with the first time she won her senate seat, Cortez Masto hoped her connection and ties to the community and Latino voters, who are projected to make up 1 in 5 midterm voters in Nevada this year, would carry her to victory. “Every time I walk into a Latino house, I have that connection,” she told Vox “because that’s how I grew up, with the smells, the culture, the food, the visuals of everything. That’s how my grandparents were. So I understand and feel it. So, yes, I’m always part of that community.”

Several of Laxalt’s family members, a former attorney general and co-chair of Trump’s 2020 reelection campaign in Nevada, publicly endorsed Cortez Masto. “We believe that Catherine possesses a set of qualities that clearly speak of what we like to call ‘Nevada grit,” they wrote in a letter. Late-night host Jimmy Kimmel picked up on the latter to release an ad against the Republican that says: “You know that creepy cousin in every family no one wants to sit with at Thanksgiving? That’s Adam Laxalt.” In an ad resembling the opening credits of HBO’s hit family drama Succession, Cortez Masto’s campaign cast Laxalt, the son and grandson of politicians, as a privileged, self-interested “child of Washington.”