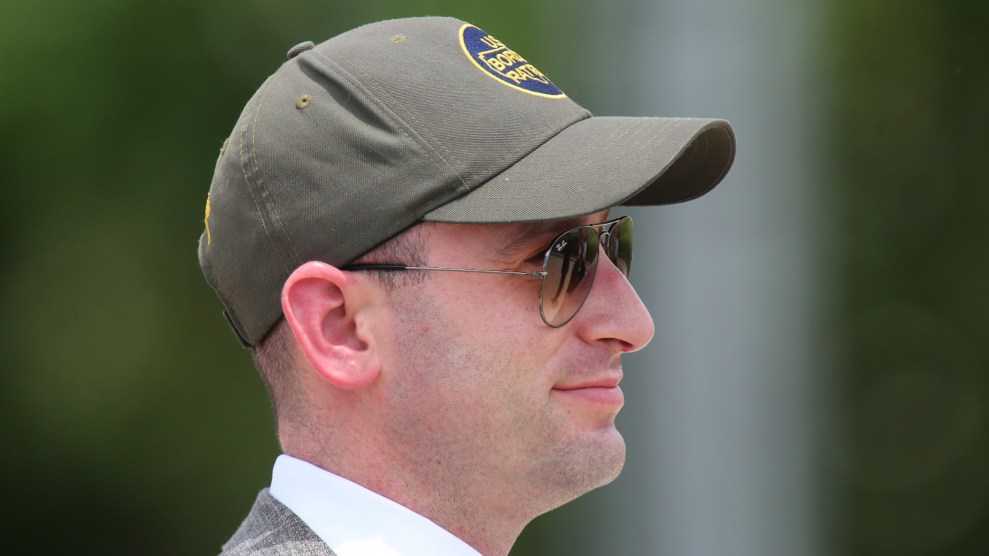 Baseball fans in California and Pennsylvania watching the playoffs last Saturday had to sit through commercial breaks that included racist, xenophobic ads filled with misleading and false claims. “You worked hard for what you have,” one of the ads says. “Followed the rules, paid your taxes, saved and sacrificed for your piece of the American Dream, and now it is being stolen for you, stolen from your family, stolen from your children. Joe Biden and his fellow Democrats have erased our southern border, and they have released a record number of illegal immigrants into the United States, all at your expense. This giant flood of illegal immigration is draining your paychecks, wrecking your schools, ruining your hospitals, and threatening your family.”

Behind the ads is a group called Citizens for Sanity, which vows on its website to “return common sense to America” and defeat “wokeism.” In the lead-up to the midterms, the organization has been paying for virulent televised messages and billboards targeting President Joe Biden and Democratic candidates running in contested senate races. Among the group’s officers are three former Trump aides who now work with America First Legal (AFL), an organization founded by anti-immigration hardliner Stephen Miller that brands itself as an “answer to the ACLU” and has sued the Biden administration over everything under the sun. A Federal Communications Commission document analyzed by OpenSecrets shows the ex-Trump staffers—Gene Hamilton, John Zadrozny, and Ian Prior—listed as “chief executive officers or members of the executive committee or board of directors” of Citizens for Sanity.

Hamilton, AFL’s vice president and general counsel, held positions in the Departments of Homeland Security and Justice and has been credited as the architect of the effort to end Deferred Action for Childhood Arrivals (DACA). Zadrozny, now a deputy director of investigations with Miller’s group, served as a US Citizenship and Immigration Services official and previously worked for the anti-immigration Federation for American Immigration Reform. Prior used to be a deputy director of public affairs in Trump’s DOJ and is now a senior adviser at America First Legal, though he told OpenSecrets that Citizens for Sanity has no relationship with AFL. Prior also leads Fight for Schools, a group out of Loudon County in Virginia that opposes critical race theory.

“Citizens for Sanity is not an ideological organization,” Prior told Politico. “We stand for reason, common sense, objectivity, equality, the neutral rule of law, and open scientific inquiry—everything the radical left now stands implacably against. And we are using these messaging campaigns to alert Americans to the urgent need to defeat and repudiate woke insanity before it destroys America.”

One of the group’s ads targeting immigrants is not only blatantly racist, but also deceiving. “Who is Joe Biden letting into our country?” it says, suggesting the current administration allowed Christopher Puente, a man charged with sexually assaulting a 3-year-old girl in 2020, into the country. But Puente had been in the United States on and off for years before Biden took office. Immigration and Customs Enforcement tried to detain him in 2019, after he was arrested for unrelated charges, but the Chicago police didn’t honor the agency’s request to keep him detained. (Puente has since been incarcerated on the assault charges.) In another video, the group claims that all senate Democrats voted against hiring more border agents, despite the fact that Arizona Senators Mark Kelly and Kyrsten Sinema co-sponsored the bipartisan bill Border Patrol Enhancement Act to raise border patrol agents’ pay and increase their numbers.

Some of the organization’s campaigns are satires mocking progressive policies and talking points. “No one is free until all pansexuals have free housing,” said one billboard in Columbus, Ohio. “Vote to keep our borders, jails and bathrooms open,” read another in New Mexico. One in Spanish placed in Austin said pregnant Latinx men must be defended this November. “That’s the genius of it, right?” Prior said on a podcast in August. “Here’s a thing that progressives and far-left wokeists are probably gonna start saying at some point. We’re just getting ahead of them and letting people say where is this going next.” On Twitter, the group boasts of having “disrupted the narrative” and “triggering crazed reactions from the woke mob and corporate media.” It has also been placing ads in newspapers and billboards accusing Kelly and Nevada Sen. Catherine Cortez Masto of supporting open-border policies and drug smuggling.

The ads have elicited negative reactions on social media and elsewhere. “I remain disgusted that Fox continues to air horrid Citizens for Sanity ads during MLB playoff games,” sportswriter Gordon Edes tweeted, “even though 30 percent-plus players in the game are Latinos.” A Florida-based environmental nonprofit also called Citizens for Sanity has included a disclaimer on top of its website clarifying it’s “not affiliated in any way with the extremist group who is spending tons of money on billboards throughout the country” and “could care less about the messages on their billboards.” In response to an Oct. 11 edition of the Arizona Daily Sun that included ads from Citizens for Sanity, a group of Flagstaff residents penned a letter to the editor asking the newspaper to “reject the blatant effort to stoke anti-immigrant fears.” The ads, they wrote, are “overtly racist, transphobic or just plain hateful” and “the inflammatory rhetoric and the dehumanizing photos stigmatize the immigrants who live in our community and those seeking asylum and escape from violence.”