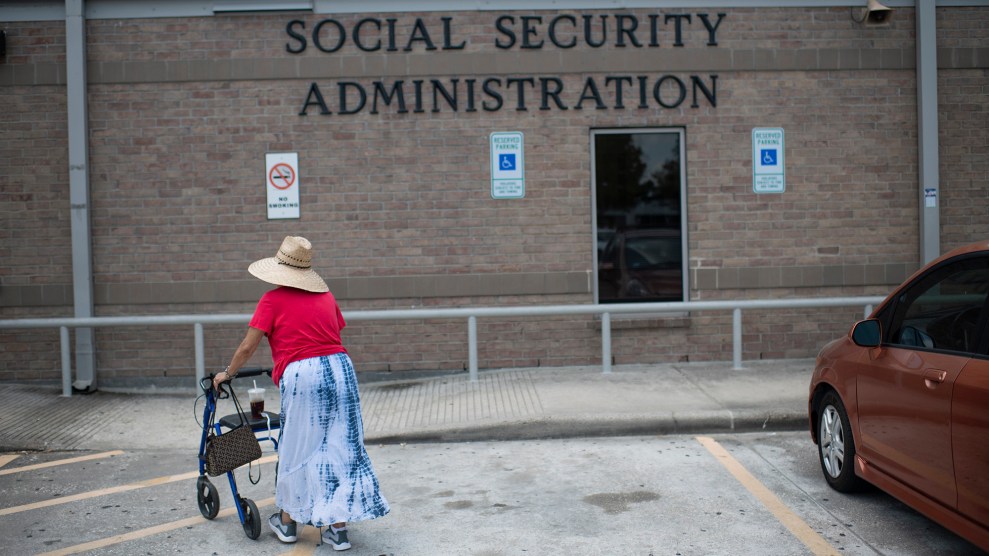 On Thursday, the Social Security Administration announced its largest cost of living adjustment for beneficiaries in four decades, an inflation-driven raise of 8.7 percent that will take effect in January 2023. That increase matches the average annual COLA from 1975 through 1982, an era of recessions and high inflation. Annual Social Security raises declined after that year. From 1996 through 2021, they averaged 2.3 percent, and were zero in some years. The 2021 raise was substantially higher: 5.9 percent.

The new increase in benefits will be pricey. On the other hand, the cost to taxpayers of the entire Social Security program pales in comparison with the cost of federal subsidies for rich Americans enrolled in private or supplemental retirement plans, such as individual retirement accounts (IRAs). According to Federal Reserve data from 2019, only 31 percent of households from the poorest half of the wealth spectrum contributed to such a plan, while 91 percent of households in the top wealth decile did.

Tax breaks for for private retirement plans cost the federal government $380 billion a year—almost eight times as much as Social Security.

This suggests that low-wealth retirees rely heavily or exclusively on Social Security, but all US workers get to collect benefits starting at age 62. As of last month, nearly 66 million Americans, rich and poor alike, were getting monthly checks. Most are retirees, but there are also spouses, disabled workers, survivors of deceased workers, and dependent children. The largest and best-compensated group, the retired workers, averaged $1,674 a month, or about $20,000 per year.

The SSA now pays out about $1.2 trillion a year in benefits all told, but those outlays are largely funded by payroll taxes paid by workers who will later reap the benefits. In 2021, the price tag of the entire program—benefits plus administrative costs—totaled $1.14 trillion, of which $1.09 trillion was covered by payroll taxes, income taxes on benefits, and interest. In other words, the federal Social Security subsidy was only about $50 billion.

Compare that with subsidies for private plans and IRAs, which cost the government nearly eight times as much—about $380 billion a year, according to the Joint Committee on Taxation. And unlike Social Security subsidies, these subsidies skew heavily toward the highest earners.

There’s a reason I noted the year 1996 above. Before then, as I point out in this earlier exposé about America’s retirement system, private retirement accounts were strictly regulated and not heavily subsidized. Starting that year, federal lawmakers—led by then Reps. Rob Portman (R-Ohio) and Ben Cardin (D-Md.), began introducing bipartisan retirement “reform” packages that pumped more and more federal dollars into bolstering private retirement savings, mainly to the benefit of high-income workers and Wall Street.

University of Virginia law professor Michael Doran, who dug deep into the subject for a January 2022 paper titled, “The Great American Retirement Fraud,” suggested that lawmakers, rather than helping rich Americans shuffle even more of their money into tax-­deferred or tax-exempt retirement funds, could instead pass laws to benefit Americans who actually need help in retirement. That might include simply beefing up Social Security, he wrote.

Instead, yet another bill that benefits wealthy savers sailed through Congress. And Republican Rick Scott released a set of aspirations for his own party—an 11-point “Plan for America,” of which one provision would let all federal laws “sunset” every five years—including laws governing Social Security and Medicare.