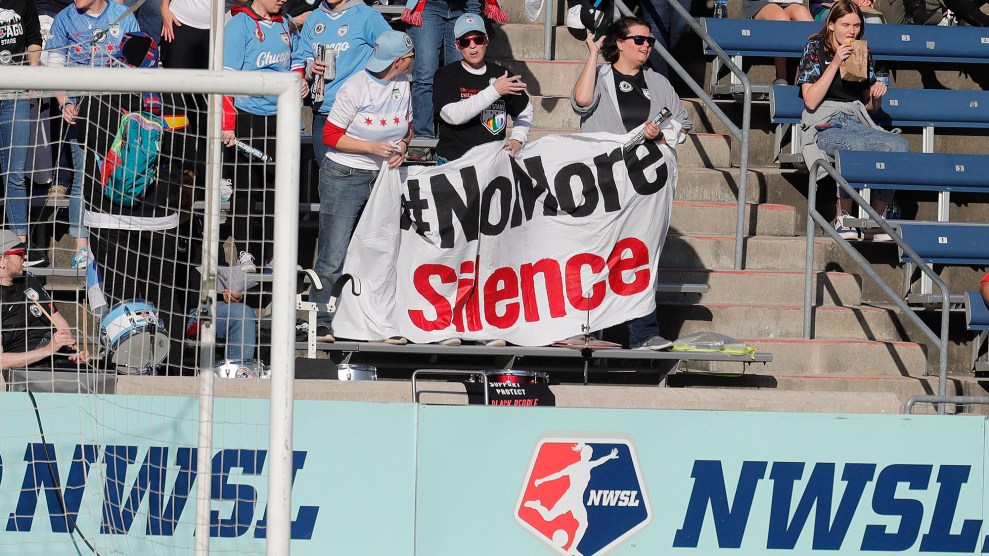 For years the National Women’s Soccer League ignored allegations of sexual harassment and misconduct against coaches and maintained a culture of “systemic abuse of players,” according to a new report released Monday by former acting attorney general Sally Yates and the law firm King and Spalding, on behalf of the United States Soccer Federation.

Yates was hired by US Soccer last year, following a series of articles by The Athletic’s Meg Linehan and the Washington Post’s Molly Hensley-Clancy into abusive coaches in the NWSL, and a player-organized boycott that brought the league to a standstill. Per the investigation:

In well over 200 interviews, we heard report after report of relentless, degrading tirades; manipulation that was about power, not improving performance; and retaliation against those who attempted to come forward. Even more disturbing were the stories of sexual misconduct. Players described a pattern of sexually charged comments, unwanted sexual advances and sexual touching, and coercive sexual intercourse.

Teams, the League, and the Federation not only repeatedly failed to respond appropriately when confronted with player reports and evidence of abuse, they also failed to institute basic measures to prevent and address it, even as some leaders privately acknowledged the need for workplace protections. As a result, abusive coaches moved from team to team, laundered by press releases thanking them for their service, and positive references from teams that minimized or even concealed misconduct. Those at the NWSL and USSF in a position to correct the record stayed silent. And no one at the teams, the League, or the Federation demanded better of coaches.

The report is focused not just on the incidents of abuse, but on the broader culture—the way allegations were routinely swept aside by front offices so that coaches could always find a second-chance somewhere else.

One particularly chilling example is the story of Christy Holly, who left his post as head coach of New Jersey’s Sky Blue Football Club in 2016, following numerous complaints about an abusive culture. But the club never announced the move as such; instead, it simply said they had “mutually agreed” that he would leave. He went on to work for US Soccer, where he worked as an assistant coach for the women’s youth national teams, before being hired as head coach of the NWSL team Racing Louisville. Erin Simon, who played for Holly at Sky Blue, told Yates’ investigators that after he left the team, he would send her dick pics and other harassing texts, and try to manipulate her into thinking she “owed” him for her career. In 2020, Simon joined Louisville in an expansion draft. She told Holly that she expected his behavior to stop. Instead, he allegedly groped her while watching game film:

During the filmed game, Simon made several errant passes. Simon recalled vividly, Holly told her that he was going to touch her “for every pass you fucked up,” and he did. Simon tried to laugh it off, and said she would “not fuck up any more passes.” Then, she recalled, Holly started touching her, repeatedly pushing his hands under her pants to touch her genitals and under her bra to touch her breasts. She remembers she tightly crossed her legs and pushed his hand away. Simon said she tried hard “to keep the peace and the balance and to keep [Holly] from getting mad.”

Holly, according to investigators, “admitted to texting Simon, including sending and soliciting sexual photos,” but “denied that any sexual conduct continued at Racing Louisville.” He has a non-disclosure and non-disparagement agreement with Racing Louisville, “which refused to answer any questions regarding Holly’s tenure and termination.”

US Soccer president Cindy Parlow Cone, a former NWSL coach and player with the US national team who took her current position in 2020, released a statement saying that she was “heartbroken by the contents of the report,” and promising immediate and longer-term policy changes in response.

Cone, who spoke with investigators, is also one of the many sources for the report. In 2013, while she was coaching the Portland Thorns, a male executive at the club asked her, “What’s on your bucket list besides sleeping with me?” She reported the comment to the club’s owner when she left the organization. According to the report, the club said that the “concerns were addressed” with the executive. They declined to make him available for an interview with the investigators.