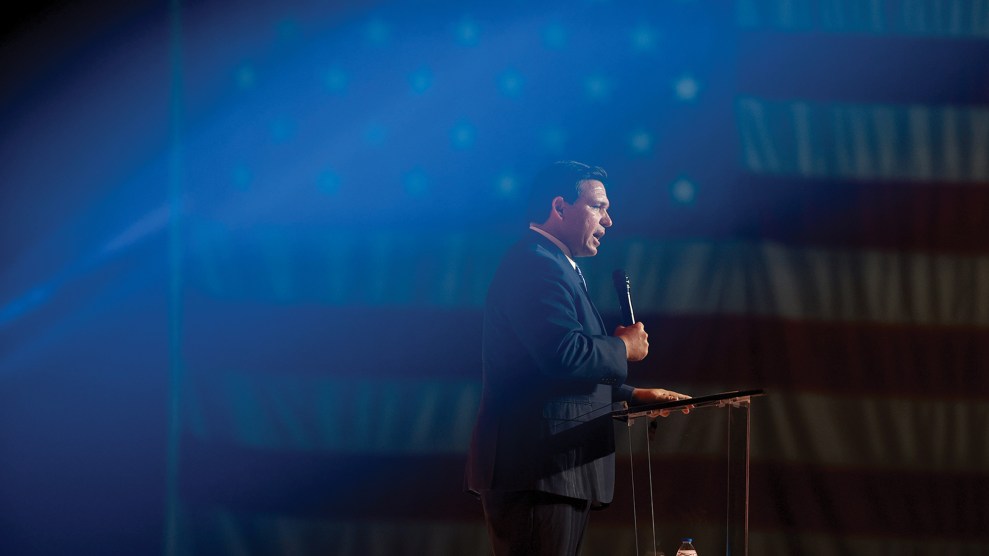 Ahead of the Florida primaries in August, Gov. Ron DeSantis went on an “Education Agenda Tour” across the state to endorse candidates for school board races. His efforts paid off. Out of a pool of 30 school board hopefuls who had been handpicked by the governor for aligning with his “parent-centered,” so-called anti-woke, platform, 19 of them won their elections and six others advanced to runoffs. DeSantis’ unprecedented involvement in these down ballot races reinforced how culture wars on education have become central to the GOP strategy; the days of traditionally nonpartisan school board elections are over.

[Related: The Most Powerful Moms in America Are the New Face of the Republican Party]

“If I could have a conservative majority on every school board in the country, we would be in such good shape,” DeSantis, who in addition to running for reelection is clearly positioning himself for a 2024 presidential bid, said at a rally in Sarasota. In that Republican-leaning county, where the school district enrolls just under 45,000 students, three candidates endorsed by DeSantis won their races and flipped the school board to a 4–1 conservative majority. One was Bridget Ziegler, a Moms for Liberty co-founder who helped draft the governor’s “Don’t Say Gay” bill restricting instruction on gender identity and sexual orientation. Another winner is former teacher and school counselor Robyn Marinelli, who defeated an opponent endorsed by the local Democratic Party, despite being outraised by almost $170,000.

Four other school boards in Florida saw a conservative sweep, including Miami-Dade, which, despite a massively diverse population, became the largest county in the nation with a conservative-majority board. After the primary, the 1776 Project PAC, which is dedicated to electing school board members committed to abolishing critical race theory from the public school curriculum, said more than 300 aspirants to school board seats have applied for endorsements.

Ziegler’s blueprint for education promises to leave “CRT out of the classroom,” keep “boys out of girls’ bathrooms and locker rooms,” and ensure “sexual education focused on biology, not pleasure or gender theory.” At a victory party, Ziegler—whose husband is the vice chair of the Republican Party of Florida—and Marinelli celebrated their wins by posing for photos with members of the Proud Boys, one of whom reportedly flashed a white-power sign. “I think we all would have won anyway but maybe not as much” without DeSantis’ support, Marinelli said. “Because he got people out to vote.”

University of Florida political science professor Daniel A. Smith says that the governor’s politicization of education issues has so far proved to be an effective strategy to animate voters. “Republican turnout was higher than expected given that they didn’t have competitive statewide races,” he told Mother Jones. “DeSantis realized that and put some effort in those local elections where he could try to play kingmaker.” Indeed, turnout in Sarasota was higher than in any midterm primary in the last 30 years.

“Florida is the place where woke goes to die,” claims DeSantis, adding that his is the most significant effort “to endorse, train and invest in school board candidates across the nation.” Among the newly elected school board members in Duval County is April Carney, a local business owner and nutrition coach who has appeared on Steve Bannon’s War Room podcast. She won, despite suggestions from the local Democratic Party, which her campaign has disputed, that she may have attended the January 6 riot. “We want you to go to these school boards, whether it’s for critical race theory, vaccines, mask mandates, and we want you to do what April Carney is doing,” Bannon told his listeners. “Eventually say, ‘You know what, I’m going to run.’ We got to remove these people…that’s democracy.”

Education is likely to be a key battleground in the midterms, says Susan MacManus, a political analyst and professor emerita at the University of South Florida who described the DeSantis campaign endorsements as a “test run for its November get-out-the-vote operation.” She notes that DeSantis’ involvement prompted the Florida Democratic Party to come out in support of their own school board candidates and that the party’s gubernatorial aspirant Charlie Crist picked a teachers union head as his running mate.

As for Republicans, “obviously they think it was a successful strategy and they’re going to use it again.” The focus on education is galvanizing people normally not engaged in politics or as partisan, she explains. They are single-issue voters, suburban parents likely to constitute the “swing vote” in the elections in Florida and beyond. And “when new people vote,” MacManus says, “they’re going to vote for other offices, not just school boards.”