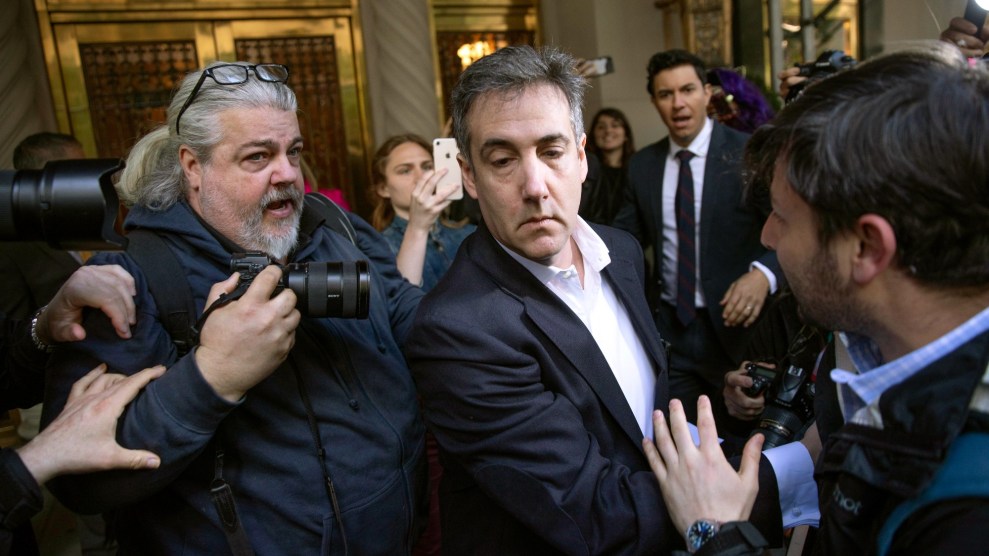 For many lawyers of former President Donald Trump and others who observe them, MAGA has a special meaning unrelated to the former president’s empty promise for American renewal. The New York Times reported today that their “dark joke” is that “MAGA” actually stands for “making attorneys get attorneys.”

Turns out, it’s a perilous job representing the former president, and not just because they may struggle to get paid for their work (even more likely since the RNC has decided not to help out); or his well-earned reputation for abusing them and placing them in Constitutionally untenable situations, such as defending his possession of classified documents at Mar-a-Lago. Now, the Times explains, the attorney-client relationship is fraught with legal peril for many of those attorneys.

Over six years and nine major investigations by Congress, the Justice Department and local prosecutors, as Mr. Trump has managed to avoid removal from the presidency and indictment, it has become clear that serving as one of his lawyers is a remarkably risky job —and one that can involve considerable legal exposure. Time after time, his attorneys have been asked to testify as witnesses to potential crimes—or evaluated as possible criminal conspirators themselves.

While the consequences his lawyers faced were extraordinary when Mr. Trump was in the White House, the dangers have only intensified since he left office and have become increasingly acute in recent weeks, as the former president has come under scrutiny in two different Justice Department investigations and has been forced yet again to find lawyers willing to represent him.

The story lists a number of bold-face name attorneys in Trump’s inner circle who now find themselves in legal hot water, like 2020-election underminers Rudolph Giuliani and John Eastman (Politico described the latter’s “criminal exposure” as “real”.)  Then there are those who worked with him in the White House, such as former White House counsels Donald McGahn, Pat Cippilone, and Patrick Philbin. In the White House alone, Cippilone and Philbin are joined by “at least” nine others. Add to them, the Times notes, “17 mostly lesser-known lawyers who represented Mr. Trump in battleground states as he tried to overturn the election are facing ethics complaints, putting them at risk of being disciplined or disbarred by bar associations or the courts.” According to the 65 Project, which attempts to track lawyers who have acted unethically, they’ve filed complaints against 40 lawyers involved in challenging the election.

Trump lawyer John Eastman, commenting to the @NYtimes on the ethics complaint we've filed against him and his colleagues, said that the goal of the 65 Project is to “shame them and make them toxic in their communities and their firms.”

The Times acknowledges that attorneys must represent all kinds of clients, even the most unsavory ones. But the rub is this issue known as a “code of professional conduct,” which discourages members of the bar from filing suits that aren’t supported by either facts or any kind of legal precedent. The 2018 conviction of former Trump attorney Michael Cohen for tax evasion may have proved to be a cautionary tale for any attorney who has tied his fate to that of the former president.