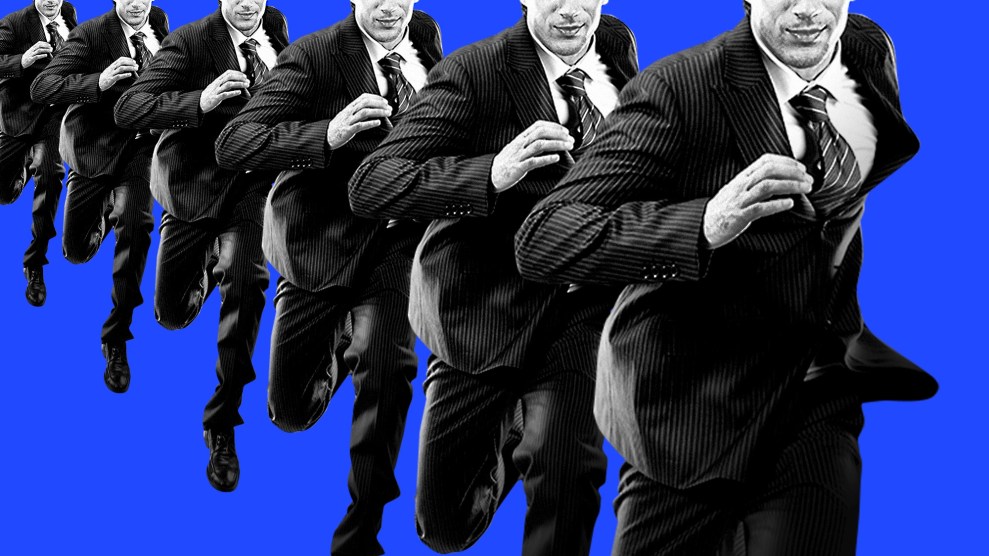 It was inevitable, after the Senate’s recent passage of the Inflation Reduction Act (IRA), that the IRS would come under renewed attack. Republicans loathe taxes and the IRS is an easy target. Nobody likes it much, after all. But somebody has to make sure Americans pay their fair share, or else we end up like Greece.

The IRA legislation, as it stands, delivers the strapped IRS nearly $80 billion in new funding over 10 years, of which $45.6 billion is earmarked for enforcement—hiring more agents, bolstering legal capabilities, and improving “investigative technology.” According to the Congressional Research Service, these funds may also be used to “monitor and enforce taxes on digital assets such as cryptocurrency.” The CRS estimates (loosely) that the beefed-up enforcement will result in an additional $204 billion in tax revenues. (The administration has estimated that closing up the “tax gap” between what is owed and what is collected would net the treasury up to $700 billion.)

And now—surprise!—Republican lawmakers and the right-wing echo chamber are spreading lies on social media about what this funding would actually do. In particular, they’ve glommed onto the falsehood that the agency plans to hire 87,000 new “agents.” Have a gander:

If you think the federal government is out of control now, God help us when you get 87,000 new IRS agents who are looking under every rock and stone to get money out of your pocket. pic.twitter.com/DtHBB9atA3

After todays raid on Mar A Lago what do you think the left plans to use those 87,000 new IRS agents for?

The FBI raids Trump’s house and the Democrats vote to add 87,000 new IRS agents to go after Americans.

If the FBI can raid the home of a former US President, imagine what 87,000 more IRS agents will do to you.

The trouble with all this is, well, it’s bullshit. That 87,000 estimate represents everything from IT techs to customer service people who answer the phone and help you file your return. Second, it includes attrition. For some perspective, the IRS workforce last year (see Table 31) totaled 78,661 full-time equivalent positions—down from 94,709 a decade earlier. And no, the IRS is not doubling its workforce. Republican politicians know this. But they are lying to make it sound as though jack-booted thugs dispatched by the Democrats are about to come knock down your front door. It is deceitful rhetoric, and it is dangerous.

The right is prepping for civil war. I’d report them all to the @FBI, but I literally don’t have time to sit report the hundreds of videos like this I’m seeing on my alt tiktok. (And they didn’t check Twitter.) so here’s a 🧵/1 pic.twitter.com/4zttJLxCaf

How many new enforcement personnel would the IRS actually hire? According to a May 2021 Treasury report that details how the agency would allocate an $80 billion infusion, the plan “will support the hiring and retention of at least 5,000 new enforcement personnel.” That’s enough to fill a medium-sized performance venue—certainly not a football stadium.

The new IRS enforcement funding is about making sure rich people pay what they owe—which helps explain why the GOP is so bent out of shape about it.

The claim that these new agents will be targeting the everyman is also mostly false. From the same report: “While roughly 99% of taxes due on wages are paid to the Internal Revenue Service (IRS), compliance on less visible sources of income is estimated to be just 45%. The tax gap disproportionately benefits high earners who accrue more of their income from non-labor sources where misreporting is common.”

In fact, efforts to restore IRS enforcement funding have always been about making sure rich people pay their taxes, which helps explain why the GOP is so bent out of shape about it.

Their faux outrage, while politically convenient, is nothing new. As I pointed out in my book, Jackpot, and an earlier Mother Jones story, the Republican Party has been waging war on the IRS since at least 1994. (Also read ProPublica‘s deep dive, “How the IRS was Gutted.”)

Briefly, by the end of the Bush years, the agency was auditing fewer than 1 in 10 taxpayers with incomes north of $10 million. Audits of the superwealthy soared under President Barack Obama, but Republican lawmakers, embittered by a 3.8 percent surcharge that the Affordable Care Act imposed on top earners, hit back hard. After winning the House in 2010, they set about eviscerating the taxman’s budget. As I wrote previously:

From 2010 to 2018, even as the IRS received 9 percent more tax returns, its annual budget was slashed by $2.9 billion—a 20 percent reduction that cost the agency more than one-fifth of its workforce. Investigations of non-filers plummeted and the amount of outstanding tax debt the IRS formally wrote off (based on the 10-year statute of limitations for collections) more than doubled—from less than $15 billion in 2010 to more than $34 billion in 2019.

Virtually no partnerships were audited in 2018. By then, with Donald Trump in the Oval Office, the kneecapped IRS was scrutinizing the individual returns of just 0.03 percent of those $10 million–plus taxpayers, down from a peak of 23 percent in 2010. Audits of the $5 million–to–$10 million filers fell from just under 15 percent to a scant 0.04 percent.

A fair subset of superwealthy Americans doesn’t even bother filing. The Treasury Department’s Inspector General for Tax Administration reported in 2020 that nearly 880,000 “high income” non-filers from 2014 through 2016 still owed $46 billion, and the IRS was in no condition, resource-wise, to collect. The 300 biggest delinquents owed about $33 million per head, on average. Fifteen percent of their cases had been closed without examination by IRS staffers, and another one-third weren’t even in line to be “worked.”

On Joe Biden’s watch, the IRS—which has the right to examine a person’s federal returns going back three years—played catch-up: The revised 2019 audit rates stand at 1 percent for people reporting incomes over $5 million and 2 percent for those with incomes over $10 million. And while those numbers dwarfed 2019’s overall audit rate of 0.2 percent, the ultra-rich have far more opportunities than the rest of us to avoid (and evade) taxation.

Well, look whose IRS audit rates declined the most dramatically from when Obama was in power to when Trump was in power… pic.twitter.com/GpBzqKOrns

Contrary to mendacious Republican rhetoric, Trump’s IRS sometimes paid more attention to low-income taxpayers than to America’s richest. For instance, the agency audited the 2018 returns of about 5 percent of taxpayers who reported zero positive income vs only 2 percent of taxpayers with incomes of $10 million and up. Unsophisticated, low-income taxpayers often claim credits to which they are not entitled, after all, and they are a breeze to audit. But Republican cuts to IRS enforcement left the agency unable to compete with the sophisticated avoidance schemes of the mega-wealthy.

You could probably fill a stadium with all the money those people saved.