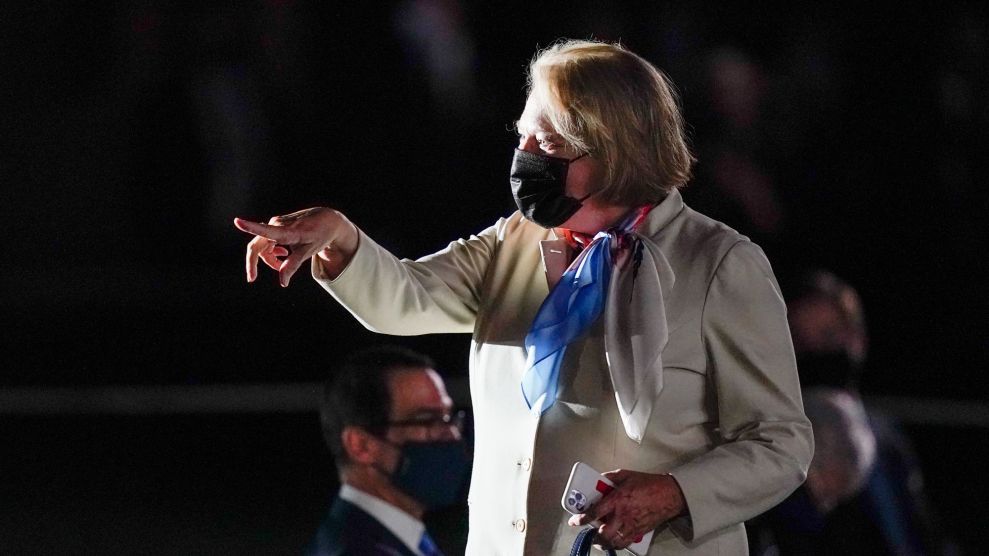 This story has been updated to include John Eastman’s Jun. 16 statement.

The January 6 committee just announced that it plans to invite right-wing activist and Supreme Court spouse Ginni Thomas for questioning after months of stating that it was unlikely to solicit her testimony. The about-face occurred after the New York Times reported that she’d been in contact with lawyer John Eastman as he sought a legal basis to keep Trump in power.

“At this point, the information we have come upon…it’s time for us to invite her to come and talk,” committee leader Rep. Bennie Thompson (D-Miss.) told reporters Thursday.

This will no doubt trigger howls of condemnation from Republicans, who will claim that it’s yet another indication of the partisan skew of the (bipartisan) committee’s investigation. But at this point, it’s difficult to figure out what else the committee could have done.

Like an antidemocratic muppet, Thomas has continually popped up in the background of the committee’s investigation, spouting QAnon talking points to some of the most powerful people in Trump’s inner circle. She also played what we journalists like to call an “active role” in pressuring state legislators to overturn the will of the voters.

If you need a refresher, here’s what we know about her activities in the lead-up to January 6:

It’s important to note that there’s still a greater-than-zero chance that the role Ginni Thomas played in the plot to overturn the 2020 election turns out to be a distraction. The revelations about Thomas’ behavior seem to show a sincere but floundering effort to keep Trump in power. In her email blast to Arizona lawmakers, Thomas didn’t, it seems, depend on her (frighteningly) extensive connections to the conservative elite but on FreeRoots, which the Washington Post described as an “online platform intended to make it easy to send pre-written emails to multiple elected officials.” Nevertheless, an incompetent coup attempt is still a coup attempt, and an ineffective coup-plotter is still a coup-plotter.

In addition, there’s still no hard evidence that Clarence Thomas had been aware of his wife’s activities or that they affected his rulings. Justice Thomas, after all, agreed with his fellow Supreme Court justices when they rejected an infamous post-election lawsuit filed by Trump supporters, although he was the sole public dissenter in a subsequent decision that forced the release of Trump’s records to the January 6 committee.

The January 6 committee has been tasked with investigating the events that led to the attack on the Capitol and the sprawling effort of Trump’s inner circle to subvert the transfer of power. Nothing could be more germane to that goal than interviewing a Supreme Court spouse who engaged in a truly unprecedented pressure campaign to overturn the 2020 election, regardless of whether her ultimate role turns out to have been peripheral.