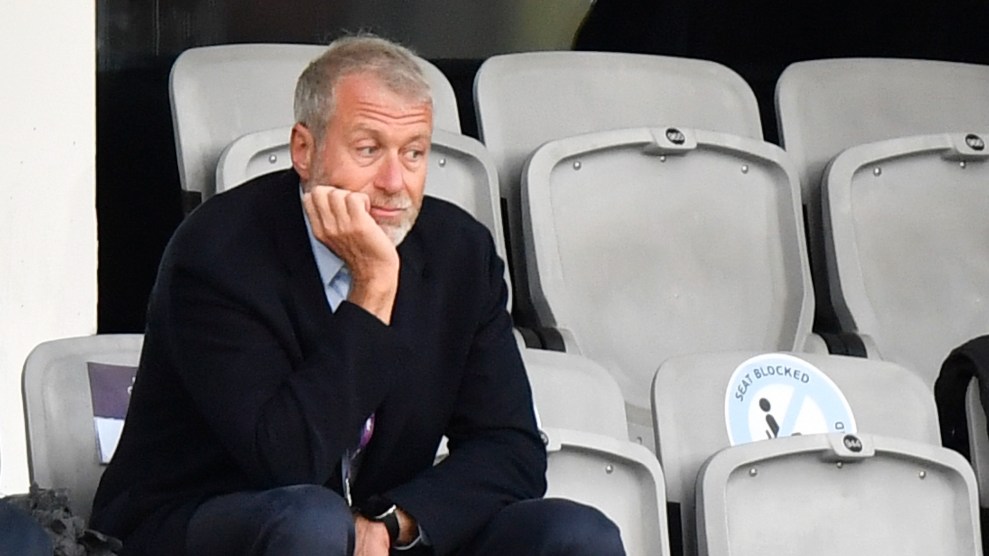 Russian oligarch and billionaire Roman Abramovich, one of the most high-profile Russian oligarchs, will sell off his stake in a European telecom company for just £1—the equivalent of one US dollar, for an investment that was worth half a billion dollars before the oligarch faced stringent Western sanctions thanks to Russian President Vladimir Putin’s instigation of the war in Ukraine. The news that Abramovich will sell the company that he and two business partners once invested as much as $375 million (about £300 million) in comes in a report from the UK paper The Times, just a week after the British government okayed a deal for Abramovich to sell the Chelsea Football Club, one of the Premiere League’s top teams and one of the most valuable sports franchises in the world, for $5 billion.

In both cases, Abramovich will see little, if any, profit from the sales, with any possible financial upside for him being frozen until he is no longer sanctioned. In the case of the telecom company, Truphone, Abramovich will be allowed to recoup up to one-third of his original investment, but he won’t receive any of it as long as he remains under sanctions. With the sale of Chelsea F.C., to an investor consortium led by Todd Boehly, an American investment banker who is also a part owner of the Los Angeles Dodgers, the $3 billion that Abramovich invested in the team will be placed in a special fund the U.K. government can use to benefit victims of Russia’s invasion of Ukraine. The remaining $2 billion will be invested in the team, leaving Abramovich with nothing.

The sale of his assets represents a dizzying fall for Abramovich. He earned billions in the early years following the collapse of the Soviet Union, gaining control of huge oil and aluminum resources in the chaos of Russia’s transition out of communism and parlaying the money into western investments, including Chelsea, various tech firms, and private equity investments in the United States. He also became a citizen of both Israel, where he made huge philanthropic donations, and Portugal. Abramovich previously was active in Russian politics, but he resigned a governorship in 2008, and has since denied being close to Putin. However, both the European Union and the United Kingdom placed sanctions on him shortly after Russia’s invasion of Ukraine in March. The US has, allegedly, considered sanctioning him, but has reportedly held off at the request of Ukrainian President Volodymyr Zelenskyy, who argued Abramovich could be helpful in negotiations with Putin.

In 2021, estimates of Abramovich’s wealth rose to as much as $14 billion, but following the start of the war and the sanctions targeting him, it has plummeted to near $6 billion. While Abramovich has appeared to be relatively cooperative in the sale of his telecom company and soccer club, he is not going down without a fight against the sanctions. Last week, the oligarch filed a lawsuit against the European Union to remove himself from the sanctions list there. Nearly two dozen other Russian oligarchs also appear to have filed similar suits in the EU.