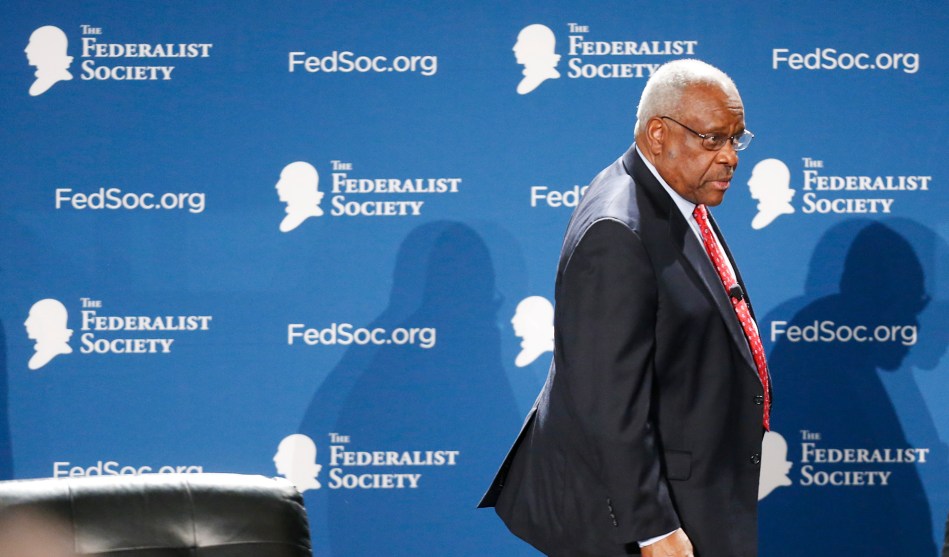 Supreme Court Justice Clarence Thomas said Friday that the high court’s reputation had been permanently damaged by the recent leak of a draft opinion that would overturn Roe v. Wade and eliminate the constitutional right to have an abortion.

“What happened at the court is tremendously bad,” Thomas said on Friday at a conference in Dallas for Black conservatives. “I wonder how long we’re going to have these institutions at the rate we’re undermining them, and then I wonder when they’re gone or destabilized what we will have as a country, and I don’t think the prospects are good if we continue to lose them.”

The leak of the draft opinion is unprecedented in modern Supreme Court history. It is not publicly known who provided the opinion to Politico, which published it earlier this month. Some on the left have speculated that a conservative justice or clerk wanted to pressure fellow conservatives to maintain their support for overturning Roe. Those on the right have tended to argue that a liberal shared the opinion to create a backlash against the court.

Either way, Thomas argued on Friday that the leak has led justices to view each other with suspicion. “Look where we are, where that trust or that belief is gone forever,” he said. “And when you lose that trust, especially in the institution that I’m in, it changes the institution fundamentally. You begin to look over your shoulder.”

The remarks came during a public conversation with his former clerk John Yoo, a law professor at the University of California-Berkeley. Among progressives, Yoo is infamous for writing many of the memos that provided a legal justification for torturing people captured as part of the war against the Taliban and al-Qaeda.

Thomas’ lamentations about the state of American institutions are, at best, selective. Following the 2020 presidential election, his wife, Virginia Thomas, repeatedly pressured White House Chief of Staff Mark Meadows to attempt to overturn the election based on conspiracy theories and baseless allegations of widespread fraud. In a series of text messages to Meadows obtained by the Washington Post and CBS News, she accused Biden and the left of “attempting the greatest Heist of our History”

“Do not concede,” she wrote in a message to Meadows sent just after the election. “It takes time for the army who is gathering for his back.” Following the January 6 storming of the Capitol, she expressed her disgust with former Vice President Mike Pence, who refused to block certification of Biden’s victory.

Before his wife’s text messages were published, Clarence Thomas did not recuse himself from cases related to the 2020 election. He has also provided no indication that he will step aside from future cases tied to Trump’s effort to steal the election, despite widespread calls for him to do so. If he has any doubts about how that will impact the court’s reputation, he has kept them to himself.