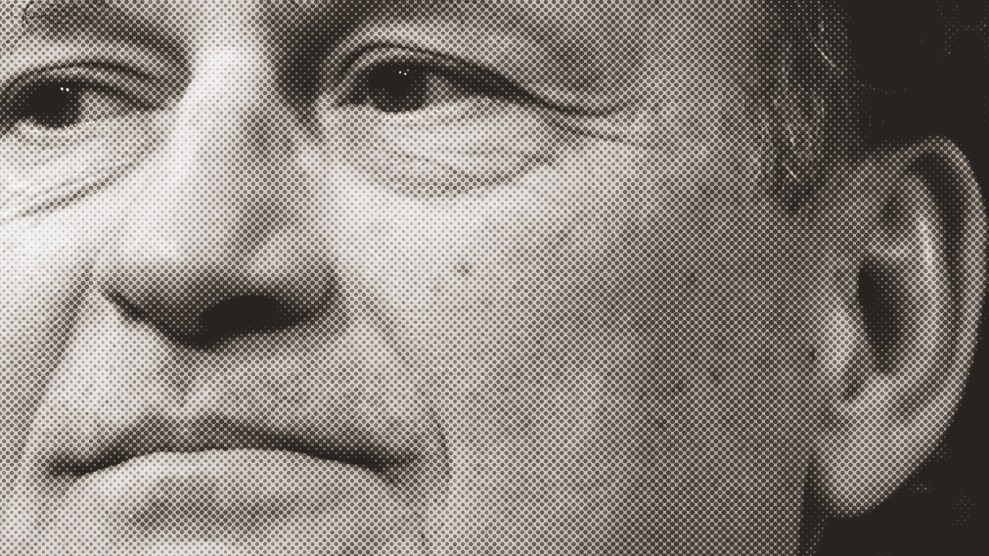 For 250 years, the United States has struggled to live up to its founding promises of equality, liberty, and democracy, only slowly and haltingly expanding those freedoms beyond the white, land-owning men to whom they were initially guaranteed. In his leaked draft opinion overturning Roe v. Wade and ending the constitutional right to an abortion that Politico published Monday night, Justice Samuel Alito laid out the conservative movement’s project to reverse that progress and return the country, at least morally and legally, to the 19th century.

In order to toss the constitutional right to abortion, Alito takes a tour through the past to show that abortion is not “deeply rooted in this Nation’s history and tradition.” Such historical excavation is common for the Supreme Court, and a regular part of its methodology. But when it comes to the project of creating an equal society that guarantees first class citizenship to all, seeking moral clarity from an era when only wealthy white men enjoyed the promised freedoms of the Constitution is a rigged game.

Seeking moral clarity from an era when only wealthy white men enjoyed freedom is a rigged game.

The right to an abortion in Roe was partly anchored in the 14th Amendment’s substantive due process right. So Alito returns to 1868 to see how abortion was viewed at the time it was written. “By the time of the adoption of the Fourteenth Amendment, three-quarters of the States had made abortion a crime at any stage of pregnancy, and the remaining States would soon follow,” Alito writes. He does not mention that it would be another 50 years before most women could vote for the elected officials who held the power to criminalize abortion. And it would be yet another 50 years before women could get a credit card without their husbands’ permission. If the purpose of the historical analysis is to ascertain what was considered a protected right long ago, it will be a recipe for undoing the progress of the 20th century. And that is, clearly, the point.

“A decision overruling Roe v. Wade would threaten an entire line of jurisprudence rooted in the 14th Amendment’s guarantee of liberty,” Melissa Murray, an expert in constitutional law and reproductive rights at the New York University School of Law warned in the New York Times in December. “This line of cases goes back to a 1923 decision guaranteeing parents the right to raise their children free of undue state intervention, and it includes the right to marry, the right to engage in adult sexual relationships and the right to use contraception.”

Alito’s draft opinion breathes life into a right-wing campaign to remove the legal foundation not just for abortion but other rights around marriage and intimacy. During the recent confirmation hearings for Supreme Court Justice Ketanji Brown Jackson, several Republican senators lamented that the Supreme Court was in the business of making up “new” rights that weren’t explicitly named in the Constitution, especially through the 14th Amendment’s substantive due process clause. “Marriage is not in the Constitution, is it?” Sen. John Cornyn (R-Texas) asked Jackson, as part of a line of questioning attacking the Supreme Court’s 2015 ruling finding a constitutional right to same-sex marriage.

In the midst of Jackson’s confirmation hearings, Sen. Mike Braun (R-Indiana) let slip that not only should abortion be left up to the states, but so should the legality of interracial marriage. He quickly backtracked, but the cat was out of the bag. Conservatives who argue today that they only want to overturn abortion rights know that interracial marriage, contraception, and other rights based on similar legal and historical analyses are also on the chopping block—and many believe they should be there.

“There’s a frontal challenge to what is essentially a century of Supreme Court precedents that recognize that the 14th Amendment protects fundamental rights, including ones that aren’t specifically mentioned in the Constitution’s text,” David Gans, director of the human rights, civil rights and citizenship program at the Constitutional Accountability Center, told Courthouse News Service at the time of the Jackson hearings. Abortion, he predicted, was only the beginning.

Alito tries to hide the long game in his draft opinion. Abortion, he writes, is “fundamentally different” because it involves the destruction of a fetus. But that’s not a legal distinction that any justice is actually beholden to. What Alito does lay out—his historical analysis—would clearly jeopardize more fundamental rights. “All the other privacy rights are clearly in jeopardy, despite Alito’s assurance,” Adam Winkler, a constitutional law expert at the UCLA School of Law, explained on Twitter. “Contraception, interracial marriage, sexual intimacy—none of those rights could withstand Alito’s history and tradition test that looks only to the law existing before the 14th amendment.” These are rights, secured after the country’s founding, that anchor the United States among 21st century democracies rather than 19th century theocracies.

In any case, Alito’s history is incomplete, cherry-picking some facts while ignoring others. Looking to abortion laws at the time the 14th Amendment passed enshrines the patriarchy of the era but excludes the 14th Amendment’s goals of bodily autonomy and the freedom to choose one’s family. The 14th Amendment, Gans argued last November in the Atlantic, was a sweeping addition to the Constitution intended to undo the legacy of slavery. Under slavery, men and women could not control their own bodies, who they married, or when they had children. “One of slavery’s cruelest aspects was the brutal denial of reproductive autonomy in matters of family life,” Gans wrote. “Plantation owners forced enslaved women to bear children who would be born into bondage… Not only were enslaved people coerced into bearing children; enslaved people in loving relationships had no right to marry or raise children of their own.” Lawmakers who drafted the 14th Amendment had in mind the freedom to form a family as one desires when they expanded the freedoms of citizenship to all Americans. Abortion, contraception, and marriage equality are among the necessary tools Americans need to exercise that freedom.

But that part of history does not fit the goals of the anti-abortion movement, leading Alito to dismiss it—while firing off a shot across the bow of other rights. “These attempts to justify abortion through appeals to a broader right to autonomy and to define one’s ‘concept of existence’ prove too much,” he writes, warning that such a view could be used to legalize illicit drug use or prostitution. “None of these rights has any claim to being deeply rooted in history.”

If the founders didn’t explicitly name a right, then there’s no place for it in Alito’s America. In a few months, that may be everyone’s America.