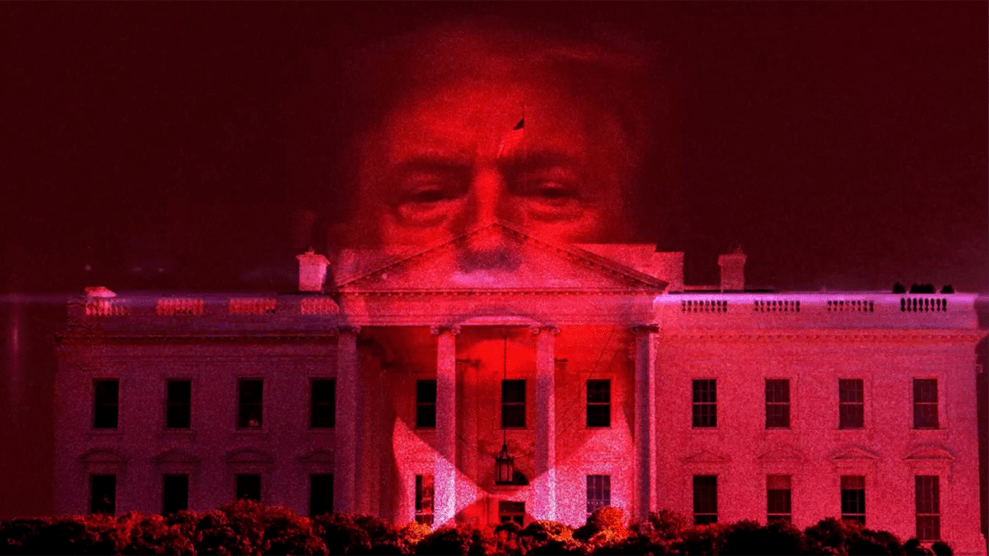 Soon, a year will have passed since thousands of enraged Trump supporters stormed the US Capitol, many of them brutally attacking law enforcement agents, desecrating the halls of Congress, and sending lawmakers and the vice president fleeing for their lives. The historic assault on the peaceful transfer of power in Washington left a handful of people dead and hundreds of others injured, and was followed by the suicides of several police officers who defended the Capitol. Building damages and subsequent security costs amounted to more than $30 million. Since that harrowing day for American democracy, the FBI has arrested nearly 700 alleged participants in the siege amid an ongoing investigation of unprecedented scale for the Justice Department and federal court system.

According to Donald Trump, however, none of this actually happened.

Copious evidence from January 6 criminal cases shows that the violent throngs were propelled by lies from the freshly defeated president, who has never stopped declaring that the 2020 election was “stolen” from him through “massive fraud.” That absurd claim has long since been widely debunked, and its political weaponization and organized funding are the focus of an accelerating bipartisan investigation by a House select committee. Yet those facts have not stopped Trump from adding a brazen new dimension to his so-called Big Lie.

As I reported in mid-November, the ex-president has been steadily building a campaign to rewrite the events of January 6, posting numerous statements online and making declarations at Republican fundraisers and in the media that commandeer the language of “insurrection” and aim to flip the reality of what happened on its head. Trump has been refining this message and grooming the Republican Party in his grip to help him continue delivering it: The “real” insurrection was the 2020 election itself, Trump claims, whereas January 6 was simply “the protest” against that supposedly nefarious day of invalid national voting.

“I reverse it,” Trump now declares. “The insurrection took place on November 3rd.”

Trump is now pushing this propaganda more explicitly on television. For an interview broadcast in early December on UK channel GB News, the ex-president sat down at Mar-a-Lago with former right-wing British politician and dedicated Trump toady Nigel Farage, who asked Trump whether he thought it was “a mistake” to have held a rally at the White House Ellipse on January 6. It was during that rally that Trump directed his supporters to march to the Capitol Building and “show strength” against the congressional certification of Joe Biden’s victory or risk losing their country forever.

“It was a massive rally, with hundreds and hundreds of thousands of people,” Trump claimed in response to Farage’s question. “I think it was the largest crowd I’ve ever spoken before. And the real—I reverse it—the insurrection took place on November 3rd, that was Election Day, and before and after. That was to me, the insurrection. And January 6th was a protest.”

Trump then reiterated his claims about crowd size along with another familiar tactic meant to deceive the public about the horrific events at the Capitol: “And then, unfortunately, some bad things happened,” he told Farage, “but also, the other side had some very bad things happen.”

This well-honed whataboutism from Trump, ascribing blame to a fictitious “other side,” aims to haze over lies from him and his congressional supporters: the notion that “antifa” was behind the Capitol siege—a falsehood debunked under oath by FBI director Christopher Wray and even by some insurrectionists themselves—or the bogus claim that a conspiracy hatched by the FBI was supposedly the cause of the mayhem. The utter lack of coherence to all of this is irrelevant. Trump and his backers have made just as many phony claims to the opposite effect, pushing the lie that January 6 was “a peaceful protest” by patriots rather than a violent attack by a heavily armed mob—a veritable “lovefest,” as Trump has described it, between his supporters and police at the Capitol.

The propaganda campaign led by Trump appears to have been effective to a profoundly disturbing degree. Polls indicate that many Republican voters continue to buy the election-fraud lies from Trump and the party, even condoning violence as a necessary means of “saving” the country. Moreover, Republican officials and operatives have exploited the animating lie of the January 6 insurrection to spread new voter suppression laws. And as the Guardian reported, Trump’s performances remain a cash cow for right-wing media; his GB News interview with Farage doubled the size of the channel’s usual audience, giving it “the symbolic victory” of overtaking Sky News and the BBC News channel during the time slot it aired on December 1.

A sinister paradox now holds that Trump will soon run again—even though Trump, according to Trump, was in fact reelected in November 2020, a lie still tacitly endorsed by some Republican officials.

Trump has already made evident how he plans to use the whitewashing of January 6 within his broader narrative of political grievance as he eyes a GOP presidential nomination for 2024. In a lengthy interview aired on Fox News on Sunday, sycophantic host Mark Levin didn’t ask the ex-president about the grim assault on the US Capitol—but Trump still worked in some of his messaging about it amid his familiar demagoguery on immigrant invaders and the alleged evils of the Democratic Party.

“They’re using prosecutors all over the place to hurt people, to hurt Republicans… and hurt ‘em very badly,” Trump told Levin, apparently in reference to the charges against January 6 rioters and perhaps also a preemptive attack on possible criminal consequences at higher political levels. “They’re going after people, everybody.”

Trump is the first American president in history to permanently refuse to concede a clear election defeat. A sinister paradox now holds that he will soon run for the White House once again—even though Trump, according to Trump, was in fact reelected in November 2020, a lie tacitly endorsed by some Republican officials who still refuse to acknowledge that Joe Biden is legitimately the president of the United States.

Trump declared to Levin in Sunday’s interview that the GOP would see major victories in 2022 and 2024 with himself leading the way. He also further emphasized his long-running message of divisive existential battle. “This country has tremendous potential,” he said, “but we’re giving it away, and there’ll be a point where the country can’t come back, and we can never allow that point to be reached.”