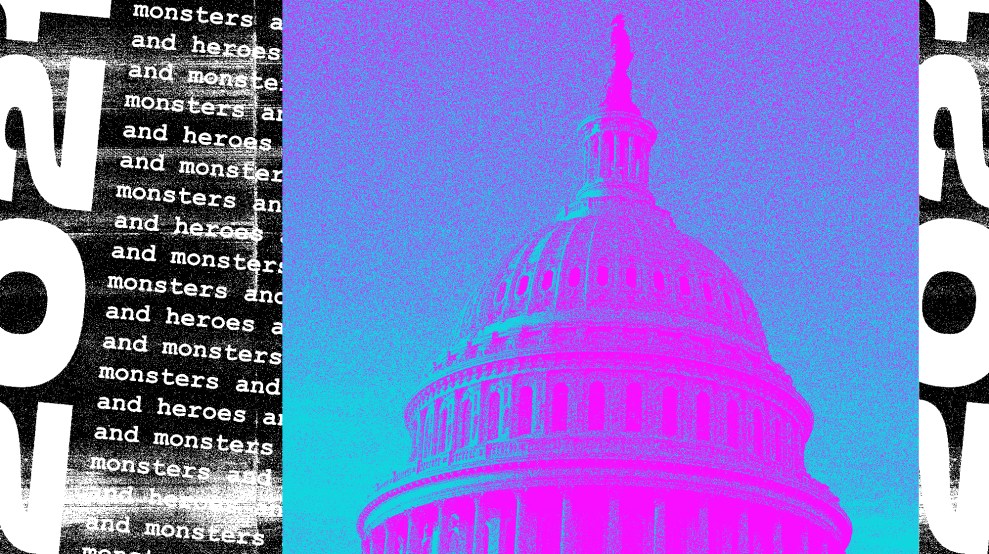 In the early hours of January 6, in that impossibly brief window between the Georgia special elections and the Capitol insurrection, a meme started to circulate about what this new Democratic reign in Washington would be like:

It was a joke, but only sort of. With no margin for error, Manchin, the caucus’ most conservative member, would command outsized influence on the party’s agenda. Morgantown might not be getting 23rd-century skyscrapers or jetpacks—I’m not even sure the 23rd century will be all that pleasant—but when it came to spending, he could name his price. His predecessor, Robert Byrd, was obsessed with securing funding for pet projects. (There is a Wikipedia page titled “List of places named after Robert Byrd.”) What would Joe Manchin like to buy with his blank check?

The problem with that line of thinking soon became apparent—what Manchin often seems to want is not more money for his state, but less money, broadly speaking, for everyone. In a terse interview with Fox News on the last Sunday before Christmas, Manchin, the Democratic senator from West Virginia, pulled the plug on Build Back Better, the omnibus package of social and climate- policy programs that comprises the remaining bulk of President Joe Biden’s domestic policy agenda. The bill, which passed the House of Representatives in November, includes things like universal pre-K, monthly payments to people with children; and half a trillion dollars to save the climate. Manchin, after engaging in a not-especially-elaborate dance with Biden and the rest of his caucus for much of the summer and fall, said he had “tried everything humanly possible,” but that “this is a no.” Final answer.

Unlike some of his colleagues (such as the equally intransigent Kyrsten Sinema), Manchin has spent a lot of time explaining himself during this whole process. He claimed that the bill would move the United States toward an “entitlement society” and tried to undercut the $150 billion clean-energy program that, as the New York Times put it, “was the muscle” behind the original bill’s climate targets. Behind the scenes, HuffPost reported, Manchin also argued that paid family leave would just lead to people calling in sick to go hunting (weirdly specific) and that constituents would just use the extra money from the government to buy drugs. (This is not an argument typically used against tax cuts). Manchin could hardly think less of his constituents, even as he appoints himself as their avatar when it’s rhetorically convenient.

Manchin has blamed the bill’s apparent collapse on some unspecified slight from Democratic staffers, which is both characteristically messy and frustratingly opaque. Throughout the negotiation process there have been these weird back-and-forths about what Manchin may have been promised and what he really wants from his colleagues. (For all the apparent finality on Sunday, that might also be what’s happening now.) But the details are sort of superfluous. Senators have agency, and practically no one has more of it than Manchin. He’s 74 years old and rich as hell; if he blows up a once-in-a-generation opportunity to act on climate change, it’s not because, as he put it, some supporters of the measure thought “they can just beat the living crap out of people and think they’ll be submissive”; it’s because that’s what he wants to do with his power.

It’s easy to fall into a trap when complaining about these things, though, of confusing the Senate you have with the Senate you want. In last year’s edition of Heroes and Monsters, my colleague Nathalie Baptiste called the Senate a “dysfunctional mess,” for reasons that are rooted in the nature of the Senate itself. That Manchin, a political unicorn from a small and heavily Republican state, could be the ultimate arbiter of what Democrats get out of their likely fleeting governing trifecta in Washington, isn’t especially fair, but it is a pretty good representation of what the modern Senate really is—inherently undemocratic and unrepresentative of the nation as a whole, collectively obsessed with an unearned sense of its own worth and necessity, and devoted to an arbitrary and arcane set of rules and parliamentary procedures as if they arrived by special dispatch from Mt. Sinai.

Good luck explaining to the people you’ve promised to deliver for on immigration for a decade that you would have done something this time if the parliamentarian hadn’t gotten in the way. No one’s ever heard of the Senate parliamentarian. No one cares! You can literally just ignore them. Have fun explaining to voters that you would have protected voting rights or any number of issues that Democrats like to send fundraising emails about, if it weren’t for that pesky filibuster. Democrats made the Senate rules!

Sinema is an enigma. (Just don’t tell her that.) Mitch McConnell is how we got here. Ron Johnson is a turnip. Even the Capitol insurrectionists talked shit about Ted Cruz once they got inside the chamber—just like real senators! The Senate seems to hold itself in only slightly higher regard than the rioters did; of the 49 Republicans in the caucus, 42 of them decided that inciting an attack on their institution should not preclude someone from becoming president in the future. Trump’s attorneys sure knew their audience when they argued that senators couldn’t convict a president who has already left office: Inventing a narrow and unreasonable set of rules for their own behavior and then dogmatically abiding by them is what gets these people off their yachts in the morning.

In the opening of his 1911 proposed constitutional amendment to abolish the chamber, Victor Berger, a socialist congressman from Milwaukee, complained that the Senate “has become an obstructive and useless body, a menace to the liberties of the people, and an obstacle to social growth.” You could make more or less the same case today.