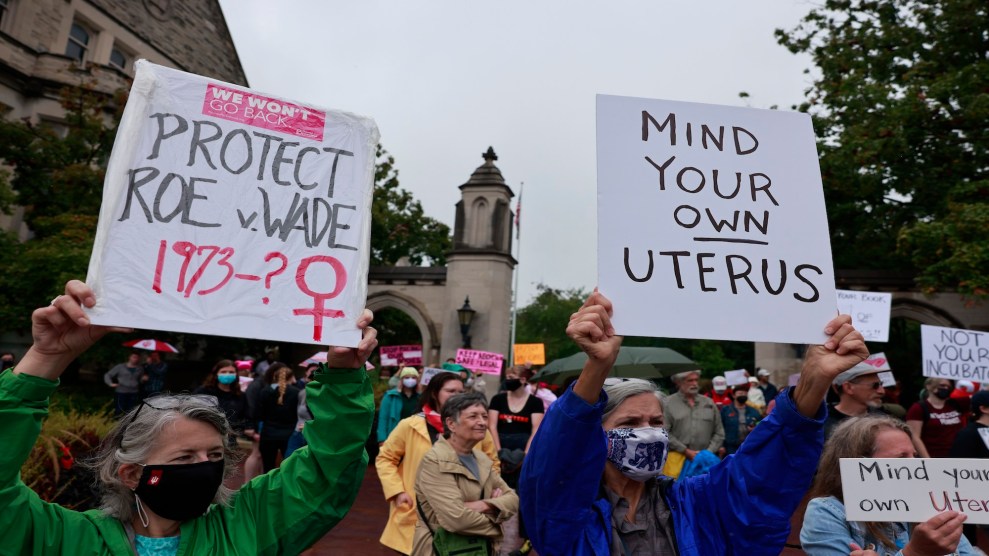 It’s been a little over a month since Texas’ SB 8, a law that bans abortions after six weeks, went into effect. And in the court filings of the continued fight overs its constitutionality we’re already seeing the law’s devastating effects.

Last week, a federal district court put a pause on the law’s enforcement, only for the US Court of Appeals for the Fifth Circuit to soon after lift the injunction. This effectively reinstated the ban. The Department of Justice has said the law is “in open defiance of the Constitution.” But as that battle is heard at the Fifth Circuit Court of Appeals the restrictions remain in place.

Earlier this week six Planned Parenthoods in Texas and neighboring Arkansas, Oklahoma, Colorado, Missouri filed a brief with the Fifth Circuit detailing the impact of SB 8 in the lives of Texans seeking abortions under this new regime.

Planned Parenthood’s brief includes dozens of stories by Texans of diverse backgrounds, from a 12-year-old patient whose mother said they couldn’t afford to travel out of state to accounts of patients navigating abusive partners, child care, policing, and financial instability. The brief underscores what happens when abortion is criminalized and paints a dark picture of what the US may look like if Roe v. Wade were to be overturned by the Supreme Court.

It highlights stories similar to one we’ve reported on: People driving thousands of miles for an abortion with abortion networks scrambling to provide lodging, transportation, and care.

In one testimony a woman in her mid-thirties recounts having to drive 6 hours from Texas to Oklahoma in order to find an appointment. She could barely afford to make the trip after a few of her seven children became sick with COVID and she lost her job. She deliberated buying “pills” online to terminate her pregnancy. But ultimately she chose to travel out of state, spending “over half” of her monthly salary on a hotel, food and gas, unsure if she had enough to cover the abortion itself by the time she reached the clinic.

Another patient similarly traveled to Oklahoma with her partner. Along the way, the two were stopped by the police and the officer forced her boyfriend, who is Black, to get out of the car while he interrogated her about her travel plans, asking probing questions about which specific Planned Parenthood she was headed.

the stories in this brief about people traveling out-of-state for an abortion are crushing https://t.co/xCM4Am9bhC pic.twitter.com/AiiDQk53b3

The brief additionally highlights the impact of the ban on out-of-state healthcare providers, many of whom are overwhelmed by the wave of Texas patients and worry about being able to sustain adequate care long term. One provider spoke of the emotional toll of the ban. “It’s heartbreaking,” they said. “We [don’t] know what happens to these patients.”

Some clinicians aren’t able to provide pain medication to patients who have to drive themselves back to Texas immediately after the procedure. Some clinics have also run out of the necessary menstrual and heating pads given to patients post-procedure. Other clinics in neighboring states aren’t equipped to accommodate Spanish speaking patients.

You can read the full brief here.