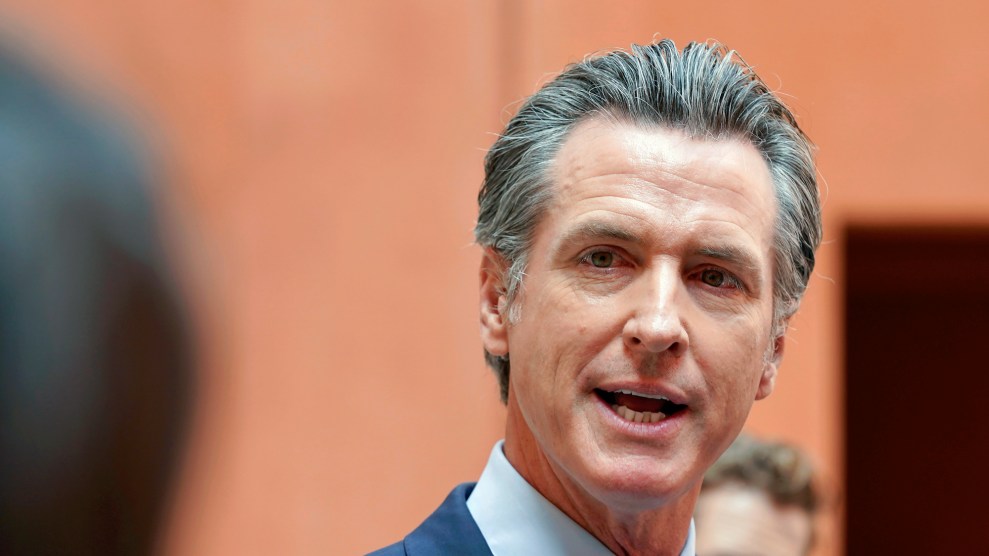 Throughout the California recall campaign, conservatives have run a shoestring operation. And as the last days of voting wind down, California Republicans are ending the race with the same remarkably unenthusiastic fundraising that they started it with.

Because of the format of the recall—Californians vote “yes” or “no” on whether to remove the governor and then separately vote on who should replace him—Newsom is not technically a candidate. Rather, his entire effort consists of opposing the recall by persuading people to vote “no” on the first question. All told, as of Monday, according to the California Secretary of State’s office, about $96 million has been raised as part of the “yes” or “no” battle—and Newsom’s camp has absolutely dominated, hauling in more than $79 million.

Conservatives have to split their dollars between campaigning for a “yes” vote and then promoting their preferred replacement candidates, but there doesn’t seem to be much enthusiasm for either. The various groups promoting a “yes” vote have raised just $16.5 million. Elder, who leads the field of GOP hopefuls with about 28 percent of voters saying they back him, has raised $13.9 million (some of which he has forwarded on to the campaign for a “yes” vote).

For several weeks in August, polls suggested the recall could be a squeaker, but more recent numbers show Newsom’s money advantage helping him turn the tide, with surveys showing a majority of voters now oppose the recall.

As I wrote a few weeks ago, it’s striking how few small donors—on either side—are participating in this election. With the increasing effectiveness of online fundraising in recent years, candidates in major elections have not just touted their small donor participation (traditionally a sign of grassroots energy) but have also relied on these contributors for millions of dollars in extra support. But back in August, there was little indication that small donors (those contributing less than $100) were showing any sort of grassroots enthusiasm for the effort to remove Newsom, or much enthusiasm to keep him. That hasn’t changed—the most recent contribution reports show just 2.5 percent of the money flowing into the fight for and against the recall (which does not include money raised by individual candidates like Elder) is coming from small donors.

Newsom’s anti-recall efforts have not seemed to capture the imagination of small donors—their contributions account for less than 3 percent of the “no” campaign’s fundraising haul. But since mid-August, when polls showed tight race, the effort to save Newsom’s job has certainly brought in a lot of cash. More than $21 million has arrived at Newsom’s doorstep from supportive donors since August 27—more than Elder has raised over the entire election.

Small-dollar donations make up a larger portion of Elder’s total campaign cash—roughly 16 percent. But that only translates to $2.3 million, a paltry amount in a state where campaigning is astronomically expensive.

Elder’s campaign has raised just $7.9 million from 32,880 California donors, and another $6 million from 18,638 donors outside of the Golden State. For all the big talk from conservatives, few on the right—in California or elsewhere—seem to be rushing to Elder’s rescue.