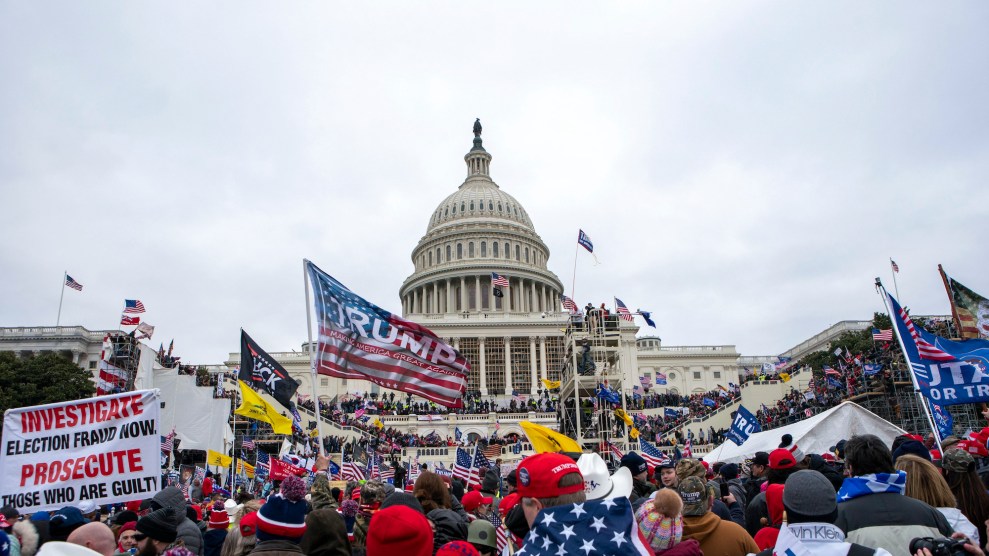 In the days following the January 6 insurrection, when supporters of former president Donald Trump stormed the US Capitol in hope of disrupting the certification of election results, the Washington establishment was reeling with just how far from the norm things had strayed.

Many in DC were shocked by how many GOP members of Congress had voted to object to the results even after order was restored. On K Street, some of the biggest corporate political action committees vowed they would not have anything to do with legislators who had supported attempts to halt the democratic process. Some companies and their PACs have held to that—but much of Washington is back to business as usual. Whether out of fear of appearing one-sided, or the need to impress GOP lawmakers who, despite their votes on January 6, still sit on powerful committees, many PACs have resumed donations to members of the so-called Sedition Caucus.

The 147 House members who voted not to certify election results have still managed to raise $3.8 million from corporate and trade group PACs.

In a new report, transparency watchdog Accountable.us reveals that the 147 House members who voted against certifying the 2020 results have still managed to raise $3.8 million from PACs linked to corporations or trade groups.

The report calls out 67 members, all Republicans, as the most “anti-democratic” because they all voted against certifying the 2020 election, against the formation of a bipartisan select committee to investigate the insurrection, and against the passage of the For the People Act—a bill introduced by Democrats this year which would greatly expand voting rights and overhaul campaign finance laws. According to the report, PACs for the 16 biggest companies in the Fortune 100 gave those members $501,000 during the first six months of 2021.

Defense contractors—who rely heavily on government contracts, and who have long been one of the most dominant lobbying powers in Washington—are key offenders. The analysis found that PACs for Lockheed Martin, Boeing, Northrup Grumman, and Raytheon, all of which had either publicly “paused” their  donations or pledged to not give to members who didn’t support democracy—gave $192,000 to the 67 “most anti-democratic” members. A PAC for General Dynamics, which makes submarines, fighter jets, and missiles, and which never put donations on hold, gave those members an additional $76,000.

Among the top five recipients are Reps. Steve Scalise, the House minority whip, and Kevin McCarthy, the minority leader.

Accountable.us also released a new search tool, using the latest Federal Election Commission filings, that lets people search Fortune 500 companies and major trade associations to see how much they’ve given to GOP lawmakers who voted against certification—147 in the House and eight in the Senate. The tool reveals who received donations from a given PAC and whether the group running that PAC ever pledged not to give to leaders who tried to subvert a fair election.

Despite their face-saving promises and pro-democracy platitudes, the reality is that PAC donations buy lobbyists access to lawmakers who control trillions of dollars in funding. The money doesn’t come directly from corporate coffers, but via individual donations—usually from company employees. The PACS also are controlled by lawyers and lobbyists who work for the corporation. As the new search tool reveals, it’s hard to change the habits of K Street and the corporate and trade association PACs that make Washington tick.

According to my search results, the top five PACs funding the sedition caucus includes three defense contractors (General Dynamics, Lockheed and Boeing), a credit union trade association, and a beef industry trade association. The top five recipients include Reps. Steve Scalise, the minority whip, and Kevin McCarthy, the minority leader), and three ranking members of committees that control some type of defense contracts or agricultural policy.

Correction: An earlier version of this article conflated donations made by trade union and trade association PACs. The headline and body have been corrected.