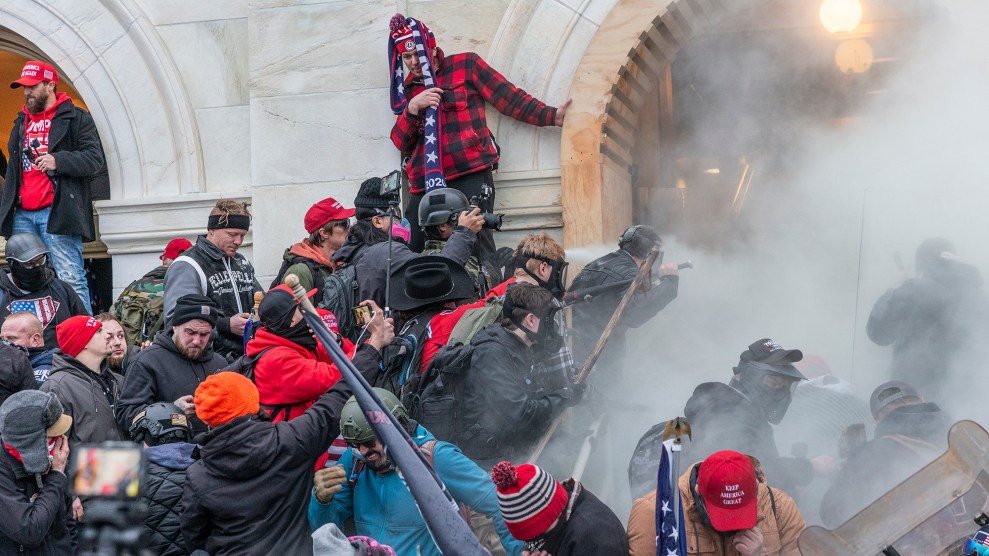 In the past, when elected officials in Washington wanted to avoid tackling an issue, a favorite tradition was to create a bipartisan commission to study it. You would convene some ex-senators—ideally veterans of previous bipartisan commissions, who no doubt had voted to create other such bipartisan commissions many times in the past—and they would spend several months or perhaps even years producing an impressively detailed report. This would generate some headlines and press releases, and then life would continue as it was. Often (though not always) they offered the illusion of work without the attendant consequences of doing any work. It was, and is, where “touchy issues,” as the Associated Press said, “go to die.” In that way, this system was desirable for two factions who are historically very well represented in the Capitol: People who do not want to do anything, and the people who want to say they’ve done something.

On Friday, Senate Republicans filibustered a proposal to create a panel to investigate the insurrection of January 6th, in which a pro-Trump mob attacked the Capitol and shut down the certification of the Electoral college, leaving five people dead and ending a 200-plus-year tradition of peaceful transfers of power. The bill to create the commission had already passed the House with 35 Republicans votes. It had already been revised substantially to accommodate the things Republicans had said they’d want, such as the ability to appoint their own members. It was already a substitute for more concrete actions. After January 6th, Kevin McCarthy and other Republicans, suggested that Congress put together a team to do “fact-finding” into the attack, rather than impeaching the man most evidently responsible.

But even something as historically toothless as a bipartisan commission still represented a threat to most of the Republican conference. It was vocally opposed by ex-President Donald Trump, who holds great sway, to put it lightly over the caucus. In an unusually candid moment, Sen. John Thune of South Dakota told CNN that he opposed investigating January 6th because it would hamper the party’s midterm messaging—the last thing Republicans wants is to remind voters what happened that day and why. And so Senate Minority Leader Mitch McConnell, like McCarthy before him, encouraged his members to vote against it. Seven Republicans, most of whom previously voted to remove Trump from office in February, did support moving forward with the bill; eleven Republicans (and two Democrats) didn’t even vote.

But there’s another way in which this vote captures the drift of the Senate in recent years. Technically, this was not a vote on whether to create a bipartisan January 6th commission at all—it was a vote on whether to debate a bill to create a bipartisan January 6th commission. The Senate, on paper, still does run on majority rule. The commission would only need 50 votes (plus Vice President Kamala Harris) for final passage. Friday’s roll-call suggests it would have cleared that threshold comfortably and in a bipartisan manner. But under the current Senate rules—which Democrats could simply change, if they wanted to!—the procedural motion to move forward with debate requires 60. So this kind of legislation doesn’t even officially get blocked anymore; talking about that legislation does.

Republicans filibustered a bipartisan proposal to create a bipartisan commission to investigate an attack on literally themselves. This says everything about the Republican party of today—the ends aren’t just anti-democratic, the means are too. That such a proposal—modest though it was—could meet such a fate also says a lot about the Democratic party of today too. In the run-up to the vote, West Virginia Democratic Sen. Joe Manchin expressed his growing frustrations with his Republican colleagues he viewed as placing partisanship over the health of the country (and his chamber), but he stressed that the solution was more patience. A minority of senators simply used the majority party’s rules against them. And that majority still doesn’t sound like it’s in any hurry to change them.