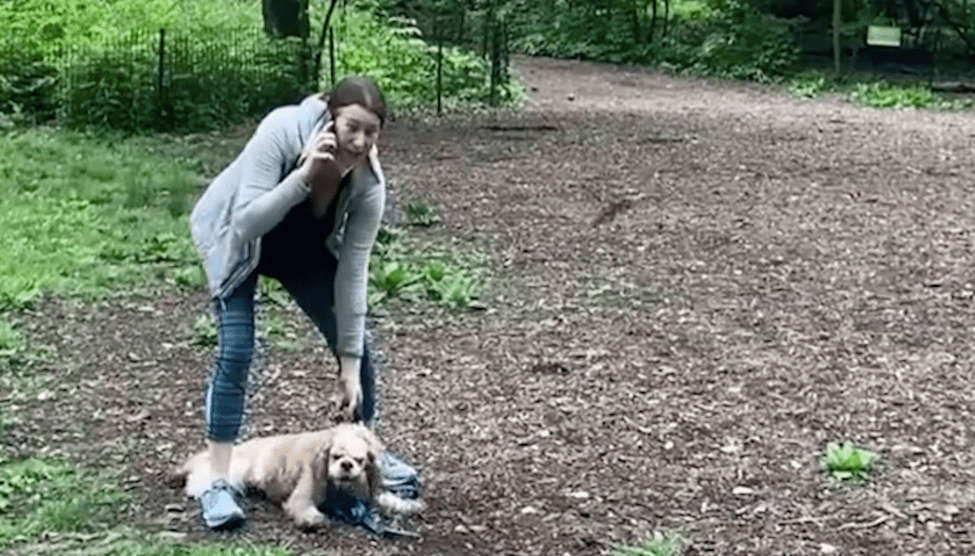 Amy Cooper could have just disappeared from public view. As the white woman who last year became the face of pervasive, everyday racism—Cooper called the police on a Black man after he asked her to leash her dog—she had an opportunity to let her apologies be the last time anyone had to hear from the woman who became reviled as “Central Park Karen.”

After all, a criminal charge for filing a false report had been dropped, and the fierce, near-universal condemnation Cooper initially attracted even invoked some sympathy from surprising corners, including from Christian Cooper, the Black man who had recorded their encounter. “I’m not excusing the racism,” Cooper told the New York Times after his video went viral, “but I don’t know if her life needed to be torn apart.” Yes, after her unwanted moment of fame, Amy Cooper had the rare chance to let a near best-case scenario—one afforded to her despite putting a Black man in a potentially life-threatening situation with the cops—become a teachable moment amid a wider racial reckoning.

But quietly slinking away clearly proved too much for this white woman. After nearly a year of silence, Cooper filed a lawsuit this week against her former employer, the investment firm Franklin Templeton, claiming that she had been wrongfully terminated and discriminated against because of her race and gender. “Franklin Templeton perpetuated and legitimized the story of ‘Karen’ vs. an innocent African American to its perceived advantage, with reckless disregard for the destruction of Plaintiff’s life in the process,” the complaint, filed in federal court on Tuesday, read.

The lawsuit also went on to derisively label Christian Cooper as an “overzealous birdwatcher engaged in Central Park’s feud between birdwatchers and dog owners,” who had targeted Amy Cooper, leaving her “alone in the park and frightened to death.” This about the man who declined to participate in her criminal investigation because he believed it would be “a mistake to focus on this one individual” and that charges ultimately distracted from larger, systemic racism in the United States.

For some, Cooper’s lawsuit feels unfathomable for its sheer audacity. But in fact, it’s far from shocking. Once you make it past the language of grievance and unmistakable victimhood laid bare in the complaint, the emerging snapshot isn’t actually all that different from Cooper’s pro forma contrition last year, in which she repeatedly insisted, despite everything we saw on the video, that she was “not a racist.”

“He was running in an open field,” Cooper told CNN last year, claiming that Christian Cooper had also been screaming at her. “This man, he was bird-watching. He came out of the bush.” She added, “When you’re alone in a wooded area, that’s absolutely terrifying, right?” The intended audience for that “right” was clear at the time; Cooper was directly appealing to white and privileged women who must be familiar with the menace she so desperately sought to portray in her media interviews. These women, just like Amy Cooper, could never, ever be motivated by racism.

So, it makes perfect sense that Cooper is now requesting a jury trial; the odds of white grievance quietly seething on that jury are greater than America likes to believe. When Cooper specifically warned Christian Cooper that she’d tell the police an “African American man was threatening her life,” Cooper knew exactly what she was doing. Now, one year after George Floyd’s murder and the racial reckoning that largely wasn’t, Cooper knows exactly what she’s doing once again: capitalizing on the backlash that invariably follows progress. And as one inevitable ingredient in that backlash, Amy Cooper is a privileged white woman who refuses to be held accountable.