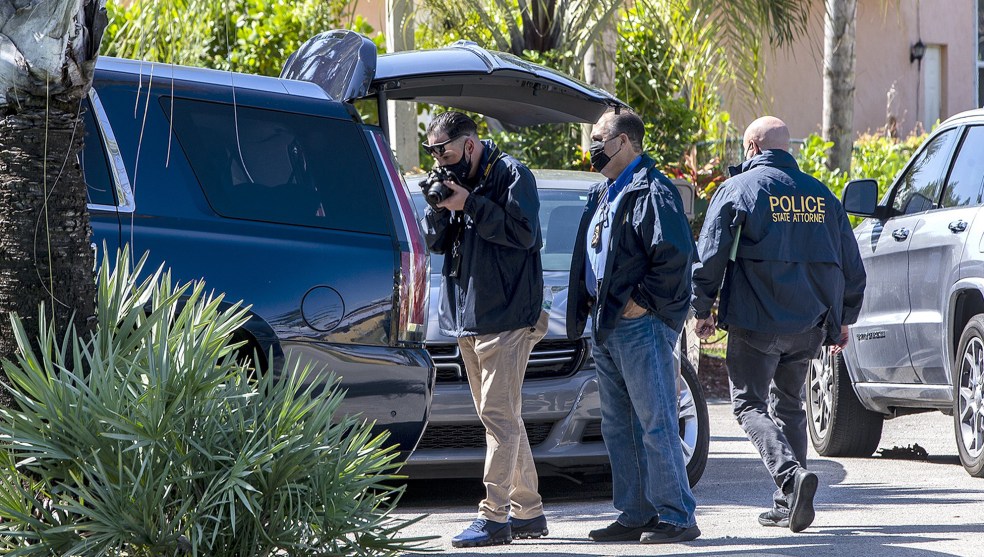 Miami police arrested former Republican state Sen. Frank Artiles on Thursday and charged him with orchestrating a plot to siphon votes from a sitting Democratic state senator by paying a man with a similar last name to run a fake campaign. The scheme seems to have worked: In November, the incumbent, José Javier Rodríguez, lost his seat by the incredibly thin margin of around 30 votes to his Republican challenger, Ileana Garcia. The man Artiles recruited to run as an independent—an auto parts dealer named Alex Rodriguez, who didn’t live in the district—picked up more than 6,000 votes. (In his concession speech, José Javier Rodríguez called for a full investigation into the race.)

According to an arrest affidavit, Artiles paid Rodriguez, who he’d known for more than 20 years, $50,000 to enter the race. Rodriguez didn’t campaign, respond to inquiries from the media, or do anything beyond filling out the required forms for his candidacy. In fact, doing nothing in exchange for the cash was part of the pitch Artiles made to Rodriguez, the affidavit alleges.

But someone did campaign for Rodriguez. On October 2, a Florida political committee, Our Florida PC PAC, was created. The following day, someone donated $370,000 to the PAC. It’s still unclear who made the contribution—initially, Our Florida listed an Atlanta-based LLC with no contact information as the donor, but in December, the PAC revised its paperwork to identify a different entity as the source of the money: Colorado-based Grow United, Inc. Days after the contribution was deposited, it was used to pay for mailers supporting Alex Rodriguez’s candidacy.

Investigators still don’t know who is behind Grow United—its listed address is a UPS store—but Alex Rodriguez was not the only mysterious candidate supported by the company. Grow United poured $180,000 into a different newly formed PAC called The Truth, which backed a woman named Jestine Iannotti in her state Senate campaign against another sitting Democrat. Like Alex Rodriguez, Iannotti ran as an independent. She also had no prior political experience and took no steps to campaign, other than filing the paperwork to run. She won 2 percent of the vote in November; the Republican challenger prevailed in the race by a 3 percent margin. Though Iannotti is white, mailers sent by the PAC—and paid for with Grow United’s donation—used a stock image of a Black woman. Among other anodyne statements, the mailers said Iannotti would help get “special interest money out of politics.”

Rodriguez was arrested along with Artiles, and both men are facing felony charges for illegal campaign donations and conspiracy. Rodriguez is cooperating with investigators, according to his attorney. (Iannotti has not been charged with any crime and it’s not clear if her candidacy is under investigation.) Artiles, who served in the Florida House of Representatives for six years before getting elected to the state Senate in 2016, previously made headlines in 2017 for a series of bizarre scandals. In one incident, he called two Black senate colleagues racial slurs while meeting with them at a bar. He later resigned his Senate seat after it was revealed that his campaign committee had hired a Hooters calendar girl and a Playboy model to work as consultants.