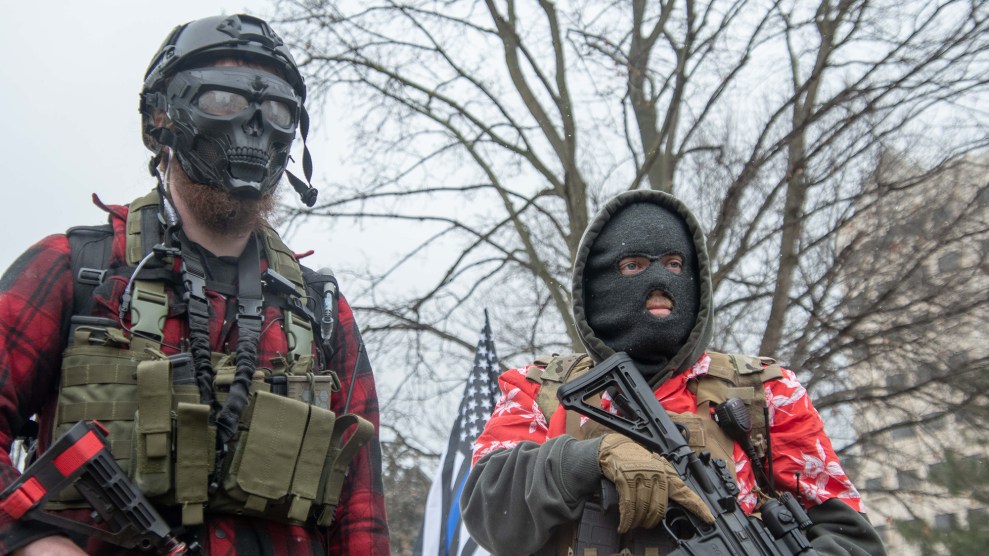 The rise in threats against public officials in Michigan has become so intense that new procedures and extra resources are being devoted to the problem, Michigan Attorney General Dana Nessel told a House committee Wednesday morning, and Michigan has the benefit of tough anti-terrorism laws when needed. But that’s not true everywhere.

“While Michigan has a robust array of laws to address domestic terrorism, many states and federal prosecutors do not,” noted Nessel, a Democrat. “To fully combat domestic terrorism laws across the country, changes to federal criminal laws must be made.”

The Homeland Security Committee’s Subcommittee on Intelligence and Counterterrorism held the hearing, in part, to discuss whether changes to federal domestic terrorism laws are needed. Chairwoman Rep. Elissa Slotkin (D-Mich.) said that although some participants in the US Capitol ransacking on January 6 may face serious charges, such as conspiracy or even sedition, “many of these domestic terrorism-related investigations will not progress as terrorism-related charges.”

“To date, DOJ has simply decided as a matter of policy and practice not to prioritize white nationalist crimes.”

Back in November, President Joe Biden’s advisors already were discussing whether new domestic terrorism laws might be needed, the Wall Street Journal has reported. There are existing laws that could be used to bring serious charges against participants in violent unrest. And critics of an overhaul fear any new federal laws could be misapplied. “If you just charge the existing agencies with breaking up domestic insurgent networks, at best they will shirk, delay, and drag their feet, and at worst they will completely ignore the fascists while turning any new tools against Black Lives Matter and other left-wing protesters,” national correspondent Ryan Cooper argued in The Week just days after the Capitol attack.

Hundreds of civil rights groups have echoed such concerns. “The failure to confront and hold accountable white nationalist violence is not a question of not having appropriate tools to employ, but a failure to use those on hand,” The Leadership Conference on Civil and Human Rights wrote in an open letter to Congress in January. “To date, DOJ has simply decided as a matter of policy and practice not to prioritize white nationalist crimes.”

Rep. August Pfluger (R-Texas), the subcommittee’s ranking member, seemed to concur on the dual-use question, as he brought up last summer’s targeting of federal buildings by protesters in some cities. First Amendment protections are key, he said, and while the laws passed after 9/11 have been beneficial, it is key, with any new law, to “consider the effects that may not be immediate but could be far-reaching in the future.”

Rep. Sheila Jackson Lee, (D-Texas) asked Nessel whether she’d seen any “mis-prosecution” of civil rights protesters, perhaps supporters of the Black Lives Matter movement, or the “disparate treatment of what would be militia with the intention to kidnap a governor versus those who are simply protesting.” Nessel replied that she had not—”at all.”

Whenever the topic arises, lawmakers see an outpouring of concern “from civil rights and civil liberties organizations, frankly, on both sides of the political spectrum,” noted Chairwoman Slotkin.

“It’s a very real concern,” Nevada Attorney General Aaron Ford told the subcommittee. Implicit and explicit bias in criminal justice must be considered, he said, and a big part of that conversation is addressing the perception that prosectors “penalize violent extremists from one race or ethnicity less harmfully and less frequently than those belonging to an immigrant or minority group.”

“We did not have the federal laws available,” to properly charge the alleged Michigan kidnapping plotters.

Nessel insisted that such concerns haven’t materialized in Michigan. “I’m not saying it’s not an important concern, I’m just saying in our state we already have all these laws—they’ve been on the books for decades, and we haven’t had that situation.”  The Michigan Anti-Terrorism Act, passed in 2002 in the wake of the Sept. 11 attacks, gave her power, she said, to bring tough state felony charges in October 2020 against the defendants accused of plotting to kidnap and murder Michigan Gov. Gretchen Whitmer. “Honestly, we did not have the federal laws available…to properly charge these individuals,” she said. “Had the plot been just to execute the governor, the federal authorities might not have had any charges at all had it not involved kidnapping.”

Rep. Jackson Lee said she knows firsthand how devastating terrorism is, but again urged her colleagues to consider how activists of color have been targeted disproportionately by federal authorities. “Terrorism is something that is stark, it’s devastating,” she said. “But at the same time we know what happened to the Black Panthers, the New Black Panthers, Black Lives Matter—and I think it’s very important to make that point today.”

“I desperately want to make sure that we are protecting peaceful protesters,” Nessel said. “I need the tools to be able to protect Black lives, and that is what is critical for me in the state of Michigan.”