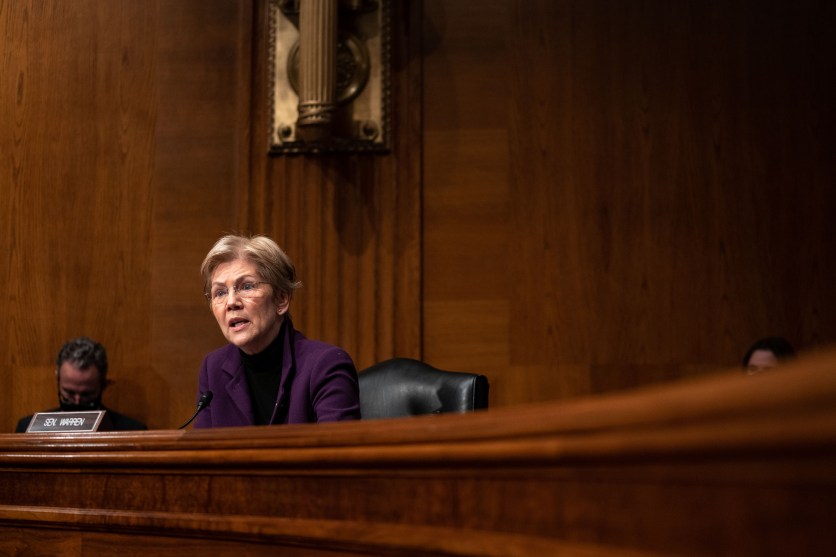 On Monday, Sen. Elizabeth Warren (D-Mass.), along with Reps. Pramila Jayapal (D-Wash.) and Brendan Boyle (D-Penn.), rolled out a new version of the ultrawealth tax plan she proposed during her 2020 presidential campaign.

This seemed inevitable, given that billionaires’ wealth has soared during the pandemic, and the Democrats now control Congress. The bill will also inevitably face fierce opposition, particularly from Republicans. But the way we levy taxes on individuals and families clearly isn’t working out so well for most Americans.

The personal income tax is reasonably progressive, but sales taxes are not—they hit the poor much harder than the rich. And because long-term investment gains are taxed at a much lower rate than wages, and only about half of Americans own any stocks, state and federal income taxes have been insufficient to curb the nation’s staggering—and growing—disparities in family wealth.

Besides inheritance taxes, the only wealth tax in place today is the property tax, which hits the middle class hardest. According to a 2017 analysis by economist Edward Wolff, this is because a primary residence represents the majority of a middle-class homeowner’s assets, whereas only about 7 percent of the wealth of 1 percenters is tied up in personal real estate.

So how might Warren’s tax game out? University of California-Berkeley economists Emmanuel Saez and Gabriel Zucman, whose work on inequality helped inspire Warren’s and Sen. Bernie Sanders’ wealth-tax proposals, have released detailed estimates of its likely effects.

Over a decade, billionaires would have to pay out about the same amount they gained over the past 11 months.

Warren’s proposal calls for a 2 percent tax on fortunes exceeding $50 million. So if you have $100 million in assets, you’d be taxed on half of that, and your bill would be $1 million. Her plan would impose an additional 1 percent tax on assets exceeding $1 billion. These taxes would take effect in 2023 based on an individual’s assets at the end of 2022.

The wealth tax would affect roughly 100,000 families (fewer than 1 in 1,000) in its first year, Saez and Zucman calculate, and would raise $252 billion in 2023, and $3 trillion over 10 years—$400 billion coming from the 1 percent billionaire surtax. If that surtax were increased to 4 percent to help cover Medicare for All, they write, the proposal would raise $3.9 trillion in 10 years. In which case, the billionaires’ total contributions over a decade would be roughly the same amount the 644 richest Americans have gained over the past 11 months.

Saez and Zucman’s revenue projections are based on an assumption that taxable wealth will grow at the same pace as the economy—a projected pace of 4 percent per year, with 2 percent inflation. They consider their projections conservative, “as the wealth of the rich has grown substantially faster than average in recent decades.”

Notably, from 1980 to 2016, as the average real wealth of all Americans grew 2.5 percent annually, the real wealth of the wealthiest 0.1 percent increased more than twice as fast, and that of the Forbes 400 grew at 7 percent—nearly triple the overall average rate. “Therefore, even with the wealth tax of 2% and 3% for billionaires, it is most likely that top wealth would continue to grow at least as fast as the average,” Saez and Zucman write.

In a Washington Post op-ed, former Treasury Secretary Larry Summers and economist Natasha Sarin argue that Saez’s and Zucman’s projections are wildly optimistic, because the IRS is stretched thin and the ultrawealthy will indubitably undermine any new wealth tax by means of avoidance and evasion tactics—just as they have done to great effect with inheritance taxes. Attempts at European wealth taxes have failed, too, they argue, due to tax mobility. And if an American billionaire feels overtaxed, he (most are men) can simply move elsewhere and assume a new citizenship where taxes are less burdensome.

The IRS workforce has been gutted since the mid-1990s, and audit rates on the most affluent have plummeted.

Tax avoidance (legal) and evasion (illegal) depend on loopholes and weak tax enforcement. And it is certainly true that enforcement has become weak. Republican lawmakers declared war on the IRS in the mid-1990s and have been gutting the agency’s budget and ability to enforce the law ever since. From 1990 to 2019, as the US population grew 31 percent, the IRS workforce shrank by 34 percent. Audit rates for taxpayers owing $5 million or more have plummeted—from more than 20 percent in 2010 to less than 0.05 percent today. The wealthy have gone unsupervised.

But Saez and Zucman address these concerns, as does Warren’s proposal. In addition to the taxes, her plan calls for a $100 billion IRS overhaul that would allow the agency to hire and train staff, modernize systems, value complex assets more effectively, and enhance reporting and enforcement requirements for those Americans subject to the “Ultra-Millionaire Tax.” The bill also would mandate a minimum 30 percent audit rate for people subject to the tax, and levy a 40 percent “exit tax” on anyone who renounces their US citizenship to evade such taxes. It would furthermore aim to strengthen information-exchange agreements created under the Foreign Account Tax Compliance Act, which requires foreign governments and institutions to share data on overseas accounts held by US citizens.

Despite these provisions, Saez and Zucman estimate that ultrawealthy households will still manage to reduce their tax liability by 15 percent via evasion and avoidance. After all, as Anand Giridharadas, author of the best-selling book Winners Take All, likes to say:  Plutocrats “gonna plute.”