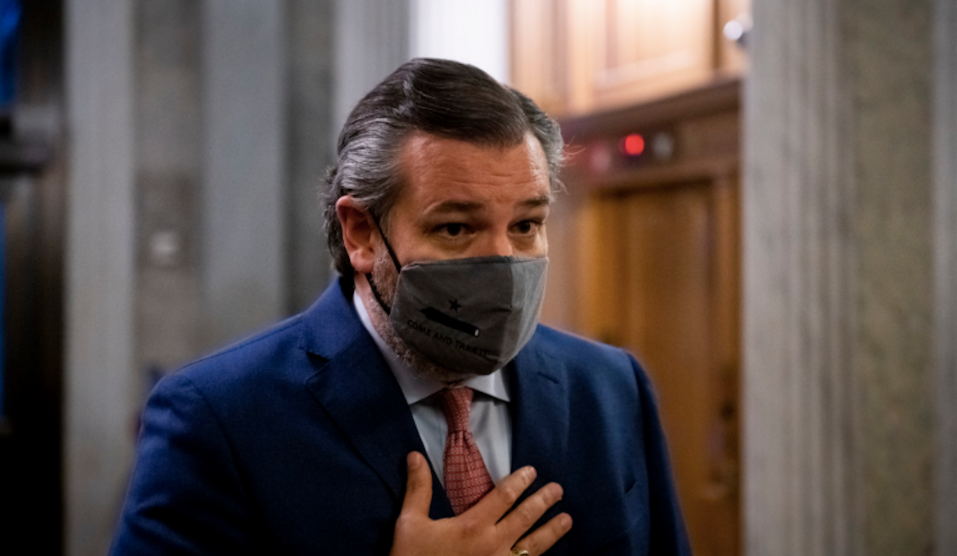 Update: In a statement that appeared to justify his travel amid twin crises—the ongoing pandemic and Texas’ devastating winter storms—as an effort to placate his daughters, Ted Cruz has finally confirmed his trip to Cancun. “With school canceled for the week, our girls asked us to take a trip with friends,” the Texas senator wrote. “Wanting to be a good dad, I flew down with them last night and am flying back this afternoon. My staff are in constant communication with state and local leaders to get to the bottom of what happened in Texas.”

As millions of Texans remain without power or safe water after catastrophic winter storms—a crisis that has left families in dangerous conditions with no immediate relief in sight—their junior senator was unlikely to be thinking much of freezing temperatures. After all, Ted Cruz was heading nearly a thousand miles south to sunny Cancun, Mexico.

Well Senator Cruz is flying to Cancun while millions of Texans do not have electricity #Priorities #ThanksforNothingSenator @ProjectLincoln @keithedwards @shannonrwatts pic.twitter.com/X1fRqOie6l

Just confirmed @SenTedCruz and his family flew to Cancun tonight for a few days at a resort they've visited before. Cruz seems to believe there isn't much for him to do in Texas for the millions of fellow Texans who remain without electricity/water and are literally freezing. pic.twitter.com/6nPiVWtdxe

The images have been circulating for nearly ten hours and appear to show the Texas senator and his family on a plane and at Houston’s airport Wednesday. Like everyone else, Mother Jones has reached out to his staff for comment on Cruz’s whereabouts. But so far, the senator’s office remains curiously silent, even as the photos spark outrage in a state already reeling from the storm and from accusations of a lack of leadership by its Republican leaders, from Gov. Greg Abbott to local mayors like Colorado City’s Tim Boyd, who resigned this week after telling residents desperate for help to essentially quit complaining.

“No one owes you your family anything,” Boyd wrote in a now-deleted Facebook post. Meanwhile, Abbott and a slew of others have been furiously—and falsely—blaming wind turbines and the Green New Deal for the crippling power outages. Wind power only accounts for a small percentage of the state’s energy sources.

Even though Cruz’s travel has yet to be confirmed by his office, some have already leaped to his defense. “The fact that people think Ted Cruz, a United States senator, can do anything about a state’s power grid, even his own, is rather demonstrative of the ignorance of so many people who cover politics,” said conservative commentator Erick Erickson. Of course, there’s plenty that Cruz, as a US senator, could do to bring relief to his state during this unprecedented crisis; just look at what Beto O’Rourke has done over the past few days for a quick rundown of the many, many things Cruz himself could be doing. Instead, abandoning constituents as food becomes increasingly scarce, hospitals run out of water, and millions remain in the dark clearly won the day for Cruz.

In any event, it looks like Cruz, whose legal first name is Rafael, is already on his way back. Hope the 10 hours in the middle of a pandemic were worth it!

Here’s the upgrade list for this afternoon’s flight from Cancun to Houston.

That’s assuming that “cru, r” is him. And I do. pic.twitter.com/CqfKa5rJfG