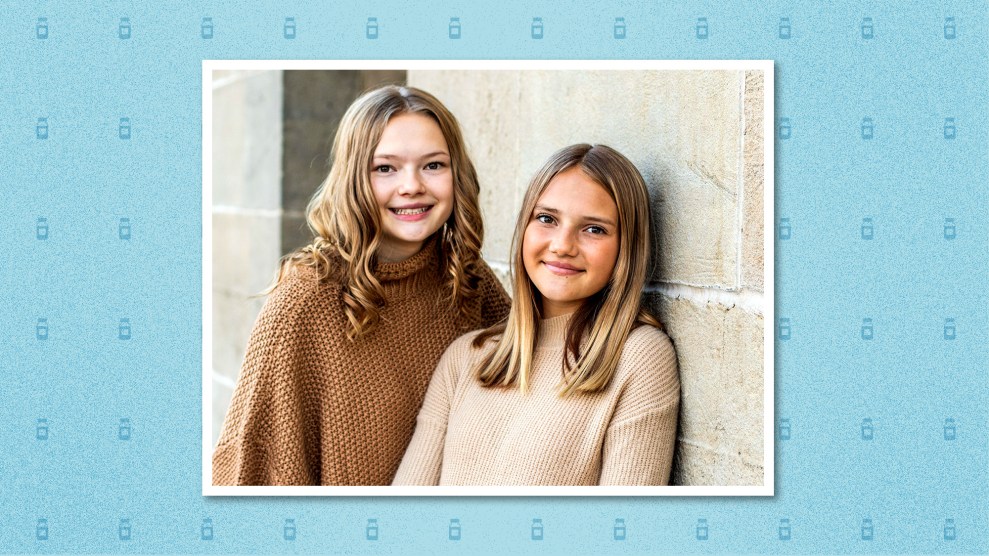 On Monday, the United States hit an astonishing milestone: More people in the country have now received a shot of the COVID-19 vaccine than have tested positive for the coronavirus. We’re currently vaccinating at a rate of more than a million doses per day, but as the rollout continues there’s a major segment of the population that isn’t yet eligible for the vaccine: children. As of now, only people 16 and up are able to get immunized, leaving about one out of five Americans potentially unprotected from the coronavirus.

While children seem to be less likely to be seriously sickened by the coronavirus, they aren’t immune: Since the start of the pandemic, more than 2 million children have contracted SARS-CoV-2, and more than 250 have died of COVID-19. On top of that, nearly 1,700 have developed a respiratory illness called Multisystem Inflammatory Syndrome in Children, or MIS-C, after getting the virus or being exposed to it. Doctors are still working to understand why some kids develop this syndrome while others don’t, and what the long-term health impacts may be. The children affected by the coronavirus are disproportionately children of color.

Due to COVID’s impact on children, pediatricians argue, it is necessary to conduct clinical trials for the vaccine in younger age groups as soon as possible. So far, Moderna and Pfizer/BioNTech have expanded their clinical trials to include adolescents ages 12-17. (Pfizer’s adult vaccine is approved for people 16 and up, Moderna’s is available for people 18 and up.) Pfizer said late last month its trial is fully enrolled, but for Moderna, recruitment has been slower than anticipated, USA Today reports. AstraZeneca and Johnson & Johnson also plan to test their vaccine in teens in the coming months. Gathering data on children below 12, who may require lower dosing, will take much longer.

In late January, I spoke to two Boise, Idaho, sisters, Evan Dahlquist Egbert, 14, and Lulu Dahlquist Egbert, 12, who are enrolled in the Moderna vaccine trial, two of 3,000 kids the company is aiming to recruit. Their mother, Megan Egbert, a librarian, told me she heard about the study from her doctor, who had enrolled her own 12-year-old in a clinical trial.

Lulu and Evan were excited to participate since it meant they were helping advance science and to get their lives (and the lives of teenagers everywhere) “back to normal.” And, naturally, they appreciated getting paid for their time—$1,600 over the course of the study, Megan tells me. (Adults are paid a similar amount for participation in the trial.) Both sisters received shots on January 22, but the study is blinded; they don’t know if they were assigned the vaccine or a placebo.

Evan, Lulu, and Megan explained their motivations for enrolling, how the girls’ friends and teachers reacted after they appeared on a local news segment about the trial, and whether they’d stay in the study after the vaccine becomes available.

Mother Jones: Evan and Lulu, what was your first thought when your mom told you about the trial?

Evan: Right away, I knew that I wanted to do it. I think I just wanted the vaccine. I just wanted it to go back to normal, quicker. I had some doubts for a little bit, just because of all the possible side effects and all the appointments, but I thought that it was a good idea.

Megan, to Lulu: What about you? Do you remember anything when I first asked? You can be honest.

Lulu: There was money involved. [laughs] [participants are eligible for up to $1,600 in payment for their time] Also, being stuck in the house for so long was just getting exhausting. This is gonna help girls and boys our age get the vaccine quicker.

Any other reasons you wanted to sign up for the trial?

Megan: They’re both pretty interested in medical stuff. They watch a lot—too much—Grey’s Anatomy. [laughs] So I think that the science aspect of it was very interesting to them. For example, [they wondered] why some people would not get the vaccine, so we talked about how placebos work.

MJ: What was it like to get the shot?

Evan: It didn’t hurt at all for me. I didn’t even feel the needle go in. It didn’t start hurting until the night after, and then it got really sore. And I got a lot of the symptoms listed, like fatigue and headache. I just wanted to go to bed.

Lulu: We had to get a coronavirus test, a blood draw, and the vaccine. And none of them really hurt. I decided to watch the coronavirus vaccine. The needle wasn’t big at all. I wouldn’t have realized they put it in if I wasn’t watching it. I expected it to be worse than a flu shot, but it wasn’t.

Evan: Lulu ended up not getting any symptoms, either.

Megan: Yeah, they told us to try not to speculate [about the symptoms] because they’ve seen everything—some people who got a placebo could have sworn that they had a reaction. And some people who thought for sure they got a placebo actually had the vaccine. People just react to it so differently.

MJ: Have you done anything differently in your day-to-day life since getting the shot?

Lulu: And we don’t even know if the vaccine works on kids, which is why we’re testing this. So if we go out not knowing if the vaccine is even going to work, then that’s no good.

Lulu: I think I’d get the vaccine.

Evan: Me too. Because the placebo is not doing anything for us. So if there was a vaccine, I think I’d go and get it.

Megan: I think I would heavily encourage that as well. As much as I love the science, and I understand that they need a placebo group to continue to be able to further evaluate it, if something became available, I would definitely want them to be able to get vaccinated.

MJ: Evan, you mentioned one of the reasons you enrolled was because you wanted things to go back to normal. What has your life looked like during the pandemic? What’s been different for you?

Evan: One of the main things is sports. That’s my favorite thing to do when I have time. But with the pandemic, it’s obviously changed it a lot. I’m in volleyball right now. But when we play, we do have to wear masks. So it’s definitely a lot different. And I am glad that we get to play but it’s a lot harder. And we can’t have as many tournaments as we used to.

Lulu: We had so many trips canceled, and we’re not allowed to hang out with friends inside. And we can’t go to public indoor places. And when I played tennis, in the pandemic, for my school team, instead of 20 kids there was only nine kids on the team, and we always had to wear masks. It’s very hard to wear masks while playing sports.

MJ: Do you have family or friends that have gotten COVID?

Megan: Yes, we’ve had several—my sister and my nephews, [Evan and Lulu’s] cousins, got it very early here, in March of last year. That was certainly scary. And then my uncle passed away recently, from COVID. And the girl’s grandparents had it. There’s been a lot of people we know here.

MJ: Knowing people who got sick, was that a motivating factor for your interest in the trial?

Evan: That was a factor, but also wanting to not spread it to people. With volleyball, there is a lot of exposure. Even with the masks, it’s the same ball. So I just wanted to make sure that I wasn’t a part of someone getting sick. I didn’t want to be the reason that someone lost a family member or someone had to experience going through COVID.

Lulu: Yeah. And even though babies don’t have bad reactions [to the coronavirus], for some reason, what’s always scared me the most is getting our [two-and-a-half-year-old] baby brother sick.

Megan: My motivation has always been my parents. We live just a few blocks away from my parents who are 74 and both have underlying conditions. We’re used to seeing them almost every day. We haven’t even been in their house or hugged them in almost a year. So for me, any extra protection that we can give them is what has motivated me.

MJ: You’ve talked to local media about joining the trial. What has the response to it been like—positive or negative—from community members?

Lulu: Oh, yeah. All the kids were watching it at lunch and like five of my teachers called me famous. [laughs]

Evan: And one of my teachers made me give him an autograph. He took a screenshot off the news and then made me sign it.

MJ: Was there any negative feedback on social media?

Megan: I thought there might be a little bit of that just because of where we live. But I was certainly surprised [by the negative reaction]. It was just a local news story, and last I looked it had almost 1,000 comments on it on Facebook. I had to stop looking. [To Evan and Lulu:] The comments were not about you guys, about vaccines in general.

Lulu: [whispers] I’m not really worried about what they think about me.

Megan: Yeah, the people that matter were pretty excited about it.

MJ: If you were to tell another teenager about the vaccine trial, what would you want them to know?

Evan: I would tell them that nothing has affected my everyday routine. The day that I got the vaccine, I got it early in the morning and didn’t get symptoms until I was about to go to bed that night. So I slept them off. And in the morning, I was perfectly fine. And I haven’t experienced any other side effects.

Lulu: It definitely sounds scarier than is. But honestly, none of it is that bad. And it wouldn’t be the only thing, but I’d definitely tell them about the money. Because all teenagers want money. And it’s kind of fun just to go to the hospital.

The conversation has been lightly edited and condensed for clarity.