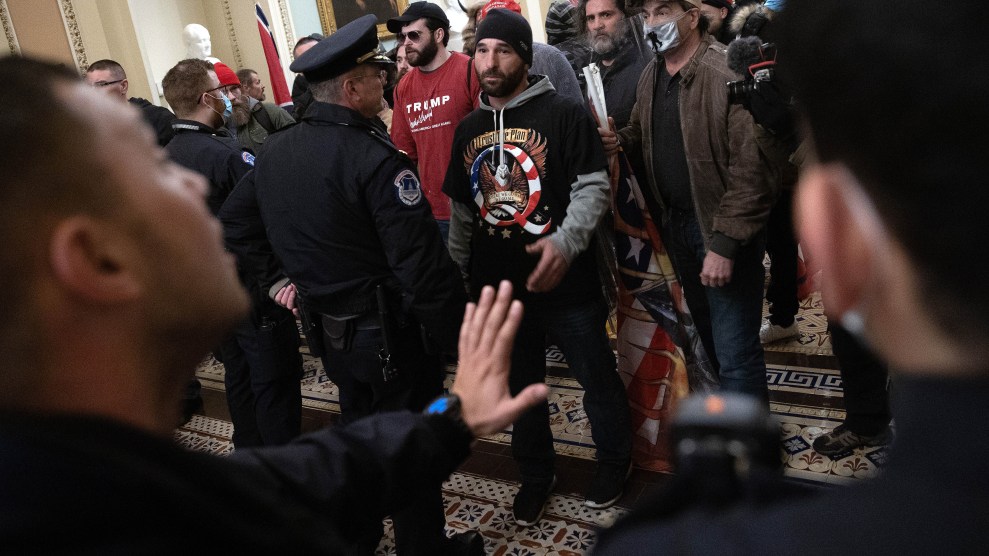 In the days ahead of the January 6 Capitol riot, there were warnings, but no guarantee that the day would turn violent. But users of TheDonald.win, a major online pro-Trump forum, were preparing for a fight, posting maps of the Capitol and swapping messages about being ready to die.

In the wake of the carnage, law enforcement identified TheDonald.win as a key planning platform for the insurrectionists. And on Inauguration Day, the forum established a new domain, rebranding as Patriots.win. Alongside that transition, thousands of posts from lead up to the riot have disappeared from the site as though they were never there.

“Destroying evidence after you’ve committed a crime might itself be a crime.”

Jared Holt, a research fellow at the Atlantic Council’s Digital Forensic Research Lab who regularly monitors the forum, noticed the change when he recently went to reexamine now-missing messages. The posters’ deleted content included maps of the Capitol, manifestos about their intentions upon arriving, discussion about flouting D.C.’s strict gun laws, and praise of extremist groups like the Proud Boys.

Mother Jones‘s analysis of the site’s existing archives, conducted by cross-referencing what remains with other records, suggests the forum’s administrators removed all posts made between December 19 and January 6. Posts from before and after remain accessible. While the site has not publicly explained the gap, Holt thinks they may have been attempting to protect themselves or their users from legal repercussions. “I think there is a very fair question here whether moderators of The Donald destroyed evidence that would aid law enforcement investigation,” Holt says.

Bennett Gershman, a criminal and constitutional law professor at the Pace University School of Law says the removals could bring additional legal troubles. “Destroying evidence after you’ve committed a crime might itself be a crime. We’re talking about potentially tampering with evidence,” he says. “By removing these communications you’re evidencing a consciousness of guilt. Removing evidence that would incriminate you could be inferred that you engaged in criminal activity.”

To Gershman, the maps of the Capitol, combined with people actually having breached the Capitol, “could be explosive evidence that shows a high degree of planning…It’s like having a blueprint of the bank before a bank robbery.”

While law enforcement could already have copies of these posts, or TheDonald.win’s operators may have backups they could provide as part of an investigatory or judicial process, Gershman cautions that might not make a substantial difference if a prosecutor pursued obstruction of justice or evidence tampering charges against the forum’s administrators.

“If they have private backups, I don’t know if that would help them from charges of removing evidence…The fact that they closed this road shows their intention,” he says. “Why did they remove those posts? There could be lots of inferences. From my experience as a trial lawyer, I’ll let the jury figure out what to infer.”