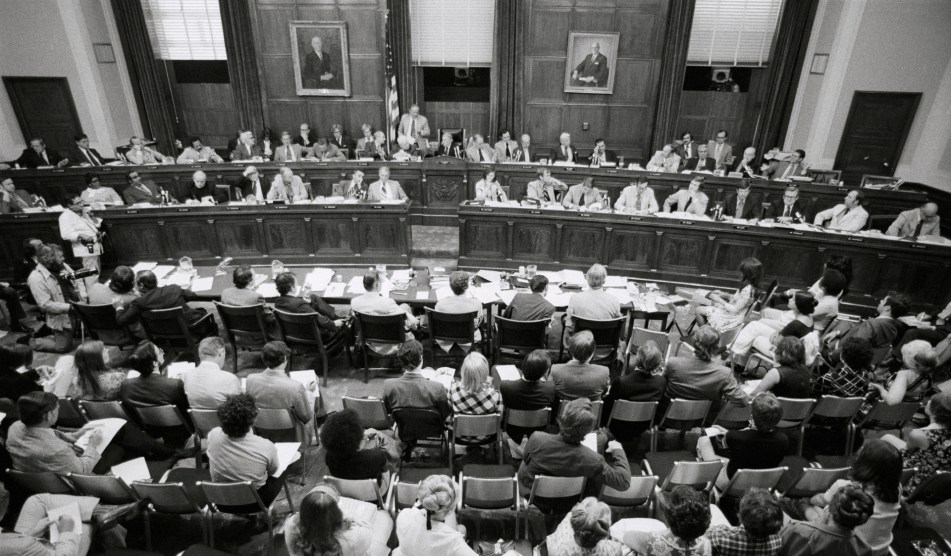 Shortly after the maybe-coup there was a pause on the Hill, a question of whether lawmakers should really try to impeach President Donald Trump—even though his bellicose rally led to the ransacking of the Capitol, with police officers injured and killed.

This mystified me. Why wait? Why try for the 25th Amendment first? Why ask whether impeachment is politically viable? People died. What is there, really, to think about? In the end, Congress moved forward, with speed. But that slight hitch, that subtle pause, has remained on my mind. It brought me back to a book I read during the Democrats’ first attempt to get rid of Trump: Charles L. Black’s Impeachment: A Handbook.

Black’s book is, for those who study impeachment, a sacred text on the booting of a president. Written in Nixonian times, reissued for Clinton’s impeachment, and again in 2018, the Handbook was called by Lawfare the “authoritative guide” and “most important book ever written on presidential impeachment.” The New York Times used the Handbook in its “word by word” explainer on impeachment last winter. Phillip Bobbitt, who wrote the foreword for the 2018 edition, ordained it a “kind of bible.”

But the lessons drawn from the book are often winnowed down to its very first argument: Proceed with caution. Impeachment is a tool to be used sparingly. The Handbook is chiefly a book about trepidation, the “dreadfulness” of removing a president, and the proper process for doing so—it should be above the political fray.

Last winter, when Trump was impeached over the Ukraine scandal, the Handbook was among the texts cited in the handwringing over the scope of the affair. Should the impeachment be a narrow process, limited to questions of foreign influence peddling? Or a broad reckoning that would include all of Trump’s misdeeds? At the time, Mother Jones senior reporter Tim Murphy compared Trump to President Andrew Johnson, noting that “no narrow indict­ment could capture the true nature of his offenses.”

The Handbook offered its own advice: Keep it narrow, and act lawyerly. Black relied on the “conscience” of senators, who he believed would rise above their base political leanings to serve the Republic’s pressing need for a fair trial. From the author’s perch, impeachment is not a political venture but a fundamental matter of law. Black disliked even the idea of public commentary on impeachment, mewling that “a snow of telegrams ought to play no part” in the proceedings. He assumed the nobility of Senators would usurp their political instincts, leading them to vote fairly. He addresses the sagacious elected official who “ought to realize the danger and try as far as possible to divest himself of all prejudice.”

That’s not exactly how things panned out. The Senate acquitted Trump last February, following a legalistic impeachment that focused solely on Ukraine—as if any Republican Trump devotee would “divest himself of all prejudice.” New Republic staff writer Alex Pareene raised this issue at the time. In a piece mentioning Black’s book, he asserted that the author’s idealism was now the stuff of fantasy. The book “is lucid and fair-minded,” Pareene wrote. “It also describes a world that no longer exists—one that seemed ironclad and permanent at the time, but turned out, under the pressures of a disingenuous right-wing legal ideology, to have been fleeting.” To feel the ephemeral nature of such ideals, look no further than when Black cited a president’s use of the tax code—instead of, say, foreign relations aid—to harm a political opponent, as a clearly impeachable offense: “Is it not obviously wrong, to any man of ordinary honor?”

For Trump’s second impeachment, everything was so clear, so “obviously wrong,” that it was practically stupefying. Inciting a riot is an impeachable offense, and Trump was duly impeached. “It’s just what Hamilton asked for,” Bobbitt, the scholar who helped reissue Black’s book, told the Huffington Post. The latest, 76-page impeachment document also gets closer than the previous one to capturing Trump’s gradual teardown of democracy as a high crime and misdemeanor in the aggregate. And yet Black’s world no longer exists even in this most obvious of cases. Yes, Sen. Mitch McConnell (privately, cowardly) endorsed impeachment, joining Rep. Liz Cheney of Wyoming, the third-ranking Republican in the House. But even now this “conscience” doesn’t really exist. Nearly 150 Republicans voted to decertify Joe Biden’s win even after the Capitol insurrection. And 197 voted no on the second impeachment resolution Wednesday. The case will proceed next to the Senate, where only perhaps three Republicans appear to favor conviction, and just one, Pat Toomey of Pennsylvania, has spoken bluntly about it.

So of what use of Black’s “bible” today? Sure, it is an interesting legal document. But, beyond that, I would argue that it offers a second path for Congress now and in the future. There is an important lesson tucked inside—one that was routinely ignored amid all the debate around Trump’s first impeachment. And this was perhaps Black’s most important lesson.

Simply put: Congress needn’t wait for impeachment to rein in a rogue president. In fact, it’s embarrassing that things ever got to this point.

The best course is to use other tools at the lawmakers’ disposal. “Congress is by no means in the position of having to sit idly by, counting up grievances, until time comes to call a council of elders and sharpen the impeachment spear,” Black wrote. Indeed, it “can exercise just about any control it wants on the operations of government including…the actions of the president.”

Congress is “top dog,” Black wrote. The “single thought” underlying his book is that impeachment should be “handled lawfully.” But his grander point is that the law allows Congress to act, dutifully, beyond impeachment. When a president does something beyond the pale, punish him! Punish him long before he incites a group of violent white nationalists; punish him merely for complimenting white nationalists. Make things impeachable that fall far short of a coup. And stop horrible people from ever joining the administration.

The impeachment process is sacred. But changing the laws to stop a runaway president is actually Congress’ job. And over the past four years, they failed miserably.

Forget the last-second flip-flops of Mitch McConnell and the rest of last week’s Republican enablers. They had a chance—so many chances—to follow Black’s lessons in full. Instead, they cherrypicked. They waited until the bitter end and hid behind legal nonsense. Accepting Black’s lessons in full requires more than a narrow, slam-dunk impeachment. It means raising our standards to ensure that far lesser things—those “misdemeanors”—are punishable, and not made, as they have been under Trump, de rigeur.