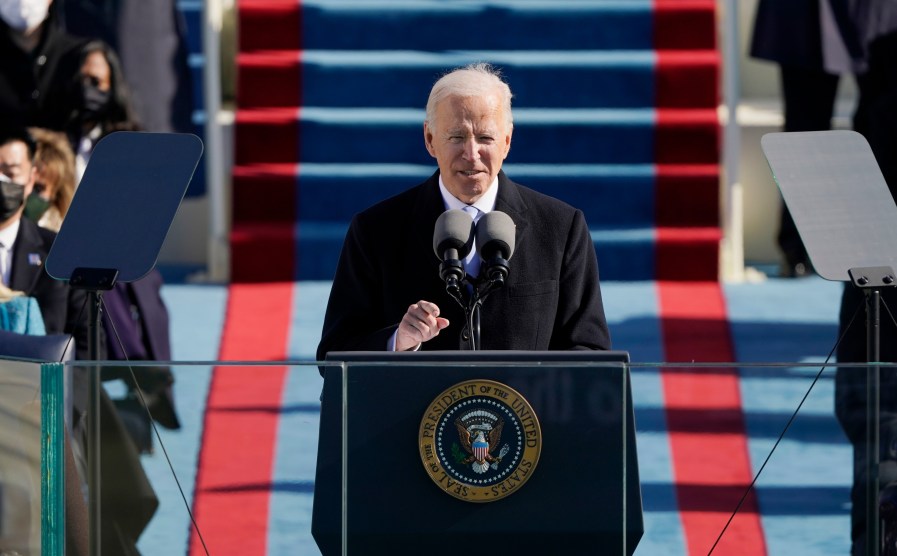 Revitalizing an economy battered by the pandemic will require reforms across government that ease families’ economic hardships and encourage consumer spending. Last week Biden announced an ambitious $1.9 trillion stimulus proposal that drew praise for its pointed attack on income inequality—one that could cut US child poverty almost in half.

The new president is poised to move swiftly to enact more changes aimed at providing relief to individual households and to the broader economy, just hours after his Capitol Hill inauguration. Here are a few of Biden’s promised first steps:

Extending the eviction moratorium: Biden is expected to take executive action before the end of Wednesday to direct the Centers for Disease Control and Prevention to extend its standing federal eviction moratorium until at least the end of March. He’ll also direct a number of other federal agencies to extend foreclosure moratoriums on federally-guaranteed mortgages.

The pandemic financial condition of up to 40 million renters leaves them at risk of eviction, according to the National Low Income Housing Coalition. So far, many have been able to stay put thanks to the CDC moratorium, which Congress last month extended through January. Biden’s extension will put off a reckoning for several more months.

Extending the student loan freeze: Biden is poised to sign an executive order on Wednesday directing the Education Department to extend forbearance on student loan payments and accrual of interest through the end of September 2021. The freeze had been set to expire at the end of January.

Further equity in federal support to communities of color: The president is expected to sign an executive order directing every agency to review their programs and policies and deliver an action plan to address any racial inequities uncovered within 200 days. The executive action also directs the Office of Management and Budget—which controls the administration of the Federal budget across executive agencies—to ensure that federal resources are equitably allocated to communities of color.

Replacing the head of the Consumer Financial Protection Bureau: Moments after Wednesday’s inauguration ceremony concluded, the current head of the CFPB—Kathleen Kraninger—tweeted a resignation letter explaining she was departing at the new administration’s behest.

During the Trump administration, the CFPB—a watchdog established after the 2008 financial crisis—took many steps to deregulate the financial institutions it supervises. The agency eased restrictions on payday lenders and debt collectors, issued paltry enforcement fines as low as $1, and stripped enforcement powers from the division charged with protecting minority borrowers from discriminatory lending.

With Kraninger out, the path is paved for Biden to install a new CFPB leader who will be more aggressive in holding financial institutions accountable. This week, his transition team announced that it would nominate Rohit Chorpa, an Elizabeth Warren ally who assisted her launch of the agency and later served as its student loan ombudsman, to take over.