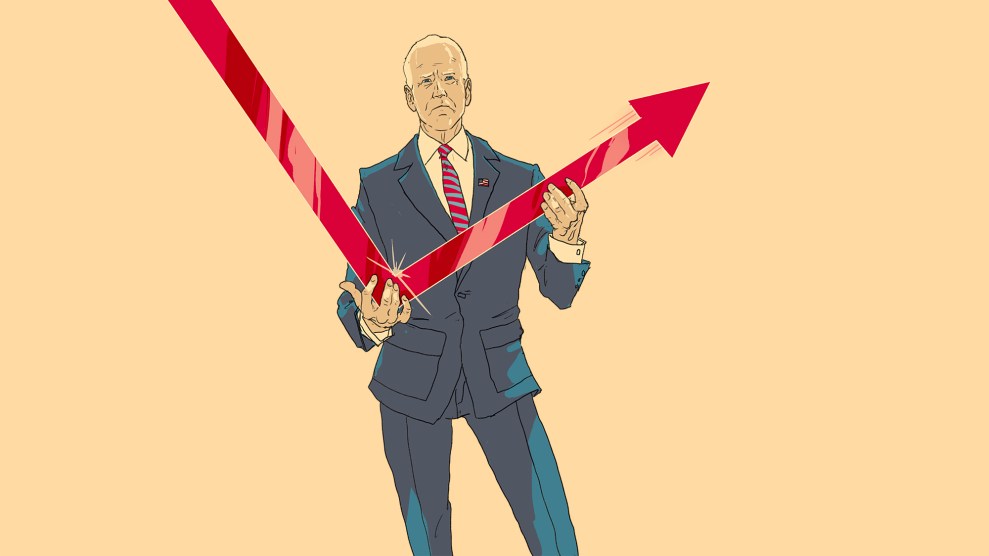 When Joe Biden is inaugurated in January, he’ll have twin crises on his hands: a coronavirus surge and the economic damage the pandemic has wrought, including business closures, high unemployment, and rising poverty.

Unless Democrats win both Georgia Senate runoffs in January, Biden will also be the first president in more than three decades to enter office without both houses of Congress under his party’s control. There’s little indication that congressional Republicans will cooperate with Biden on big economic relief initiatives: The two parties have spent seven months deadlocked over competing COVID relief proposals, and the GOP has even less incentive to boost the economy under a Democratic president. That means Biden will probably have to tackle what looks to be the worst economic crisis since the Great Depression without much help from Congress.

So what exactly can the Biden administration do to help the economy without the Senate? A fair amount, it turns out.

To be clear, there’s little that the Biden administration can do administratively that would have the same impact on the economy as a stimulus package, says Heidi Shierholz, senior economist at the Economic Policy Institute. But the administration can set in motion changes—on worker protections, student debt, the Federal Reserve’s lending to state and local governments, and more—that could “lead to a more equitable economy,” Shierholz says, boosting consumer spending  and hopefully giving the overall economy “a shot in the arm.” Here are a few of the options in Biden’s toolbox, according to economists:

Use the Federal Reserve

One of the main disagreements in negotiations between the GOP and Democrats has been how much aid to give to struggling state and local governments that lost billions in tax revenue during coronavirus-related lockdowns. In the absence of this direct aid, the Biden administration will have to find another way to help cash-crunched municipalities.

But as of mid-November, more than $498 billion of that $500 billion was sitting unused. Some economists say that’s because the Fed is being too picky about whom it is willing to lend to, and the loan terms it imposes on municipalities are too strict. For instance, the initial rules effectively excluded all but the 10 most populous cities and 15 most populous counties, thus cutting out most majority-Black cities as well as loads of smaller cities and towns. The Fed also capped these loans at three years. When it comes to relaxing these loan terms, the Fed’s hands are tied by the treasury secretary, who oversees the rules by which money can be doled out.

A Biden-appointed secretary could loosen the rules, making it easier to get the money where it needs to be. But there is a hiccup the administration would have to resolve first: In November, Treasury Secretary Steven Mnuchin asked the Fed to return all its unused coronavirus relief funds, rather than extending the emergency relief program, which is set to expire on December 31. The move was seen by Democrats as an effort to complicate the economic recovery ahead of Biden’s inauguration. But the terms of this funding are such that a Biden Treasury and the Fed can still restart the municipal lending program, explains Bharat Ramamurti, a member of the congressional commission tasked with overseeing administration of the CARES Act, by structuring any new lending as a modification of the investments Treasury has already made.

Then in January, the Biden administration can ask the Treasury and the Fed to restart their lending program, giving them the authority to lend out that remaining $498 billion—or even more. And Biden’s treasury secretary could then loosen the loan criteria to make it easier to get funds to municipalities.

On the campaign trail, Biden proposed forgiving $10,000 of federally backed student loans for all borrowers and canceling all undergraduate debt for anyone who attended public colleges or historically Black colleges and universities. Even before Biden won the election, Chuck Schumer, the Democratic Senate leader, and Sen. Elizabeth Warren (D-Mass.) called on the next president to forgive up to $50,000 of student debt. No matter the amount, Biden can likely use an executive order to make these changes, loosening the grip that this debt has on some 45 million people and goosing the economy in turn.

So far, the Occupational Safety and Health Administration has refused to issue a mandatory rule for employers to protect workers from COVID on the job. Failing to do so, says Shierholz, hurts the economy, not to mention posing a heightened risk to Black and Brown people who predominantly do front-line work. “The strength of the economy is tied to the ability to contain the virus,” she says.

OSHA has the authority to issue these mandatory standards in extreme situations. But under Trump, it hasn’t done so. Trump has also reduced OSHA’s staffing and budget and has left the office without an acting director throughout his entire presidency—a historical first.

That’s why the Biden administration should lean on OSHA to implement stricter rules for employers, says Shierholz. “Health and safety measures that also have meaningful enforcement behind them will help contain surges, and that is not a sufficient condition but a necessary one for real recovery in the labor market.”

In September, the Centers for Disease Control and Prevention issued a broad moratorium on evictions, asserting that kicking tenants out during a pandemic presented a public health risk. The move did not provide rent relief—any unpaid rent will still eventually be due. But resurrecting the eviction ban after it expires on December 31 would give renters more time to wait out a new wave of COVID infections and get on more stable financial footing as the labor market slowly recovers.

The latest bipartisan stimulus proposal circulating in Congress includes an extension of the moratorium until February 2021, as well as $25 billion in rental assistance to aid some tenants in covering their back rent.

During the Trump administration, the Consumer Financial Protection Bureau—the Wall Street watchdog agency established after the 2008 financial crisis—became a locus of financial deregulation, easing restrictions on predatory payday lenders and other debt collectors as well as weakening protections for borrowers of color.

But the bureau could swing in a different direction under Biden, thanks to a Supreme Court ruling last June that made it much easier for the president to fire the CFPB director. Biden can appoint leadership that steers the bureau toward the more rigorous consumer protection it was originally intended for: helping families avoid foreclosure, evictions, and loan delinquencies during the economic crisis, and monitoring debt collectors for abuse at a time when many Americans are going into debt or falling behind on payments to make ends meet.