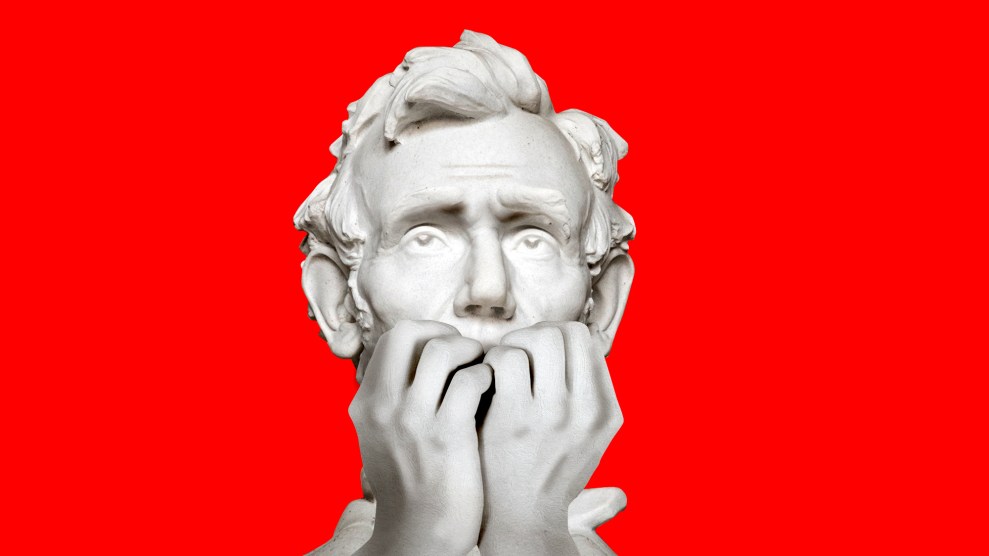 As Election Night 2020 turned into the Day After Election Night, the picture was clear: there would be no picture. After four years of Trump, the country remained too divided to clearly decide whether he should stay or go. It remained possible Donald Trump might be decisively booted from office. It remained possible he might retain power. But there would be no resolution in these wee hours, with much vote tallying still to be done in those damn key swing states.

The most important election of all time entered suspended animation.

In Pennsylvania, Philadelphia election officials slogged through an all night count. Throughout the state, there were about 2 million postal ballots—representing about 87 percent of those mailed in—still to be tabulated. That could take days. In Wisconsin, Milwaukee election officials said they wouldn’t be have complete results for hours. And in Michigan, the secretary of state warned not to expect solid numbers from her for another 24 hours or so.*

The most important election of all time was placed in suspended animation. And each side had reason to hope. Donald Trump had survived being knocked out in the early rounds by winning Florida and apparently faring well in Georgia (though there was a question about the Peach State). Fox News’ election desk said that Joe Biden had grabbed Arizona from Trump. If that held, the Democratic nominee could put together a victory by taking back Michigan and Wisconsin, along with a congressional district in Nebraska or Maine, where Electoral College votes are doled out by districts. That’s a path where he wouldn’t need Pennsylvania to prevail. But if Trump claims the same three states he most narrowly won in 2016—Michigan, Wisconsin, Pennsylvania—he would renew his White House lease.

The remaining possible scenarios appeared to favor Biden, who is already leading in tabulations of the popular vote. But since this is 2020, there is still room for multiple plot twists. And one could sense Trump campaign lawyers setting off for Pennsylvania like those flying monkeys in the Wizard of Oz to try to stop or limit the counting of mail-in ballots there. (Two-thirds of these ballots were from registered Democrats.) And in a late-night appearance at the White House, Trump declared that he had indeed won, that mail-in votes shouldn’t be counted, and that the election was being stolen from him.

This situation—no clear outcome on election night—was no shocker. The shift to mail-in ballots in many states, due to the pandemic, meant it was unlikely a winner could be declared within hours of polls closing. And though Trump had signaled he might try to claim victory in the midst of uncertainty, responsible folks realized the process would likely move forward and Americans would have to wait.

Meanwhile, the Democrats picked up some Senate seats, but not enough to gain control of the upper chamber of Congress. Beyond that, without discovering who will be the next president of the United States, what did we learn this evening? For one, that Donald Trump and his GOP enablers did not face a total repudiation. With Trump having run an incompetent response to a pandemic that has claimed the lives of over 230,000 Americans, close to half of the country are still on his side. On a day when 85,000 new cases of COVID-19 were reported and more than 1,000 deaths recorded, tens of millions of Americans signaled they are just fine with Trump’s mismanagement of this national crisis—and also fine with his racism, demagoguery, corruption, etc.

At the completion of all the counting—and possible litigating—Trump may be fired. But no matter the outcome, he still has a hold on a large swath of the citizenry, even as more Americans do yearn for relief from his presidency. If this election does yield a course correction, it won’t be a dramatic turnaround. Just as with the end of the pandemic, normalcy is not around the corner, no matter how and when the vote count concludes.