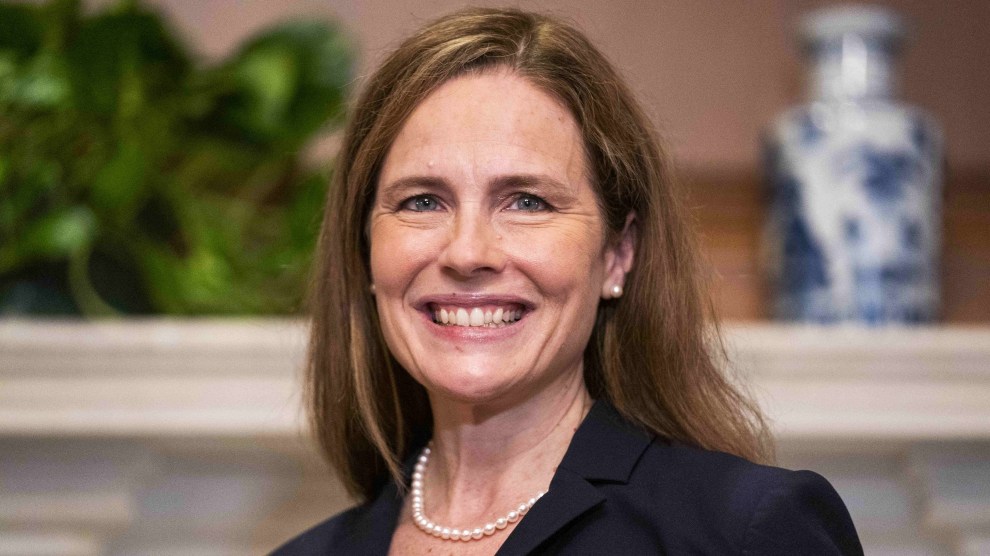 The Senate just voted to confirm Judge Amy Coney Barrett’s appointment to the Supreme Court, marking President Trump’s third addition to the court and locking in a 6–3 conservative majority that could derail Democratic legislation for decades to come.

The 52–48 vote followed a Democratic effort to delay Barrett’s confirmation through a filibuster. While Republican senators Lisa Murkowski of Alaska and Susan Collins of Maine voted with Democrats to maintain the filibuster Sunday, Collins was ultimately the only Republican to vote against confirming Barrett.

Senate Republicans’ push to rush Barrett’s confirmation eight days before the presidential election has garnered controversy, given their refusal to consider Barack Obama’s Supreme Court appointee Merrick Garland for 11 months in 2016 on the grounds that it was an election year. Polls show that most Americans would prefer the Supreme Court vacancy left by Justice Ruth Bader Ginsburg to be filled after the election. “My most fervent wish,” Ginsburg told her granddaughter days before her death, “is that I will not be replaced until a new president is installed.”

As my colleague Stephanie Mencimer reported, Barrett is the least-experienced Supreme Court nominee in 30 years, having never worked as a judge until President Trump nominated her to the 7th Circuit Court of Appeals in 2017. Stephanie writes:

A graduate of Notre Dame law school, Barrett has almost no experience practicing law whatsoever—a hole in her resume so glaring that during her 7th Circuit confirmation hearing in 2017, Democratic members of the Senate Judiciary Committee were dismayed that she couldn’t recall more than three cases she’d worked on during her brief two years in private practice. Nominees are asked to provide details on 10.

Barrett has never tried a case to verdict or argued an appeal in any court, nor has she ever performed any notable pro bono work, even during law school…In response to the Senate Judiciary Committee’s questions about her pro bono work, Barrett said she probably helped with such cases during her two years in private practice, but she couldn’t recall any details.

Barett’s inexperience isn’t just judicial—her privileged perspectives and upbringing have also kept her from understanding the hardships that afflict most people, Stephanie reports. “During the hearings, she seemed at times to strain to acknowledge that there are real human beings experiencing the consequences of her decisions,” she writes. “Her testimony inadvertently reinforced the fact that she’s spent her entire adult life in a conservative bubble, not a place known for its forgiving human spirit.”