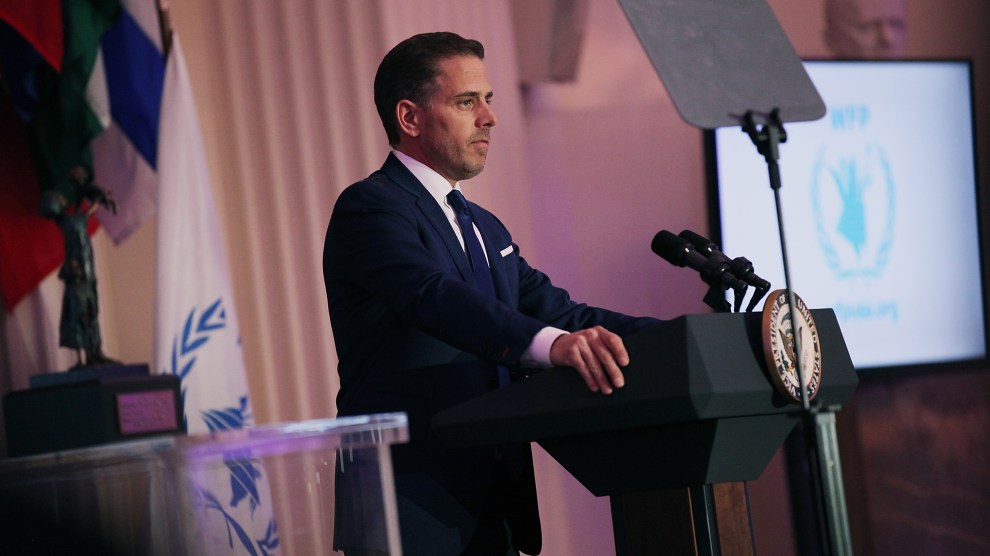 On Wednesday, Facebook spokesperson Andy Stone tweeted that the company would be “reducing [the] distribution” of a set of New York Post stories purporting to unearth new details about Hunter Biden’s work for a Ukrainian company.

There’s reason to doubt the effectiveness of Facebook’s actions.

The stories focused on Hunter Biden’s membership on the board of Burisma, a natural gas company, and suggest that his father, Joe Biden, worked in his time as vice president to get Viktor Shokin, a prosecutor who had targeted the firm, fired because of his son’s role.

There are a number of misleading framings, contorted contexts, and odd details that have caused most reporters to treat the New York Post stories with suspicion.

The reporting is based on unconfirmed details originating from files purportedly found on a laptop taken into a Delaware computer repair shop but never picked up. Thomas Rid, a political science professor who specializes in information technology amid conflicts, has suggested the laptop and its contents could be part of an intentional disinformation campaign. While it is possible that the laptop or the emails on it are real, the Post has not reported on where the laptop came from, nor has it verified other details contained in the emails it says were found on the computer’s hard drive.

The stories are framed in misleading ways. One has a headline claiming Joe Biden met with a Burisma executive, while the story merely quotes an email discussing an “opportunity” to meet. (Biden’s camp says no meeting took place.) The story misrepresents the relevant timeline of events and elides key details.

Hunter Biden introduced his father, then-Vice President Joe Biden, to a top executive at a Ukrainian energy firm less than a year before the elder Biden pressured government officials in Ukraine into firing a prosecutor who was investigating the company, according to emails obtained by The Post.

While Biden did push for Shokin to be fired, he did so in conjunction with independent international pressure—Shokin was seen as soft on corruption by the broader diplomatic community. And by the time that coalition won Shokin’s ouster, his investigation of Burisma had been dormant for years.

The notion that Biden sought the prosecutor’s firing to protect the company is contradicted by all available evidence but remains central to the narrative that prominent conservatives, including President Trump, have spun over the last several years about the Bidens’ supposed corruption in Ukraine. Perhaps no one working in media did more to sustain that story than John Solomon, who pushed it in a series of pieces written for The Hill; after an internal review, the publication concluded they “failed to identify important details.”

While Facebook didn’t specify exactly why it chose to take the unusual step of reducing the spread of the Post stories pending further verification by one of its fact-checking partners, its likely it was because of the stories’ shortcomings.

What’s odd about Facebook’s quick decision is that had a chance to do this before. After Solomon published his stories last year, Trump started buying ads in October of 2019 related to supposed Biden corruption in Ukraine, including flat out falsehoods about how “Joe Biden PROMISED Ukraine $1 BILLION DOLLARS if they fired the prosecutor investigating his son’s company.”

At the time a Facebook spokesperson said the ads did not violate their company’s advertising policy because politicians were exempt from its disinformation policy. It’s not clear what prompted Facebook’s quick action today, but, with Biden significantly up in the polls and only three weeks until the end of voting, it’s possible that Facebook is preparing for a Biden win after years of working to enable Trump’s misinformation efforts.

There’s also reason to doubt the effectiveness of Facebook’s actions on Wednesday. Despite their promise to reduce distribution of the stories, metrics from Crowdtangle, a social media analytics site owned by Facebook, show that the stories has been shared more than 100,000 times on the platform as of Wednesday afternoon, by accounts with over 47 million collective followers.