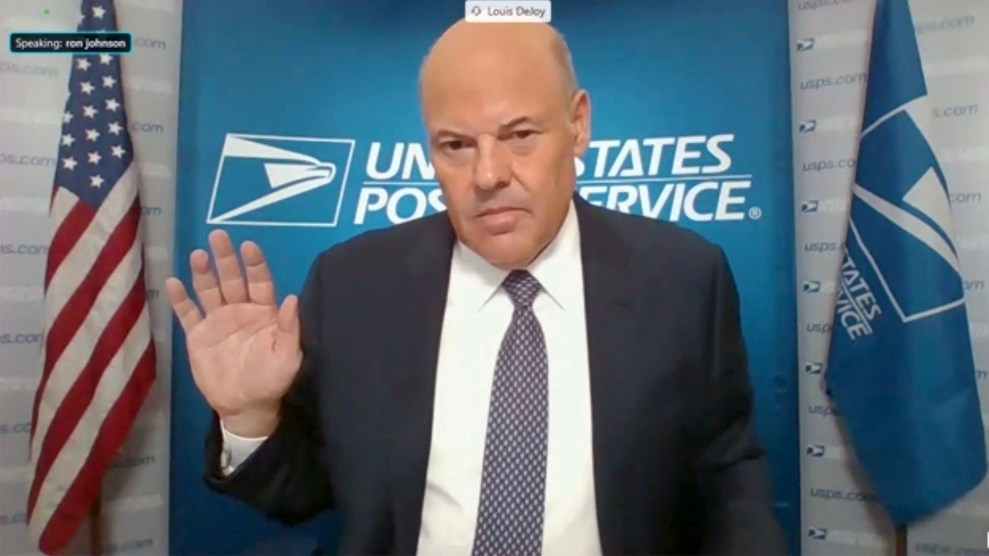 Postmaster General Louis DeJoy is sworn in for a virtual congressional hearing on US Postal Service operations during the COVID-19 pandemic on August 21. U.S. Senate Homeland Security and Governmental Affairs Committee via Getty Images

A federal judge blocked a series of actions implemented by Postmaster General Louis DeJoy that have led to widespread mail delays, calling them “an intentional effort on the part of the current Administration to disrupt and challenge the legitimacy of upcoming local, state, and federal elections.”

In a strongly worded opinion released Thursday, District Court Judge Stanley A. Bastian of Washington state issued a nationwide injunction prohibiting DeJoy from implementing changes ranging from cutting overtime to removing 671 mail sorting machines to forcing mail trucks to leave on time even if the mail is not ready .

“Although not necessarily apparent on the surface, at the heart of DeJoy’s and the Postal Service’s actions is voter disenfranchisement,” Bastian wrote. “This is evident in President Trump’s highly partisan words and tweets, the actual impact of the changes on primary elections that resulted in uncounted ballots, and recent attempts and lawsuits by the Republican National Committee and President Trump’s campaign to stop the States’ efforts to bypass the Postal Service by utilizing ballot drop boxes, as well as the timing of the changes.”

Trump has already admitted that he’s refusing to support $25 billion in funding for the USPS in an attempt to sabotage mail voting, while Bastian noted that “72% of the decommissioned high speed mail sorting machines that were decommissioned were located in counties where Hillary Clinton receive the most votes in 2016.”

It remains to be seen what impact the ruling will have. Amid public outcry, DeJoy agreed to suspend some of his changes until after the election, such as cutting overtime, reducing post office hours, and no longer treating election mail as first-class mail. Other reversals ordered by the court, such as reinstalling the removed sorting machines, could be difficult to achieve since many of the machines have already been taken apart. Meanwhile, mail delays persist in much of the country—election expert Daniel Smith of the University of Florida tweeted yesterday that mail in Gainesville is running three days behind schedule, according to a local mail driver.

But the scrutiny on DeJoy is playing out in the courts, which in recent days have issued significant rulings to combat mail delays. On Thursday, the Pennsylvania Supreme Court said that ballots postmarked by Election Day could be counted until three days after the election and the state could set up drop boxes where voters could return mail ballots. A day earlier, an Ohio court ruled that the secretary of state could not mandate that local boards of elections have only one drop box per county. Both opinions cited delays under DeJoy as a reason to expand access to the ballot.