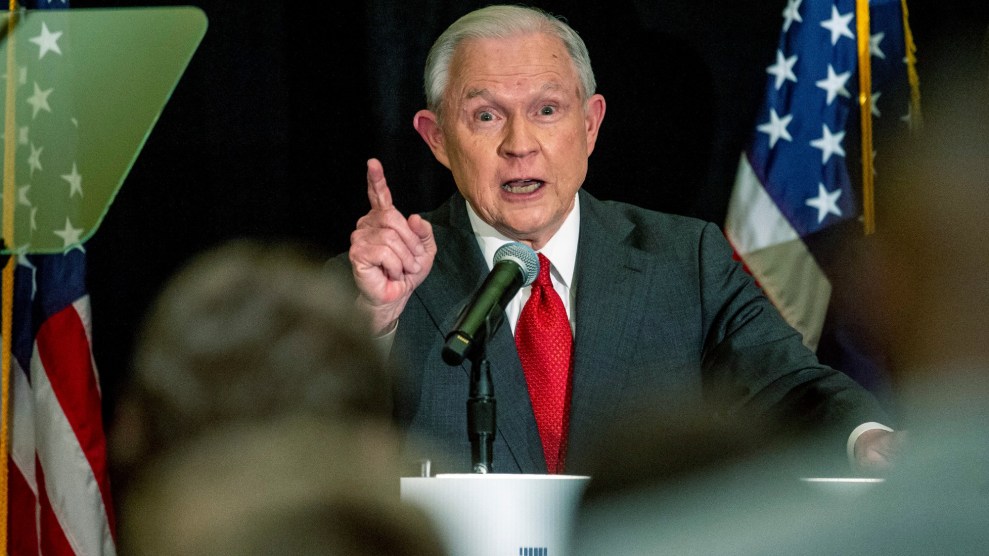 President Donald Trump has been bullying Jeff Sessions for more than three years. It started in March 2017, when Sessions, weeks into his tenure as attorney general, recused himself from involvement in an FBI investigation into Trump campaign contacts with Russia. This was a legal no-brainer. Sessions was key backer and adviser to the Trump campaign. He even had his own contacts which Russian officials and was under fire for apparently lying about them in testimony before the Senate Judiciary Committee.

But Trump, who has insisted with disturbing success that the Justice Department should promote his personal interests, was enraged. Trump argues that Sessions stepping aside allowed the May 2017 appointment of Special Counsel Robert Mueller, a development that led Trump to privately remark, “I’m fucked.” After Mueller launched his investigation, Trump publicly derided Sessions. The president also privately pushed for Sessions to reverse his recusal and restrict Mueller’s investigation. Mueller later said that effort may have constituted obstruction of justice.

Sessions, who was forced to resign in November 2016 and is now running to regain his former Senate seat in Alabama, has taken this punishment largely in silence. That changed Friday night, when Sessions responded to a tweet by Trump urging Alabama Republicans to back former Auburn football coach Tommy Tuberville over Sessions in a GOP primary. Following a July primary vote, the winner will be a favorite against Democratic incumbent Doug Jones in the conservative state.

.@realdonaldtrump Look, I know your anger, but recusal was required by law. I did my duty & you're damn fortunate I did. It protected the rule of law & resulted in your exoneration. Your personal feelings don't dictate who Alabama picks as their senator, the people of Alabama do. https://t.co/QQKHNAgmiE

Twelve hours later, Sessions was back at it:

.@realDonaldTrump: Mr. President, Alabama can and does trust me, as do conservatives across the country. Perhaps you’ve forgotten. They trusted me when I stepped out and put that trust on the line for you.

Sessions has previously avoided arguing publicly with Trump about his recusal. That is likely because he wanted Trump’s support, or at least to avoid being attacked by him. Sessions’ pushback came only after a poll that showed Tuberville has opened a 23-point lead over him. He may be speaking out in part because he’s all but dead in the primary.

But Sessions, despite headlines suggesting he is standing up to Trump, is still letting Trump bully him. Sessions tweeted that his recusal led to Trump’s “exoneration.” That’s false. Mueller did not exonerate Trump of anything, as the special counsel pointedly noted in his report and congressional testimony. In fact, Mueller suggested that Trump obstructed justice by pressuring Jeff Sessions. If Sessions ever really stands up to Trump, he would say that.