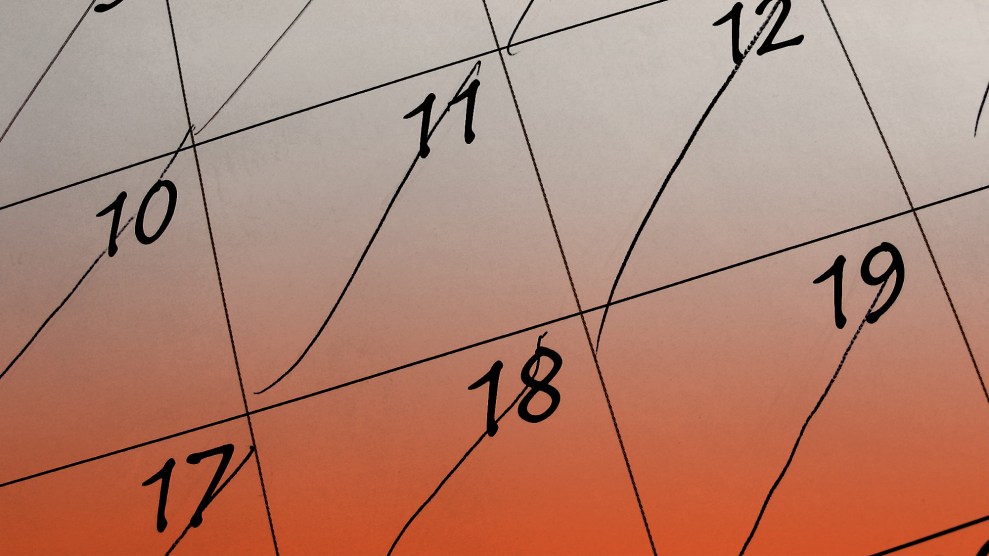 A few weeks ago, a friend reached out to me because she had discovered she was pregnant and she was not sure if she could afford—physically, emotionally, or financially—to have another child. As we spoke that afternoon, COVID-19 was beginning to spread and she was pretty sure she wanted an abortion. Fortunately, that seemed like a fairly straightforward task; we live in California, which is known as a haven state for abortion access. But what unfolded after our first conversation, the barriers presented by health insurance, work, misinformation, and, yes, the coronavirus, show that even in such a place, barriers to care exist. While, of course, it’s still harder to get an abortion in a state like Texas, which is using the pandemic as an opportunity to ban most abortion care, it’s still important to remember that the issue of access goes beyond draconian laws and the number of clinics in any given state. This is her story, in her own words, lightly edited for length and clarity.

What I had realized with my first kid was that it’s a disproportionate amount of work for the mother, even if you have a supportive husband.

I told you the day after I took the home pregnancy test. I was like, holy shit; I wasn’t expecting it. I was three weeks late, and something just felt off with me. I was fatigued, I had some mood swings, but I also had some cramps, so I kept thinking I was right about to get my period. When the cramps stopped and it still didn’t come, that’s when I took the test.

When I talked to my husband about it, I was very sure: I was like, I don’t think I can do this. I wasn’t expecting it, I’m not ready for this, it’s going to be so much work, there’s going to be so little support. What I had realized with my first kid was that it’s a disproportionate amount of work for the mother, even if you have a supportive husband. My parents live far away, so they can come and stay for some time, but then they have to go away. So there’s no, “Can you watch the kids so I can go on this work trip?” or “I’m up against a deadline and need to work late, can you step in?” It’s just me and my husband, who also has a demanding job.

My husband was supportive of my uncertainty, even though his personal desire was for me to have another kid. My first pregnancy was really hard and painful, and I think he understood why I didn’t want to go through that again. I had a terrible accident that messed up my back, so during my pregnancy, I was going to a chiropractor twice a week and I was scared of hitting my insurance limits. I was not in good physical shape during my pregnancy because of my back injury, and it made the whole process scarier. It was a painful nine months, and I was in labor for 48 hours, with four hours of active pushing. I didn’t know if I wanted to go through that again. At the end of the day, it’s on me: I have to do the physical labor of nourishing and growing the baby inside me, pushing it out, and breastfeeding it after. There’s no way my husband can step in for any of that, and I think that’s what got through to him.

I went to see my primary care physician immediately and got the official pregnancy test done. Then I called Planned Parenthood. It was all very efficient—they were able to get me an appointment for two days out. Then I discovered Planned Parenthood was out-of-network for my insurance, and a medication abortion would have cost me $2,000, so I canceled. I think at that time I was probably six weeks.

I think if I had been able to get the medication abortion at Planned Parenthood, I would have done it. The hospital treated it more like surgery, and it freaked me out.

The next week, I went to an appointment at a big local hospital with an OB-GYN who was in-network. By that time, I was closer to seven-and-a-half weeks, which she said was their cutoff for a medication abortion there, so it would have to be surgical. [Editor’s note: The Planned Parenthood clinic offered medication abortion up to 10 weeks after the start of the last menstrual period; generally, this is the standard at most women’s health clinics.] I had to travel soon for work and I didn’t want to risk not being at my best for the trip, so I decided to do it afterward. But when I came home, I discovered that someone at the conference had been diagnosed with the coronavirus, so I had to be quarantined for two weeks. When I mentioned that at my next appointment, the doctor literally left the room and came back in full protective gear. They called the health department, and I was sent home.

By the time I had another appointment scheduled for the abortion, I would have been nearly 11 weeks along. The doctor told me I had to make a decision because they weren’t sure if they would even be able to offer it in the coming days. What if it became an elective procedure because of the virus?

I wound up backing out of the procedure; it was later in the pregnancy than I was comfortable with, and I was getting attached to what was happening inside me.

I think if I had been able to get the medication abortion at Planned Parenthood, I would have done it. It was fast, they had appointments available, they didn’t want me to come in five times before I could get the abortion. The hospital treated it more like surgery, and it freaked me out; the appointment for dilating my cervix, and then coming back for the real procedure, felt invasive and scary. For weeks, I was scheduling and rescheduling over and over, and I wasn’t getting anywhere. In a state like California, I thought it would be easier.

It was not treated like any other medical procedure or surgery. I think it makes a difference, the easier it is to access care or the way the doctors treat you. You can tell if someone is judging you. Some of it was nonverbal, but they said, “This is a well-placed pregnancy, why don’t you want to go through with it? Is it because you don’t have support? What can you do to get support?” These are questions I had already answered for myself. What really made it hard was that I felt like I didn’t have anyone I could really talk to about all of it—I’m an immigrant, a woman of color, this is not something that is discussed among my family members or even my friends. It felt like uncharted territory, and I think fear of the unknown played a factor too. Certainly, all the disinformation on the Internet didn’t help either.

For weeks, I was scheduling and rescheduling over and over, and I wasn’t getting anywhere. In a state like California, I thought it would be easier.

I wouldn’t say I feel good or excited about having a baby. As soon as I made the decision not to abort, I regretted it. But I’ve made my peace with my decision. I’ve never been anti-abortion, but I do feel like this whole experience has made me even more pro-choice. It’s a simple procedure, but it’s also something that gets more complicated if you’re forced to wait longer and longer.

I think I will get excited about the pregnancy—it’s a good time for my kid to have a sibling, and my parents and my husband are excited about it. But for now, I’d be lying if I said it wasn’t complicated.