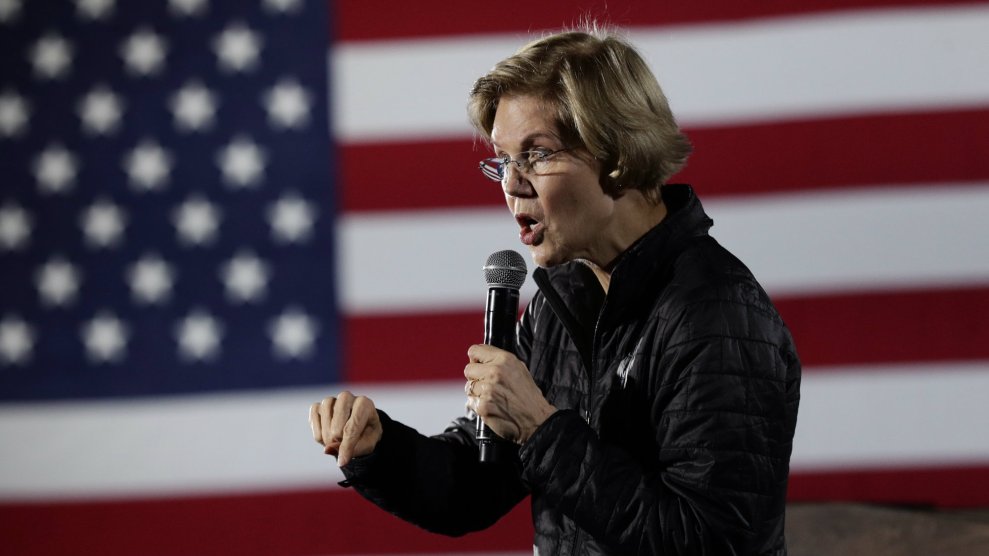 In the wake of the spread of the novel coronavirus, which has infected more than 110,000 people and killed more than 3,900 people worldwide, stock markets plummeted, Italy has banned most travel for its 60 million residents, and governments have moved from containment to mitigation as the inevitable infection numbers continue to rise. As the US death roll climbs to 26, and infections are reported in 36 states with at least eight governors having declared states of emergency, a group of Democratic Senators led by Elizabeth Warren (D-Mass.) are demanding to know what plans the Federal Bureau of Prisons and the private companies the agency contracts with have in place to protect inmates, staff, and their families from the infectious disease.

In a group of letters to BOP and three companies that contract with the agency—CoreCivic, Management and Training Corporation, and the GEO Group—Sen. Warren lists a series of questions she wants the companies to answer. “Thousands of incarcerated people, their family, and friends, and correctional staff move in and out of federal prisons every day,” the former 2020 presidential hopeful wrote. “As a result, the uncontained spread of coronavirus in privately-contracted federal prisons endangers the prison population, correctional staff, and the general public.”

In response to the epidemic, public health officials have recommended social distancing and hand washing with soap and water, as well as hand sanitizer with high alcohol content (which is often contraband in prison because of its potential for abuse). As I’ve reported recently, close living quarters and the frequently unsanitary conditions make it much harder for incarcerated people to follow the recommendations to stay safe.

Among the questions Warren and the other senators are expecting BOP and the three contractors to answer are: Details about the policies and procedures prison operators intend to put in place to prevent the spread of the disease; plans for how individuals in segregated housing will be monitored for infection; and what they intend to do in the face of staffing shortages should guards and other employees become ill. They also want to know what steps are being taken the improve sanitation behind bars, and how they propose to quarantine people who become infected.

“Given the spread of the virus in the US—and the particular vulnerability of the prison population and correctional staff—it is critical that CoreCivic have a plan to prevent the spread of the novel coronavirus to incarcerated individuals and correctional staff, along with their families and loved ones and provide treatment to incarcerated individuals and staff who become infected,” Warren wrote in the letter to the private prison group CoreCivic. The group was the subject of a 2016 Mother Jones investigation.

Sen. Warren and the other lawmakers, who include her former presidential rivals, Sens. Bernie Sanders (I-Vt.), Cory Booker (D-NJ), Kamala Harris (D-Calif.), and Amy Klobuchar (D-Minn.), are expecting BOP and the three private prison companies to respond to their questions by March 16.

Read the letters below: