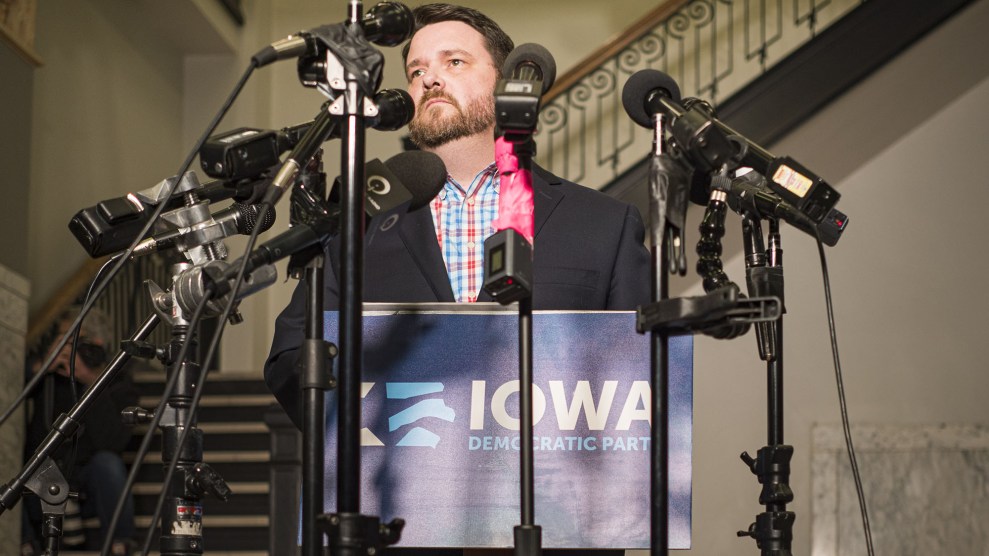 There were many, many problems that led to the implosion of the Iowa Democratic Party’s caucuses and the fact that it may never be known who actually won more delegates last week.

And while the Democratic campaigns long ago moved on to New Hampshire—even as Iowa’s results remain in dispute—the slow count after the caucuses should offer Americans an enduring lesson: Reliable election results take time, and perhaps elections officials, the press, and the general public should learn to live with that.

“Delay…is not a problem if people understand what’s going on.”

“One of the biggest problems with Iowa was about expectation setting,” says Rick Hasen, a law professor at the University of California, Irvine who specializes in election administration. After past caucuses, results were announced late on the same night, in time for cable talkers and newspaper front pages to chew the outcome over and produce momentum-boosting narratives that helped define the future of the race. This year’s delays allowed space for the legitimacy of the contest to be immediately questioned. “Had it been announced that it would take a couple days for everything [to be clear] then I think you wouldn’t have had all of this anxiety, followed by the statements about quality control, and all the things that made it look like a slow-moving car crash.”

Hasen, the author of the newly-published Election Meltdown: Dirty Tricks, Distrust, and the Threat to American Democracy, says that with more jurisdictions adopting early voting or broader absentee voting procedures that generally take longer to process, the public needs to stop thinking about election night and start grappling with an election period starting about a month before Election Day proper and extending out a few weeks after.

He points to the 2018 midterm Congressional elections in California as a prime example. In that case, late-arriving absentee ballots flipped what preliminary and incomplete counts made look like Republican wins to their Democratic opponents. President Donald Trump implied that the late returns somehow constituted “voter fraud” and Rep. Paul Ryan (R-Wisc.), then the Republican Speaker of the House, also questioned the results, calling the situation “bizarre.”

“The suggestion was if it’s taking time, there’s some kind of underhandedness going on,” Hasen says, “when, in fact, good election administration sometimes takes time.”

Hasen says election officials should work to clear up how long it will take to complete counts and get things right to politicians, the press, and the public. A good example of this, he says, was the way that Neal Kelly, the registrar of voters in Orange County, California, told voters after the 2018 midterm primaries that counting the remaining ballots would “take weeks,” helping to reset expectations in a jurisdiction home to several close and closely watched House elections. Without such proper messaging and widespread understanding, Hasen warns that slow counts could become yet another reason animating Americans’ distrust of elections.

“Delay, in and of itself, in announcing election results is not a problem if people understand what’s going on and people have confidence in the system,” Hasen says. “What Iowa did was convince people not only that it was late, but that the results were not to be trusted.”

Looking ahead to November, Hasen cites the potential for confusion kicked off by sweeping election law changes in Pennsylvania as “one of the things I’m really worried about.” The reforms will allow any voter in the perennially heated electoral battleground state to request a mail-in ballot while extending the deadline by which election administrators must receive them. The changes raise the possibility that numbers suggesting a narrow victory for one candidate early on election night could look very different as late-arriving ballots are counted. The result, Hasen said, could be what appears to be a Trump victory eventually shifting to the Democratic candidate.

“That could cause a lot of problems,” he said. Given that the president and his inner circle were eager to almost immediately and baselessly claim that the Iowa debacle reflected a “rigged” election, who knows what Trump would do if numbers that first made it look like his own campaign had clinched Pennsylvania’s Electoral College votes shifted in favor of another candidate once all votes were counted. “It’s one of my nightmare scenarios.”