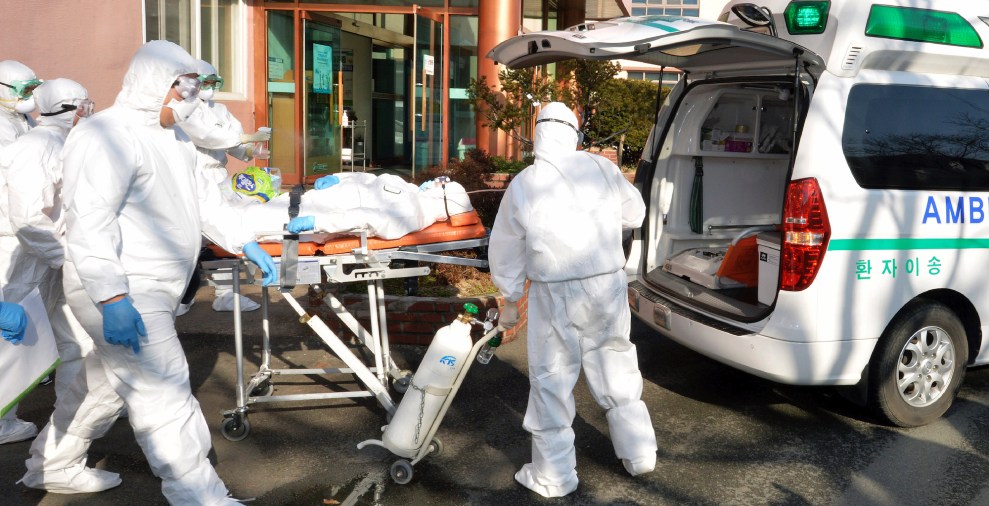 The novel coronavirus is not an official pandemic yet, but experts warn that it’s becoming more and more difficult to contain.

According to the WHO, on Friday there were more than 76,000 confirmed cases and 2,300 deaths in China. Outside of China, the respiratory virus has spread, with 1,200 cases in 26 countries. South Korea saw its cases double in one day to 200 new infections confirmed on Saturday.

The United States so far has 34 cases, all linked to travel abroad. That number, the New York Times says, is expected to rise with the Diamond Princess Cruise ship passengers yet to be counted.

“This outbreak could still go in any direction,” Tedros said. Countries with poor health-care infrastructure are the biggest concern for public health researchers like Yanzhong Huang of the Council on Foreign Relations. “I’m not concerned about Japan or South Korea,” Huang told CNBC. “I’m more concerned about Iran.”

Meanwhile, in the United States, experts worry that the public health infrastructure is unprepared for a pandemic. The Trump administration has left a leadership vacuum at the Centers for Disease Control and stalled a biodefense strategy that would prepare the United States for epidemics. This week, the Washington Post reported that the State Department overrode the CDC to fly 14 infected passengers who were on the Diamond Princess cruise ship back to the United States on a chartered flight without telling fellow uninfected passengers.

Only three states—California, Nebraska, and Illinois—have the ability to test for new infections, according to the Association of Public Health Laboratories. Even though the Food and Drug Administration approved a test two weeks ago, initial problems have delayed the roll-out for 100 public health labs nationwide.

Only three U.S. states can test for #coronavirus. We have been arguing about the financing mechanism for health care for over ten years, even as our health system *itself* has fallen apart. https://t.co/xkwSbEFJRx

Globally, the coronavirus has also taken a major toll on the economy, especially because of stalled factory operations in China. The research firm Capital Economics estimates that the disease will cost the world $280 billion in the first quarter this year. If that happens, it will be the first quarter in which the GDP will not grow since the economic recession in 2009.

The battle against the coronavirus is not just about preventing the spread of the virus itself. The reaction to the outbreak has also been mixed up with racist, xenophobic responses. Officials are working to counter the viral spread of false information, which WHO calls an “infodemic.” The group has launched a pilot program to combat conspiracy theories that claim the coronavirus is a man-made bioweapon—and to promote practices that really do stop its spread, like frequent, thorough hand-washing.