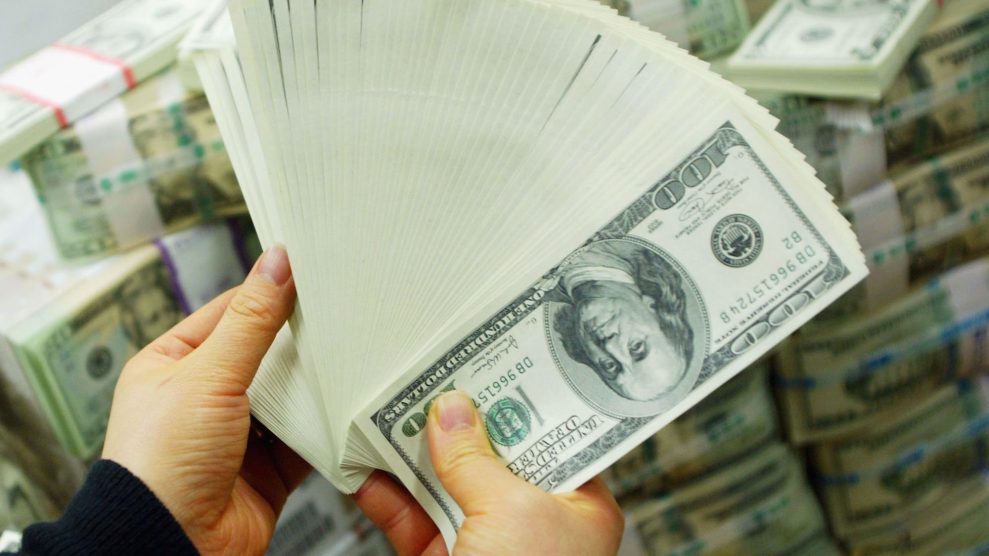 In December, the non-partisan research group the Institute on Taxation and Economic Policy (ITEP) released a report entitled, “Corporate Tax Avoidance in the First Year of the Trump Tax Law,” outlining the tax rates for 379 of America’s largest corporations in 2018. This was the first year key provisions from Trump’s major legislative achievement, the Tax Cuts and Jobs Act (TCJA) became active in the tax code. With a corporate tax rate reduced from 35 to 21 percent and new tax liability write-offs, plus preexisting longstanding business loopholes for tax avoidance, the effective tax rate for the companies analyzed was 11 percent. Among the biggest winners were the oil and gas industry whose average rate plunged to 3.6 percent.

Then there was Chevron, which the report singled out for having benefitted generously from the new tax code. Despite a US pretax income of $4.5 billion—which would mean a new corporate tax rate of $954 million (or a mere $162 million if taxed at the average rate of other oil and gas corporations)—Chevron paid about negative $181 million in taxes. That means the massive oil company will enjoy a tax rebate from the IRS, according to ITEP.

Chevron has lots of corporate company in avoiding federal taxes. Amazon, IBM and Halliburton also paid no federal taxes for 2018. In a November story, The New York Times described how after the tax cuts it had lobbied strenuously for went into effect, FedEx paid no taxes at all in 2018. This was after paying $1.5 billion in taxes in 2017, when its effective tax rate was 34 percent. And of the nearly 400 Fortune 500 companies mentioned in the ITEP report, with a cumulative profit of $765 billion, 147 paid less than 5 percent in taxes to the federal government.

But these are only estimates, says report co-author Matt Gardner, a senior fellow and corporate tax expert at ITEP. “There is far more that we don’t know than what we do know for Chevron, or any of these companies, for what’s driving their effective tax rates,” he explains. “We don’t have access to the tax returns.”

They do, however, have access to 10-K forms, which are the reports large companies are required to publicly disclose that offer a broad view into their financial status. From a few nuggets in Chevron’s 10-K form, Gardner and his colleagues, who are federal tax policy researchers, were able to draw a rough blueprint for how the company used a combination of methods to reduce their rate until, as in Chevron’s case, the US government was issuing a check.

So how does this work?

The largest chunk of Chevron’s $1.1 billion in tax breaks came in the form of tax deferral, a longstanding tax instrument that enables businesses to postpone paying taxes until a later fiscal year—sometimes indefinitely. Tax deferral is not new, but by lowering the corporate tax rate from 35 to 21 percent, Trump’s tax law made it possible to defer even more taxes on a company’s books. According to Chevron’s 10-K form, various deferments moved $738 million into the future for Chevron to pay later. “A chunk of it is that the company is using tax breaks it has stored up from prior years,” Gardner explains, estimating that this would potentially add up to $400 million.

According to its 10-K form, it appears that Chevron may have used that amount in available tax credits from previous filings, though some may have gone to state taxes. “There’s no geography attached to any of these things, and so it’s impossible to know what fraction of any of them are actually reducing federal, rather than state or foreign tax,” Gardner wrote in an email. “It seems pretty likely to me that a big chunk of each of them are, in fact, federal tax breaks.”

The other big driver of Chevron’s deferments is accelerated depreciation, a new tax provision introduced by TCJA. Depreciation of certain assets, such as heavy machinery that becomes less valuable over the years, has been part of the tax code for years. “You use a machine year after year and every year it becomes a little less efficient,” says Dr. Thornton Matheson, a senior fellow who studies taxes and the environment at the Urban Institute, a think tank that tracks the effects of economic policy. “The value of that machine is going down over time. Eventually it will be worthless.”

But now the rate of this depreciation has been accelerated, which helped Chevron avoid $300 million in taxes and will save other industries that use heavy machinery hundreds of millions of dollars more. Businesses are able to pay lower and lower taxes on that machinery, until replacing it and starting all over again. Accelerated depreciation was previously only available to small businesses, but now companies are permitted to write off all taxes on new hardware immediately. In theory, the fact that companies are able to write off more from their taxes now, would mean that in the future they would only be able to write off less, so it is all supposed to equalize. It is, in effect, an interest-free loan in the amount of tax that would be paid on the item’s value. “The extreme expensing is one way that your taxable income can be less, in this case substantially less, than your pretax income,” says Matheson.

“Corporate tax avoidance is not a law of nature but rather something that lawmakers have decided to allow.”

Still, $400 million in deferred tax credits and $300 million in accelerated depreciation falls about $400 million short of the total tax breaks Chevron received in 2018, which by ITEP’s count was $1.136 billion. Accounting for that gap becomes especially tricky with such little public financial disclosure available. Researchers estimated that Chevron was able to reduce its tax bill by an additional $163 million in other tax credits, and $134 million in other tax breaks. One of those breaks could be the $51 million depletion from the settlement from a previous tax dispute between Chevron and the US government, the details of which are missing beyond acknowledgement of that dispute. “There’s a real limitation of what we can say about these companies,” Gardner notes.

The report calls for an increase in transparency in financial disclosure for corporations. “The fact that a report such as this takes several months to complete illustrates the need for clearer and more detailed public information about companies’ federal income taxes,” the report states. One recommendation is the closure of the corporate tax loopholes that allow corporations to evade their now-reduced tax liabilities. “Corporate tax avoidance is not a law of nature but rather something that lawmakers have decided to allow,” the report says. After all, it asks, what was the point of lowering the tax rate if it has such little bearing on what the largest companies in the United States’ will actually pay?

That lack of accountability and easy circumnavigation of the tax code damages both the economy and public trust in the officials who are assigned to oversee it. Every dollar that large corporations avoid forking over to the government still needs to be paid, Gardner says. That dollar comes to the government by borrowing or by taxing someone else. But what worries him more about ITEP’s study is its proof of the government’s bad faith. “If there is one thing Americans can agree on in the tax world, it’s that it is wrong that big profitable corporations should avoid all income taxes,” he says. “This sort of finding is incredibly corrosive [to institutional trust].”

Still, not everyone considers these features of the corporate landscape to be problematic. After the report’s release, Rep. Kevin Brady (R-Tex.), who co-authored the 2017 tax reform, said, “The US labor market is stronger than ever. Wages for blue-collar workers are rising, and there are more job openings in our country than there are people looking for work.” In a statement to Mother Jones, a Chevron spokeperson emphasized its role as an economic stimulator and pointed out that its tax filings are in line with corporate tax code. “Chevron complies with all applicable tax laws,” Chevron spokesperson Sean Comey wrote in an email. “Our approach to tax matches our efforts globally to conduct our business legally, responsibly, and with integrity.”