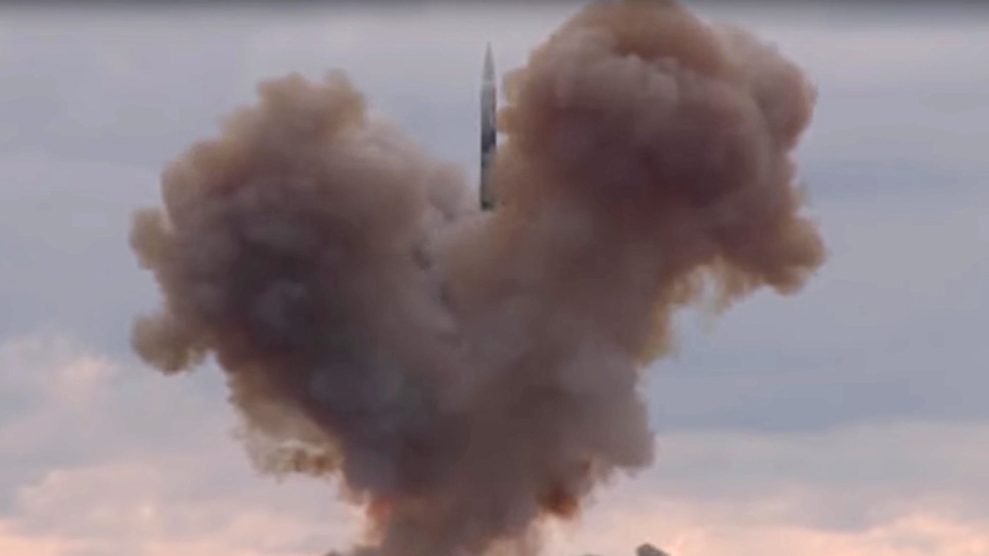 Office of the Defence Ministry of the Russian Federation/ZUMA

In his mission to appoint an immigration hardliner to lead the Department of Homeland Security, President Donald Trump has run into a problem. His top two picks for the job don’t meet the legal requirements to be made acting secretary. Neither Ken Cuccinelli, the acting director of Citizenship and Immigration Services, nor Mark Morgan, the acting head of Customs and Border Protection, has been confirmed by the Senate. And neither is in the line of succession for the job or has served more than 90 days under the previous DHS secretary. That makes them ineligible to be tapped as acting secretary under the Vacancies Act with the current chief, Kevin McAleenan, stepping down.

The administration needed a workaround, and it landed on an obscure one, using an office called the Countering Weapons of Mass Destruction Office.

The administration’s argument is that the leadership position of CWMD is a lower office, to which the executive has unrestrained power in its appointments. The New York Times reported earlier this week that from there, the administration thinks a nominee like Cuccinelli could be lifted to the DHS secretary position.

Even prior to these developments, CWMD was shrouded in controversy. Its last head, James McDonnell, resigned last month at McAleenan’s request. McDonnell, a Trump appointee, spent his tenure downsizing the department, promoting disputed metrics for anthrax detection, and sending its employees scurrying to other jobs.

Friday brought news that the administration may back away from its plan and name an acting DHS secretary who more clearly meets the criteria for the job. But given the intrigue around CWMD, I spoke with Miles Pomper, senior fellow at the James Martin Center for Nonproliferation Studies, about why the office shouldn’t be politicized, and why it needs a worthy leader more than ever.

Mother Jones: Can you tell me a little about about what the Countering Weapons of Mass Destruction Office does?

Miles Pomper: It’s supposed to prevent terrorists from carrying out a WMD attack and getting the materials that they would need to do so.

MJ: Tell me about the transition from CWMD’s predecessor, the Domestic Nuclear Detection Office, to CWMD under President Trump.

MP: It was in the process to some degree before Trump came in. Some people were concerned about what would happen to the DNDO, which people kind of regarded as a crown jewel of the US government, but they had good people who were running it, so it didn’t really matter that much. Then Trump came in and appointed this guy who was…not very good. That kind of compounded the bureaucratic problems.

MJ: How important an office is CWMD in DHS?

MP: Well, it’s very important. Not just for DHS, but for national security. We’re talking about protecting the country from terrorists using WMDs. I can’t really think of a lot of threats that we would be more worried about.

MJ: What qualifications should the head of that department have?

MP: You want someone who’s had significant national security background, particularly in the WMD space.

MJ: To your knowledge, do Cuccinelli or Morgan—

MP: No. I mean when these guys are getting appointed, it’s obvious what their priorities are for homeland security. That’s only immigration, apparently, which is an important function, but so is protecting the country from terrorists.

MJ: What are the consequences of leaving this position without a committed steward?

MP: Well I think the real thing is, sometimes you’d have an acting person, that would be fine, but the last occupant really gutted this office. And, to credit the previous secretary for at least recognizing that and forcing him to resign after it was destroyed—but you really need someone there who can come in and clean up the mess and get these national treasures back to doing what they do well.

MJ: So if this administration is serious about CWMD, what steps should they be taking right now?

MP: The first step is they should appoint someone competent to run the office, who’s got the right experience. There’s plenty of those people in the government. Plenty of people who are Republicans, and so on. There’s no shortage of people they could find who are capable of running this kind of thing. I don’t know why they would choose people who don’t have this ability. I mean, what message are you sending to your staff if you tell them that we’re just using this as a pass-through to sneak our way around Congress and political opposition rather than taking the mission seriously?